Weird Domestics: What You Don't Know About Victorian England

How Victorian England has influenced the modern world

Photo public domain via The Library of Congress.

A lot of important stuff happened in 19th-century England, and those major events and historical developments had an enormous impact on the 20th century. In fact, life as we know it in 2017 would look very different if Britain hadn't industrialized on an impressive scale, altered its system of government, colonized and made war all over the world, and so on. Most of us learn about the big stuff in school and then forget about it until we're watching a Victorian miniseries on Masterpiece Theatre. "Oh yeah," we say. "Yeah, that thing was happening when Dickens wrote Great Expectations." But I'm here to tell you, it's the LITTLE stuff from the 19th century that you won't forget—partly because it's just so freaky, and partly because it's so familiar. Those weird Victorians sometimes sound a little too much like us.

In 1856, a young chemistry student named William Henry Perkin revolutionized the textile industry by chance. While trying to synthesize a cheap version of quinine, the bark extract used to treat malaria, Perkin accidentally created the world’s first aniline dye, which he called mauveine (later shortened to mauve). This inexpensive substance produced a brilliant, lasting purple color on fabric. Perkin and other chemists soon developed other aniline dyes in different colors. Textile factories established in the Industrial Revolution could now use better and cheaper dyes to produce a whole range of bright colors. 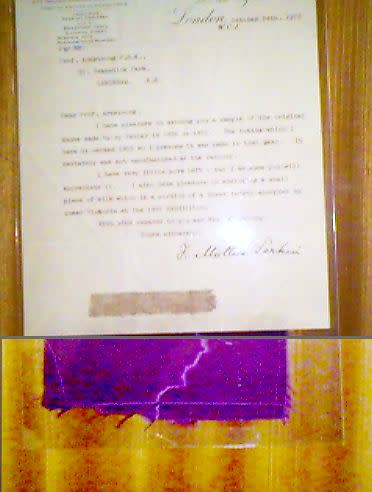 Sample of mauveine dye on silk. Photo by Henry Rzepa, via Wikipedia.org.

Mrs. Beeton may rightly qualify as the world’s first lifestyle blogger. In 1861, she and her husband published a collection of recipes and a comprehensive guide to housekeeping called Mrs. Beeton’s Book of Household Management. Any middle-class Victorian lady who had problems handling her servants, her children, or her housekeeping budget could find answers in this book. It became a runaway bestseller in the 19th century and remains in print to this day. 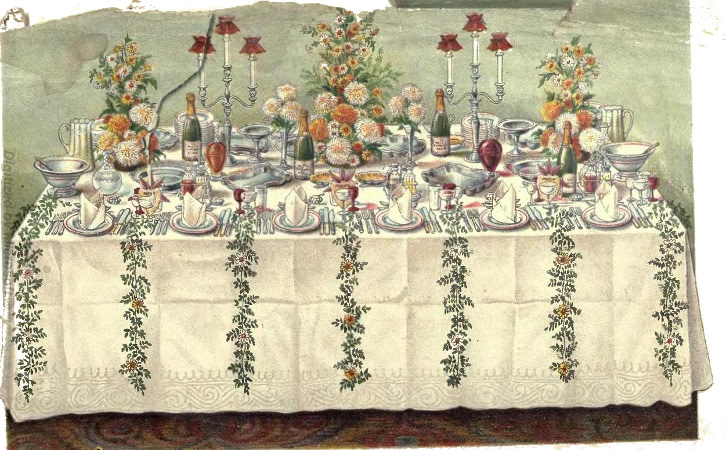 Fun facts about this book:

If you enjoy reading about weird Victorians, you’ll love Knitting Traditions 2017, where you can read about the Great Exhibition of 1851, the first licensed female pilot, a lady Egyptologist, novelist Sir Walter Scott, and much more!