A Handstitched Collection of Mid-Century Handkerchiefs and Pillowcases

Pillowcase and handkerchief with crocheted butterflies and edging. Photos by Maurice Marietti

Until the middle of the past century, options for the average American woman were severely limited and centered solely on the home. Within that sphere, many of these “housewives” expressed their individuality and creativity through their needlework.

The typical mid-century woman could sew, embroider, crochet, and knit—skills a large number of them used to decorate everyday items, such as handkerchiefs, pillowcases, and table linens. I am fortunate to have a small collection of handstitched pillowcases and women’s handkerchiefs. Most were worked by my grandmother in the 1950s. 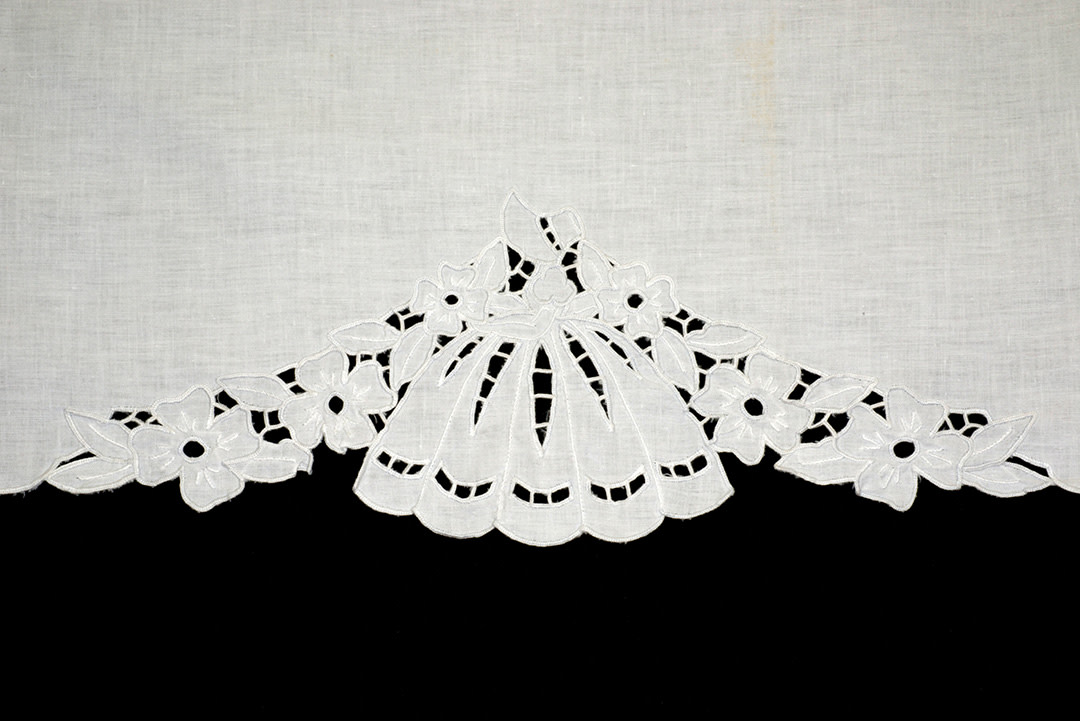 Like most of her peers, my grandmother married young, kept house, and passed down her needle skills. My mother taught me to sew, but it was my grandmother who taught me to decorate, trim, and—sometimes—to create items with needlework stitches. I learned to embroider, crochet, tat, and make hairpin lace. When I was about ten, she nudged me into some level of compliance for domesticity by teaching me to embroider pillowcases for my “hope chest.”

House-proud women, such as my grandmother who rarely sat without a needlework project in hand, were inspired by publishers and supplied by merchants with materials and tools. Plain woven pillowcases and cotton handkerchief squares were inexpensive and widely available. Perfectly fine to use as purchased (that is, plain), they were blank canvases for housewives eager to enrich their lives and make their surroundings more pleasing. Embroidery transfer designs and pattern books for edgings were plentiful. Local newspapers included columns with ideas and patterns, too. 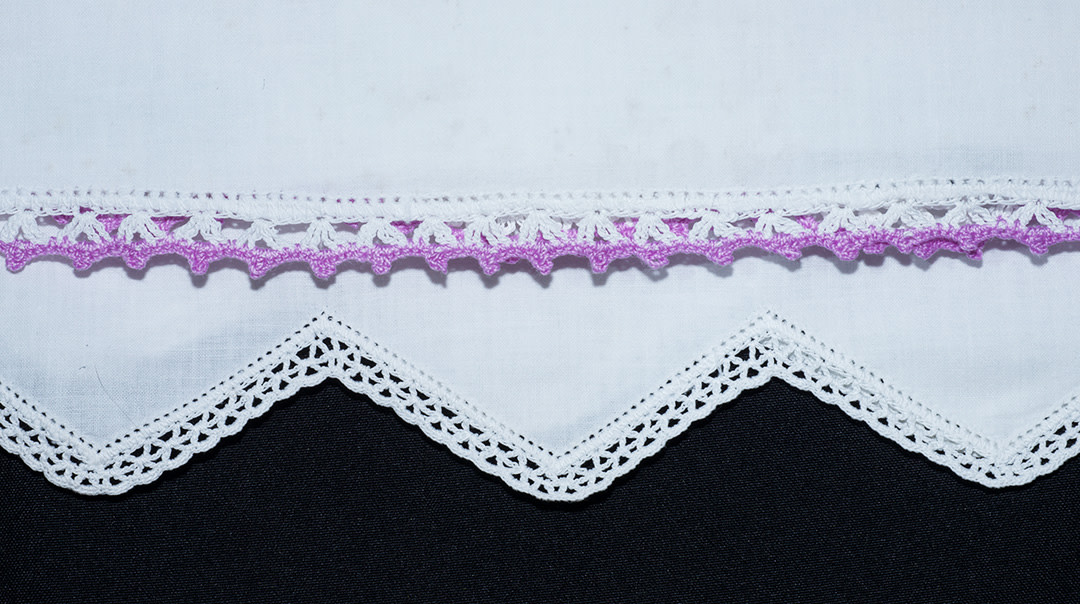 Pillowcases, which require frequent washings and ironings, were often embroidered and edged with crochet stitches. My grandmother’s white-on-white cutwork embroidery is particularly lovely, but she mostly focused on crochet work. She must have particularly loved crocheting the variegated orange butterfly pattern because I have two examples. One decorates a handkerchief and the other, a pair of pillowcases.

Crocheted edgings were also common on handkerchiefs, but more delicate tatted and hairpin-lace edgings were possible with these more finely woven fabrics. At a time when women carried hankies in their pocketbooks, it was a discreet but obvious way to show off their skills. The frilliest ones in my collection have hairpin lace inserted between crocheted stitches. 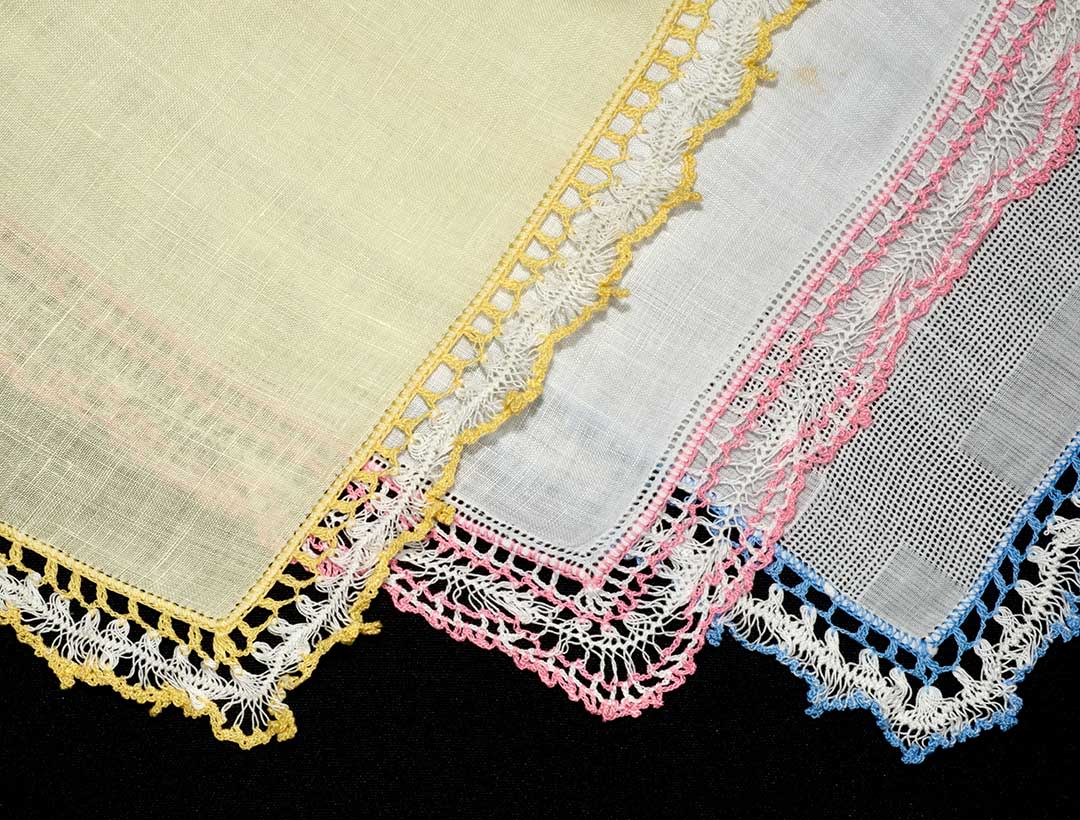 Many handstitched handkerchiefs and pillowcases have long since been discarded—either because they were worn out or out of fashion. Some appear in second-hand shops and online stores but have little value. They are orphans with no personal connections or memories. Mine are different. They have memories.

Inspired by interwoven, interlaced, and interlocked threads in both old and new fiber creations, Charlene Marietti is an interdisciplinary fiber artist who lives in Medford, New Jersey. She is a graduate of City & Guilds of London Institute and London College of Furniture (London Metropolitan University).