The subtle shading of colors and delicate cross-stitch work on linen fabric in Irina Stepanova’s “A Berlin-Work Reindeer Ornament to Stitch,” from PieceWork’s September/October 2017 issue, captures the essence of nineteenth-century Berlin work.

The subtle shading of colors and delicate cross-stitch work on linen fabric in Irina Stepanova’s “A Berlin-Work Reindeer Ornament to Stitch,” from PieceWork’s September/October 2017 issue, captures the essence of nineteenth-century Berlin work. Victorian needleworkers delighted in interpreting the natural world with needle and thread. Irina shares the inspiration behind her charming ornament. ~Elizabeth 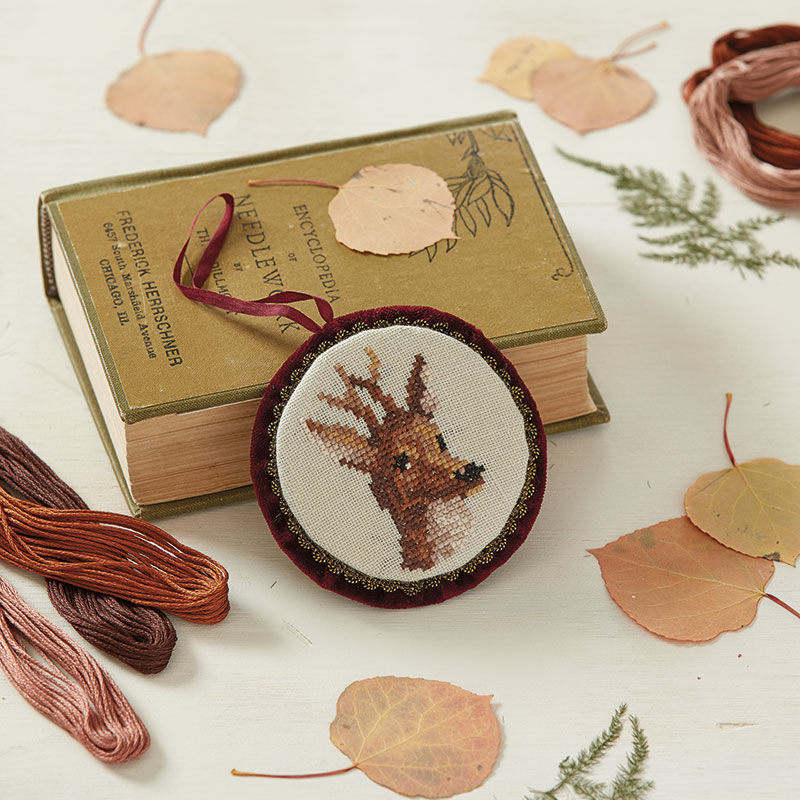 Irina Stepanova’s delightful reindeer will add a touch of Victorian whimsy to your holiday tree. Photo by George Boe.

While not much is known about Heinrich Kuehn’s printing house, it appears that his early patterns were produced at Scharrenstrasse 17, at the corner of the Petriplatz, in Berlin in the 1850s. Some patterns, like this one, have the address of Scharrenstrasse 19, printed on them, indicating that the company may have expanded or moved to the adjacent building. In 1883, the business was still located at the Petriplatz, but the Kuehn family had moved to Villa Kuehn in the Steglitz borough of Berlin.

By 1887, the company was operating as Heinrich Kuehn, Vereinigte Stick-uHäkelmuster-Verläge (United Embroidery and Crochet Publishing House), at Spittelmarkt 7 s. 9-5, Berlin. About 1901, Kuehn’s widow, Anna, and his son, Max, started managing the company at its new address: C. Kölln, Fischmarkt 4 in Berlin. In 1913, the company moved to Oranienstrasse, 81/82, and remained there until the 1940s. Between 1915 and 1921 they offered “arts and crafts workshops for modern handicrafts of all kinds.” From 1921 to 1943, Max Kuehn ran the company, mostly printing one- and two-color embroidery and crochet booklets. I could find no information about Heinrich Kuehn’s printing house after 1943. 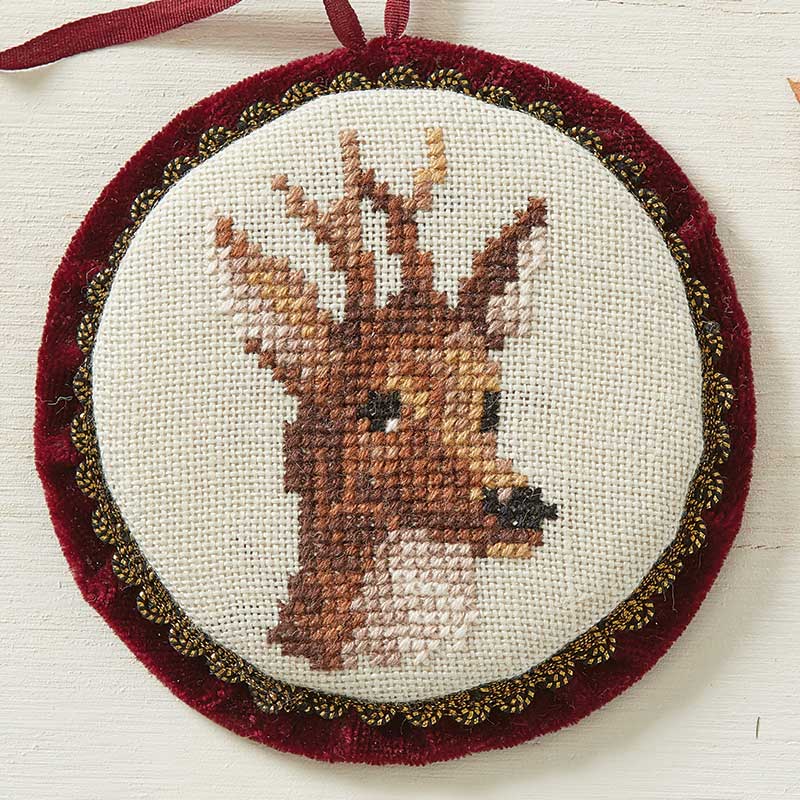 Originally, Berlin-work patterns were stitched with wool, but I chose cotton floss to convey the subtle shading of the reindeer fur. The metallic trim and silk velvet background fabric I used for making the ornament were manufactured in the 1890s. The readily available materials listed below also will create an ornament with all of the hallmarks of a Victorian piece.

Irina Stepanova is a designer, a collector, and the owner of Mishutka Design Studio (www.mishutkadesign.com). She writes about the Victorian Cottage lifestyle, and her projects and embroidery designs are a tribute to nineteenth-century women’s needlework.