Buying Lace on a Russian Train

Friends back home had suggested that I purchase lace while in Russia.

Two knitted lace shawls purchased by the author while aboard a train in Russia. 2006. Photos by Joe Coca

When my husband, Ron, and I decided to visit the place in Russia from which his grandparents left to come to America in 1903, we engaged Luda Hamblin, a travel agent who had grown up in Russia, to arrange a trip for us. Ron’s grandparents were Volga Germans, descendants of a group of Germans who had heeded the invitation of Catherine the Great (1729–1796) to leave Germany and come to Russia to farm the land, and they had lived in the village of Frank (Medveditskoi-Krestovoi Buerak in Russian) located in Saratov Province in the Lower Volga region on the Medveditsa River. 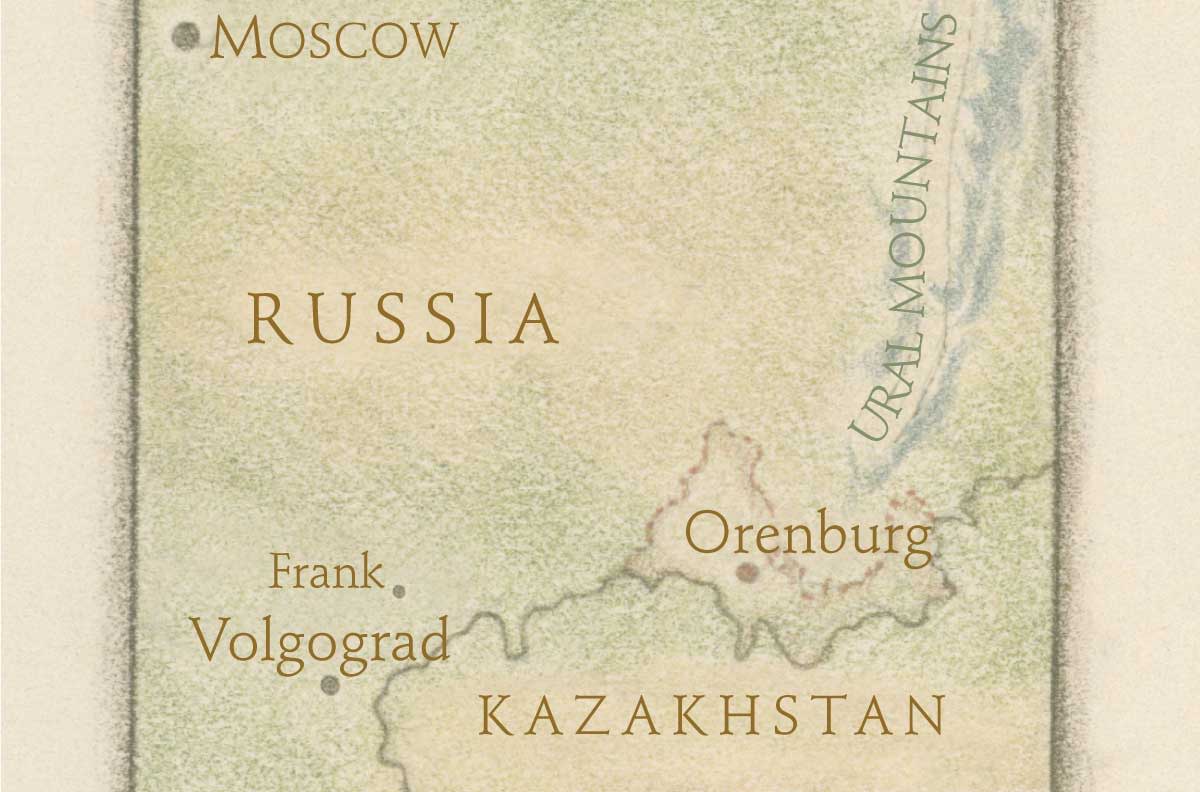 We traveled from St. Petersburg to Moscow, from there to Saratov, and finally to Frank. The Russians destroyed most of the Volga German communities, including Frank, during World War II (1939–1945), and the inhabitants were exiled to Siberia to work in prison camps. Frank has now been rebuilt and contains about 2,500 people, including thirty families of Volga Germans. No relatives of Ron’s still live there, but we did visit the home of Katherina Hoff, a Volga German who happened to have examples of gorgeous lace displayed throughout her home. (Friends back home had suggested that I purchase lace while in Russia, but Katherina’s lace, unfortunately, was not for sale.)

After visiting Volgograd, Ron and I were asleep on the overnight train back to Moscow when Russ Stacey, a good friend and traveling companion, awakened us at about 11:30 to tell us that some women were standing on Two knitted lace shawls purchased by the the platform outside the train offering lace for sale (he knew that I had been searching without success for handmade lace since we had arrived in Russia). I left our compartment and went looking for the women. I bought a square knitted lace shawl while leaning out of the train. On my way back to my compartment, I met another one of the women; this one had boarded the train, trying to sell her work. She had a beautiful rectangular knitted lace shawl, which I also purchased. (Each shawl cost 300 rubles, the equivalent of $11.13 in 2007.) It wasn’t until I stepped back into my compartment, holding my treasures, that I realized I was still in my nightgown. 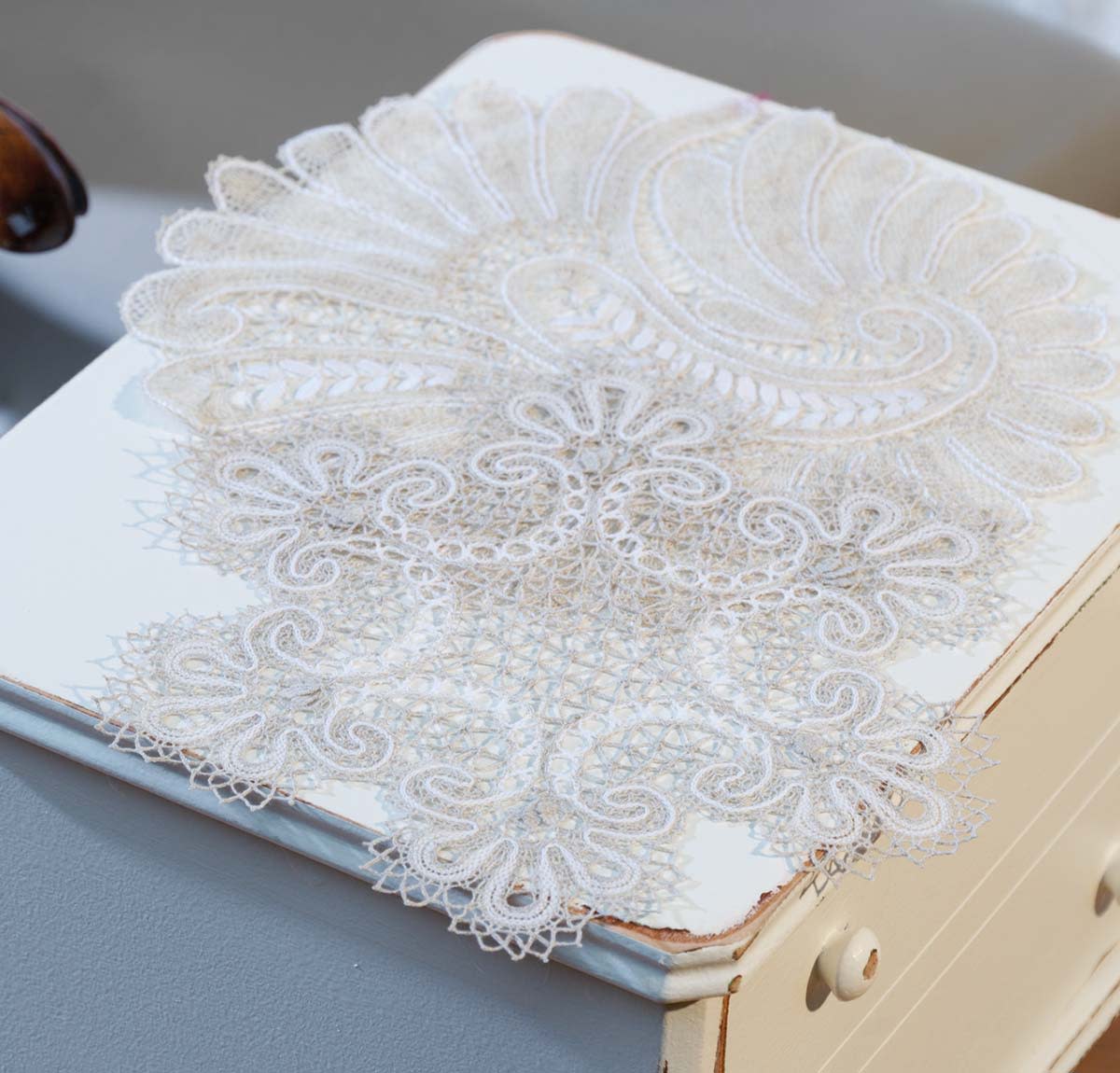 Two linen lace doilies purchased by the author in a store in Moscow, Russia. 2006.

In Moscow, I purchased two lace doilies made of linen and several small replicas of Fabergé eggs for necklaces in stores, but it was the shawls that captivated me. After returning home, I learned that the shawls were similar to Orenburg shawls, so fine that they can be passed through a wedding ring, and that the tradition of the Orenburg shawl dates to the seventeenth-century when the wives and daughters of the Cossacks living on the Russian steppes began to knit the shawls. I previously had no idea of the long history of knitted lace shawls in Russia. Now, knowing what I know, I think I’ll try shopping in my nightgown more often!

Joyce Walker and her husband, Ron, live in Colorado.

This article was published in the July/August 2007 issue of PieceWork.