You and Rattlesnake Kate

I know I’m not alone in the joy I take in reading through early back issues of PieceWork. Sometimes in the furious editorial planning of a new year, it’s useful to look back at where we’ve been—plus it’s really fun. I rediscover projects that I’m eager to get on my needles, fascinating social and cultural history from all over the world, and one of my favorites, the unforgettable characters that come to life on the pages. 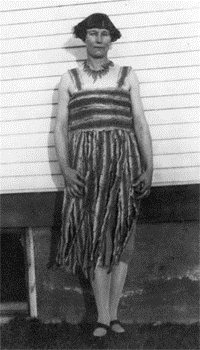 In preparing for our newest release of all 2000 and 2001 single issues available for digital download, I admit to spending a lot of time looking through theMarch/April issue, which we can call the “Wild West” issue. It’s full of triumphant stories about the lives and needlework of women homesteading and eking out a life in the rugged, unknown territories of Colorado, Texas, and Oklahoma. This appeals to me personally because of the pioneer stories from my mother’s family—my mother’s great aunt Jessie allegedly strangled a wolf with her bare hands when it jumped up on her wagon. I’ve always tended to think of that as mere family legend, but after reading through this issue and identifying with those plucky women, I so want it to be true!

Especially after reading about Rattlesnake Kate. 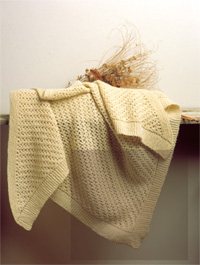 “Feisty and independent” Rattlesnake Kate, as author Peggy Ford describes her, was a woman living on the plains of Colorado in the very early twentieth century. Married and divorced six times, Kate was a taxidermist, farmer, midwife, and bootlegger. But why the moniker? It seems that one day Kate ran into a large den of rattlesnakes and in the process of defending herself and her three-year-old son on a horse nearby, killed at least 140 rattlesnakes. That’s an incredible story, but as is typical of the women of the west, Kate turned it into something amazing. She used the rattlesnake skins to make herself a dress and matching shoes! When she became famous as Rattlesnake Kate, she beaded herself a belt, too.

While we don’t offer instructions for making your own rattlesnake dress, the Wild West issue has some great projects for you to try: the prairie shawl to knit, a lacy crocheted edging, and a cross-stitched sampler. Learn more about Kate by reading the article in that March/April 2000 issue of PieceWork, and discover all the other fabulous characters in this and every PieceWork.