This Week in History: Rembrandt and Bobbin Lace | PieceWork

This Week in History: Rembrandt and Bobbin Lace

One of the articles in the May/June 1994 issue of PieceWork is Marni Harang’s “The Flowers of Flanders: Seventeenth-Century Flemish Bobbin Tape Lace.”

July 15, 1606. On this day, Rembrandt Harmenszoon van Rijn was born in Leiden in the Netherlands. He apparently knew early in life that painting would be his mission in life. In 1631, Rembrandt moved from Leiden to Amsterdam and embarked on his career as a professional portrait painter.

This master painter was so well-known for his portraits that being painted by Rembrandt became one of the benchmarks for the upper echelons of Flemish society. While there is no evidence that Rembrandt was a lace aficionado, he painted the lace worn by the people in his portraits with meticulous attention to detail. He would have known that lace signified wealth and privilege.

One of the articles in the May/June 1994 issue of PieceWork is Marni Harang’s “The Flowers of Flanders: Seventeenth-Century Flemish Bobbin Tape Lace.” Marni, bobbin lacemaker, teacher, and designer, delves into the history of bobbin lacemaking in the epicenter of European wealth during the 17th century. Here’s an excerpt from Marni’s fascinating article: 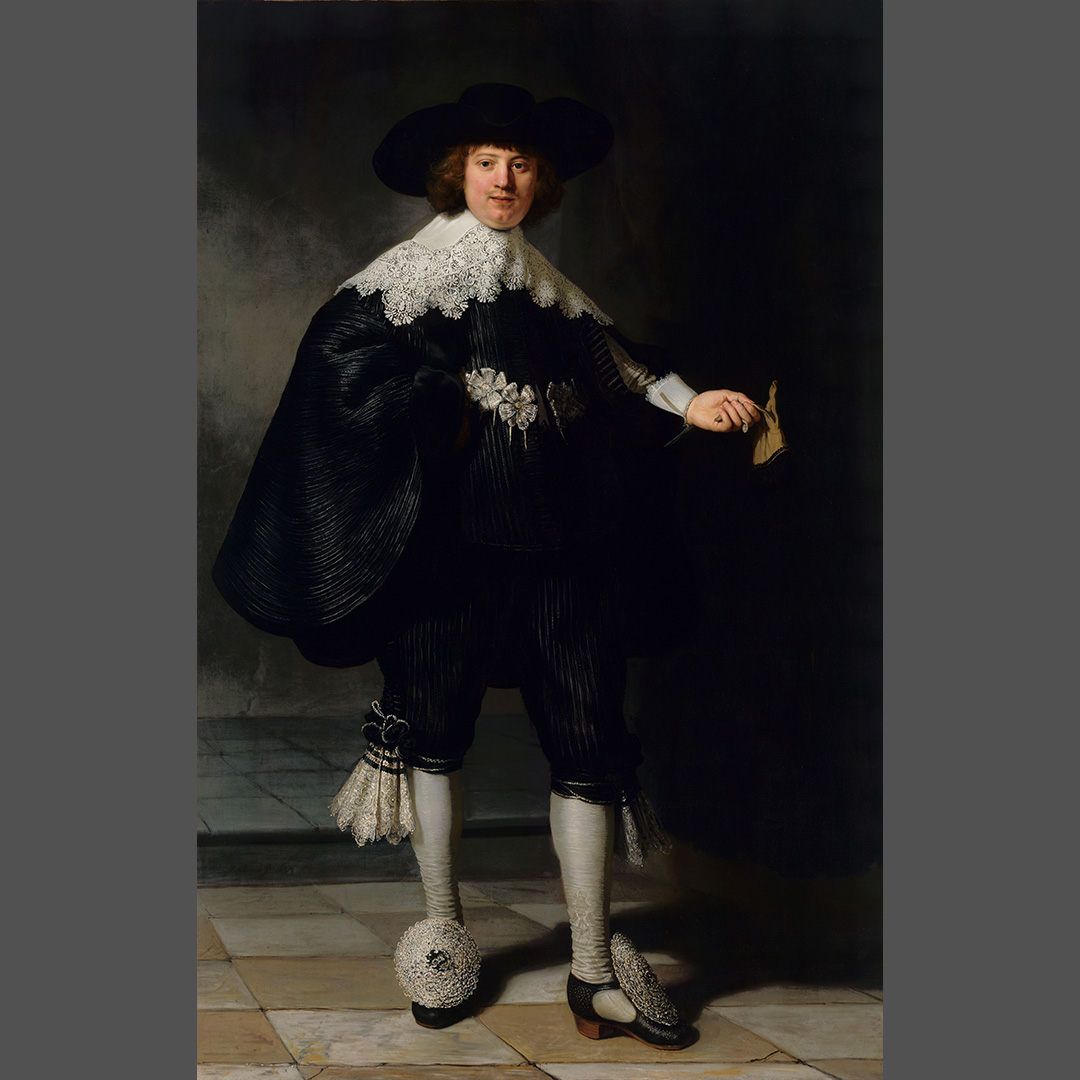 Portrait of Marten Soolmans by Rembrandt van Rijn shows that lace was a very important accessory in the Netherlands in the 17th-century. Oil on canvas. 1634. Collection of the Rijksmuseum, Amsterdam; joint acquisition by the Dutch State and the French Republic, collection Rijksmuseum/collection Musée du Louvre. (SK-A-5033). Photo courtesy of the Rijksmuseum.

Marni Harang designed her companion project for readers to learn the basic techniques of bobbin lace. Here are the materials needed to make “A Floral Motif in Flemish Bobbin Tape Lace”:

Download the May/June 1994 issue of PieceWork for Marni’s complete article and the instructions for making the motif.

Happy birthday, Rembrandt. Thank you for your portraits that showcase the exquisite handmade bobbin lace that was being made in Flanders in the first half of the 17th century. And thank you to all of the bobbin lacemakers, past, present, and future for bringing us such beauty.