Stitching monograms onto household linens and clothing is a timeless way to personalize your life. It is no surprise: monograms are seeing a resurgence.

Stitching monograms onto household linens and clothing is a timeless way to personalize your belongings. One of the features in the September 1935 issue of Home Arts—Needlecraft was “Crocheted Markings for Towels and Blankets.”

“The monogramming of thick textiles, such as bed blankets and terry or Turkish towels, has always been somewhat of a problem. It can, of course, be done by the commercial machine process, but such letters are necessarily more or less stereotyped. 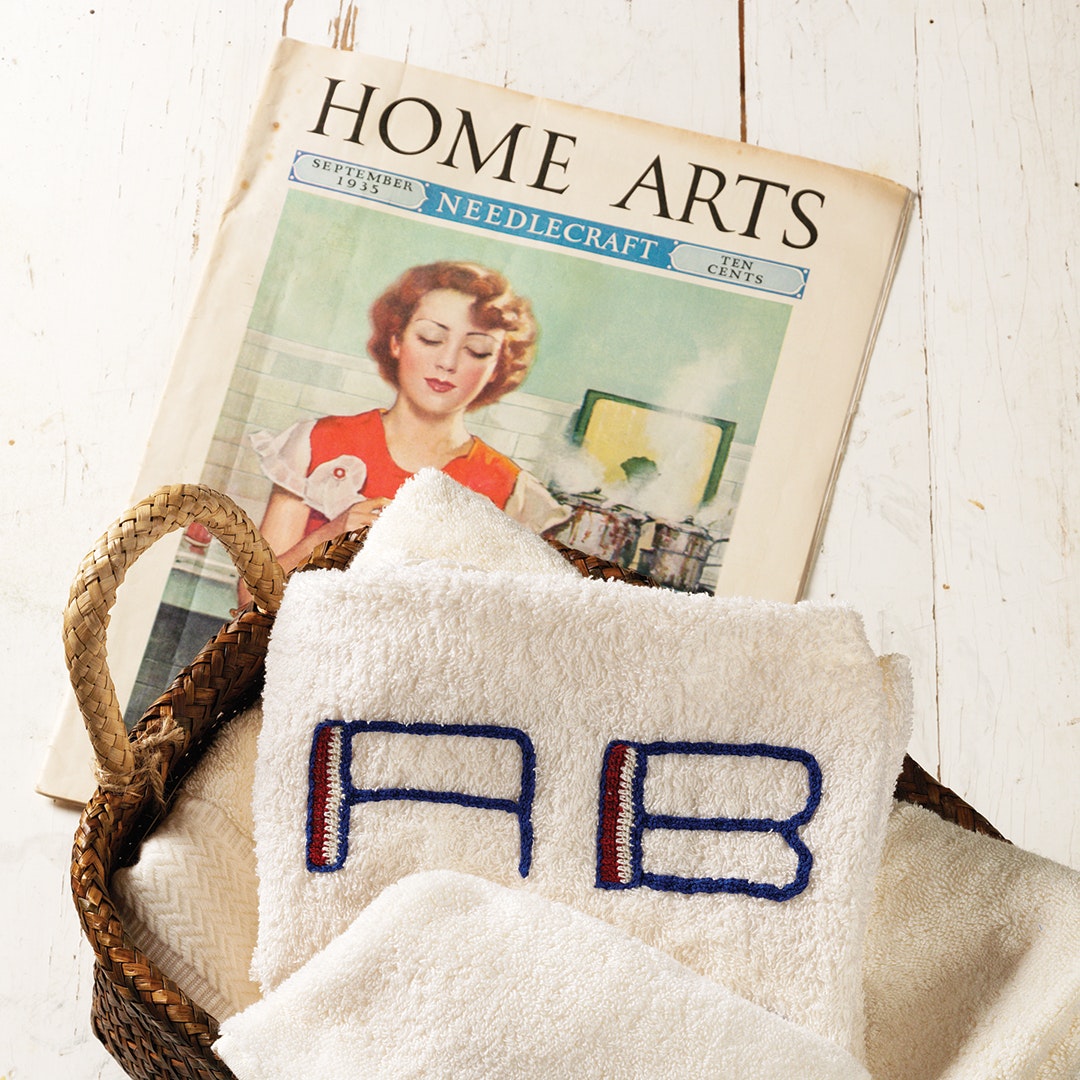 “Crocheted letters, on the other hand, permit of being styled to suit the patterning of the towel border, as well as its color. They are sewed in place and because of the thickness of the foundation fabric the stitches do not show through on the back, which is another advantage. And best of all, perhaps, from the standpoint of one who must count pennies, the materials cost only a trifle and the letters are so quickly made that even the marking of an entire set of trousseau bath-towels is no effort at all.” 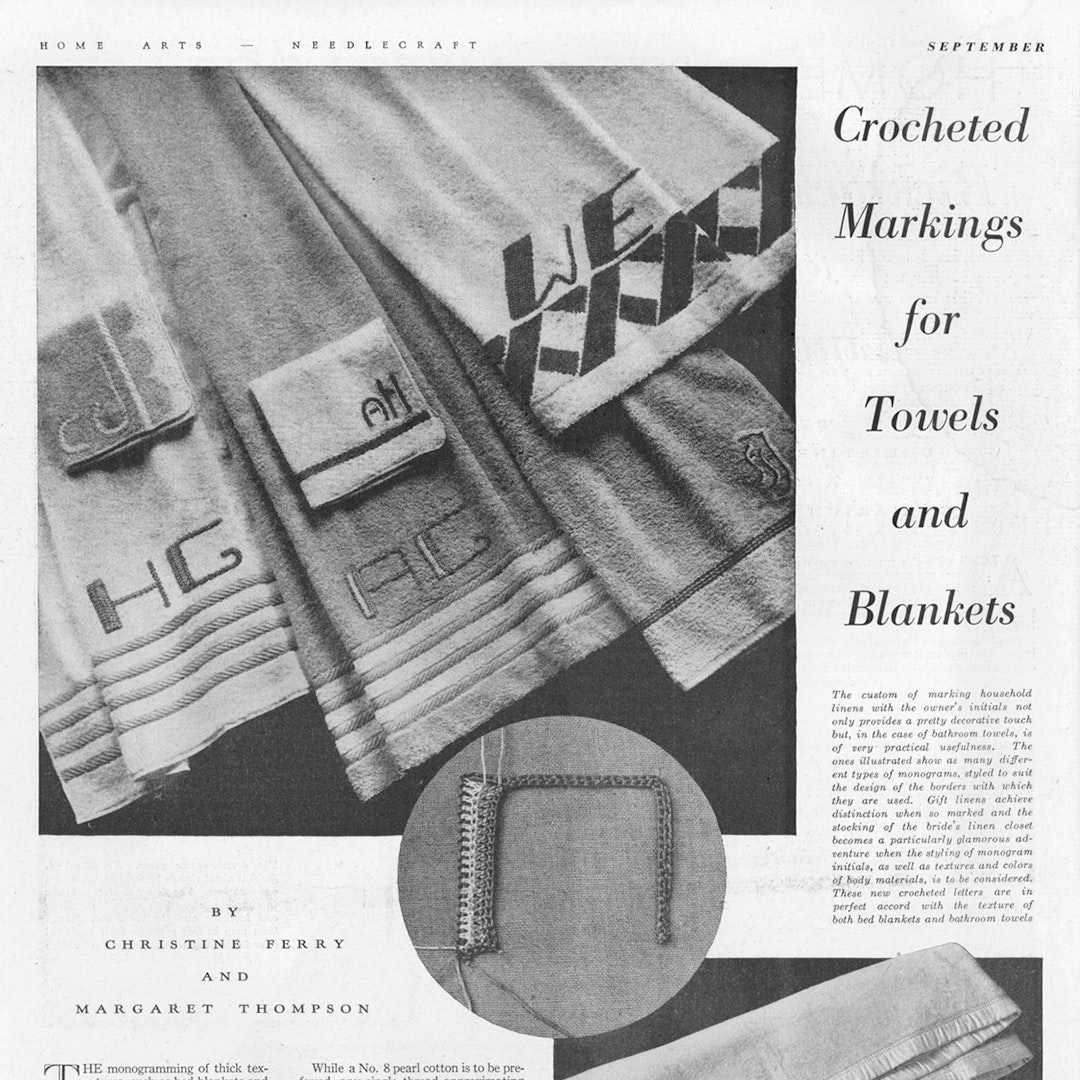 The opening page of the article “Crocheted Markings for Towels and Blankets” from the September 1935 issue of Home Arts—Needlecraft.

The opening page of the article is shown above. Nancy Nehring, author, designer, and frequent PieceWork contributor, crocheted the entire alphabet of one of the styles and sewed the letters onto a piece of terry cloth. Her letter-by-letter instructions, along with several quotes she selected from the original article, are available in the March/April 2010 issue of PieceWork.

While we may dispute Home Arts—Needlecraft’s claim about an entire set of bath towels “being no effort at all,” we do think embellishing bath or kitchen towels with crocheted monograms is another household textile tradition worth keeping.

Download the March/April 2010 issue of PieceWork to add personalized monograms to your towels. Find more monograms to stitch in our eBook, Weldon’s Practical Monograms to Embroider, Cross-Stitch, and Knit.

Also, remember that if you are an active subscriber to PieceWork magazine, you have unlimited access to previous issues, including March/April 2010. See our help center for the step-by-step process on how to access them.