Treva’s Boots Inspired by Trouble with Trolls by Jan Brett

Read about the precious baby boots inspired by a beloved children's story.

Published in 1992, Jan Brett’s story Trouble with Trolls (New York: G.P. Putnam’s Sons Books for Young Readers) remains a favorite among her readers. The skillfully illustrated thirty-two-page picture book tells the story of a resourceful character on an exciting adventure.

While climbing Mt. Baldy, the heroine, Treva, encounters a group of mischievous trolls who attempt to steal her dog, Tuffi. With clever determination, she manages to outwit them. The story is set in the beautiful Norwegian winter countryside, and Jan’s meticulous drawings depict not only the splendor of the landscape but also aspects of traditional folk styles. Details within her illustrations play an integral role in the telling of the story. 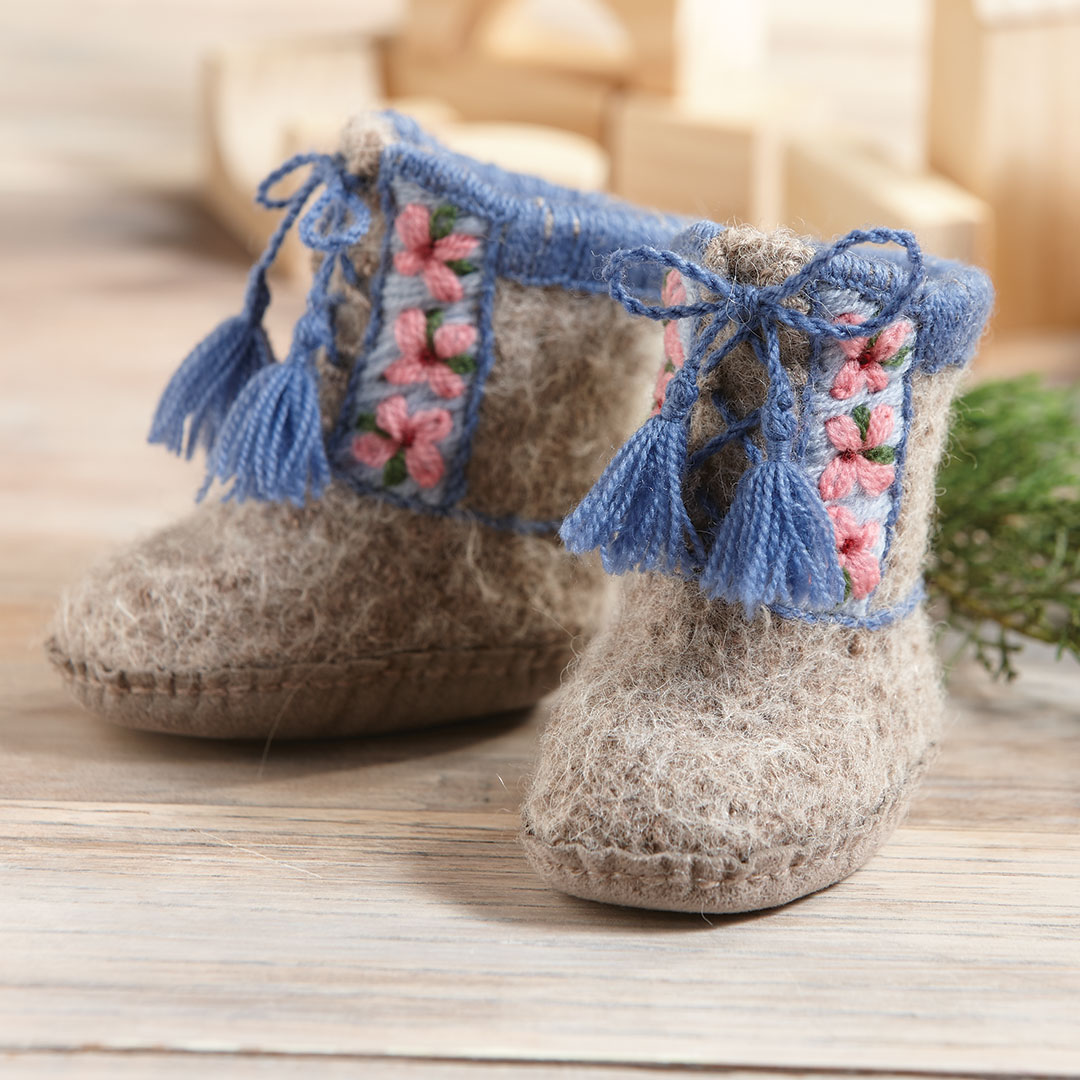 My re-creation of Treva’s boots pays homage to Jan’s feisty heroine. Knitted in the round with double-pointed needles, the resulting fabric is then wet-felted and embroidered. Bring Treva’s spunkiness into your home by making the pair for a special newborn, an 18-inch (45.5-cm) doll, or to decorate a holiday tree.

Kathy Augustine has been a longtime fan of Jan Brett’s work. Jan’s books were incorporated into the home-school curriculum for both her daughters and they became beloved favorites. Kathy lives with her family in Palmerton, Pennsylvania, where she spins, knits, weaves, and dyes alongside her dog and three cats.

Download a copy of the September/October 2015 issue of PieceWork to make your own “For a Special Baby: Treva’s Boots to Knit, Felt, and Embroider.” Plus read Kathy’s companion article, “Stitching with Paint: Inside the World of Jan Brett.” For another project inspired by the work of Jan Brett, check out Niki's Winter Mittens available here.