The Tatting Treasures of Irene Buckland

Explore the tatting treasures made by an avid craftswoman that have been preserved for teaching future generations.

Irene Buckland’s “little book” with her handwritten tatting instructions and samples, one of her shuttles, lengths of tatted lace, and thread. The six-ring leather binder measures 55⁄16 inches (13.5 cm) tall by 3½ inches (8.9 cm) wide; it contains fifty sheets of ruled paper, twenty-six of which contain a total of eighty-three tatting samples. All objects courtesy of Julia Harvey. Photos by Joe Coca

Memories of watching a friend tatting a length of lace that she hoped would one day adorn a niece’s wedding dress led me to enroll in a tatting class at Thistle Needleworks in Glastonbury, Connecticut, in the late 1990s. Our instructor was Julia Harvey, an excellent needleworker who works in tatting, lace crochet, crewel, and surface embroidery, and also does a bit of knitting. As I struggled to master the use of the shuttle, Julia, by way of encouragement to the class, produced a delightful small leather binder containing handwritten notes with samples of tatting sewn onto the pages and a small box holding several lengths of tatted lace wound on spools. As she lovingly unwound the lace, she related how the “little book,” as she dubbed it, the lace, and other objects from the box came to be in her safekeeping:

A few years earlier, Julia and a friend had been teaching thread-lace crochet and tatting in Farmington, Connecticut, when another friend told her of a relative, Irene Buckland, a tatter then in her early nineties, who was preparing to move back to her hometown of Southwick, Massachusetts. She asked Julia to meet with Irene at Irene’s home to see if she would be interested in any of Irene’s tatting supplies.

Looking through Irene’s wonderful shuttles; threads; a collection of patterns, many of them cut from old magazines; and four pattern books, Julia came upon a children’s shoebox from the Ideal Shoe Company. Inside were the “little book,” with sample entries dating between December 1923 and January 1934; the lengths of tatted lace; and spools of thread. Julia realized that she was holding a treasure. Since her meeting with Irene, she has kept the sample book, lengths of lace, and threads in the same little shoebox and has shared them, along with other examples of Irene’s tatting materials, with all of her students. 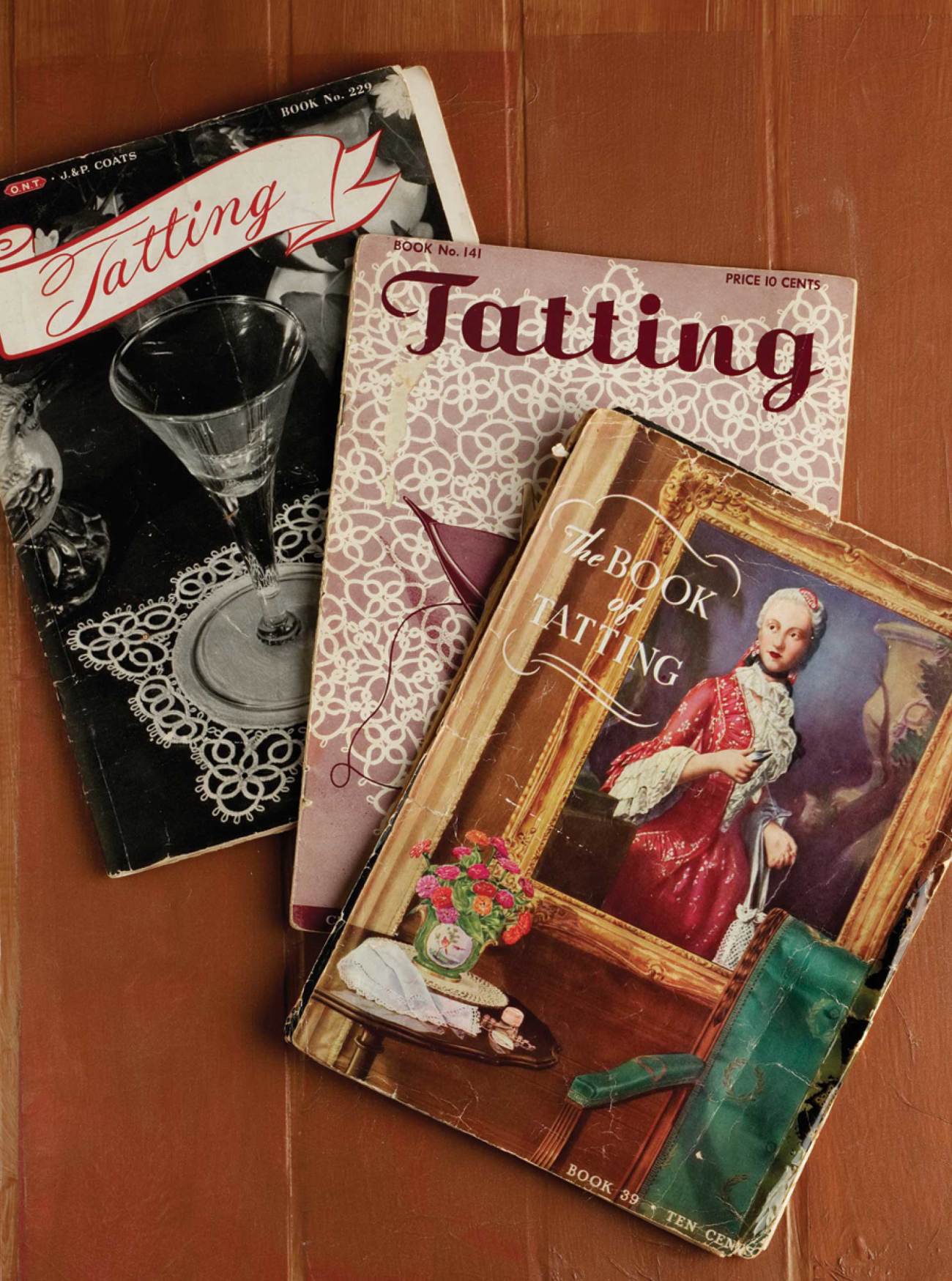 Irene Buckland was born July 17, 1901, in Southwick, Massachusetts. Like many daughters of that era, she became an avid craftswoman, turning her skilled hands to whatever was needed in her household while appreciating the pleasure her needlework afforded her. Her samples and the articles that she made testify to her extensive knowledge of tatting and excellent workmanship. Throughout her long, healthy, and happy life, she tatted, crocheted, knitted, hooked rugs, and did crewelwork. She and her second husband, Oliver Buckland, lived in Avon, Connecticut, where Oliver ran a sawmill. Irene died January 14, 1998, in West Suffield, Connecticut.

Julia has preserved Irene’s tatted-lace legacy and the instructions for re-creating her laces just as she found them. Julia says, “Even though it has been twelve years since she left this life, Irene would be pleased to have known that work she did so long ago still has a value to be shared with other women today and in future times.”

Karen E. Hooton lives near a little fishing town in Scotland, with her husband, Peter. Karen thanks Julia Harvey for sharing her story about Irene Buckland’s tatting.

This article was published in the May/June 2010 issue of PieceWork.