The Perfectly Imperfect Embroidery of Banjara

Imperfection is a theme within Banjara textiles. To the casual observer, many of the embroidered designs look beautifully symmetrical, but upon closer inspection, there are often small areas of asymmetry or where a pattern briefly changes.

Close-up of a Banjara woman, her blouse, and head covering. Notice the shisha mirror in the upper left corner. Unlike the other shisha mirrors this one is embroidered on using two different colors of thread. While this might look like a mistake, it’s actually a deliberate imperfection. Photo Credit: Rajesh Dangi.

Banjaran embroidery does not boast the figured motifs found in the needlework throughout much of India. There are no flowers or carefully stitched paisley patterns, and, with very few exceptions, there are no animals, either. Instead, the Banjara create elaborate designs using simple shapes and line work. Outlines of circles, rectangles, zigzags, and squares are carefully stitched onto cloth and filled in with even more stitching. In some of the more elaborate textiles produced by the Banjara, nearly every inch of the surface is covered in stitching—it is truly astounding.

Alongside the thread, one can often find small mirrors known as shisha decorating the cloth. In some cases, the face of a cloth is almost entirely covered by shisha carefully embroidered in place. The most valued of these shisha are created using a technique that dates back to Roman times where molten glass is mixed with lead and zinc before being blown into a sphere. This sphere is then broken, and the shards are carefully cut into circles, squares, and other shapes. These handmade shisha are irregular in size and often feature bubbles and an uneven texture. It is these imperfections that make the shisha especially desirable to the Banjara. 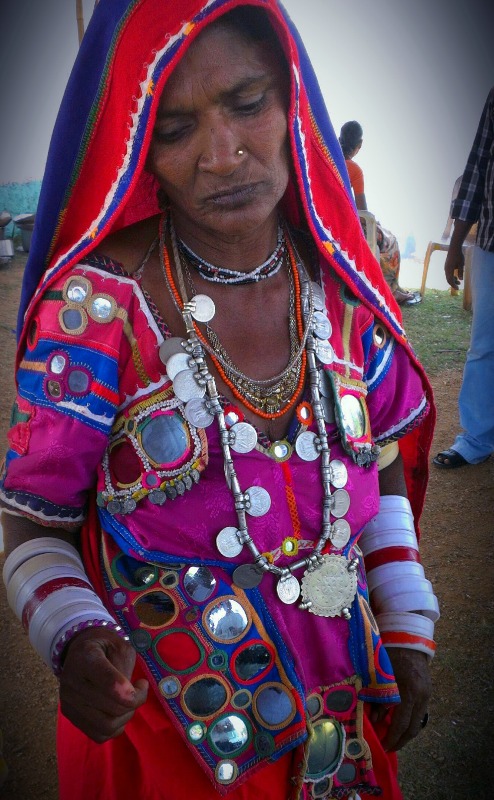 A Banjara woman in traditional dress. Notice the large swaths of fabric covered in shisha. Photo Credit: David B. England.

In fact, imperfection is a theme within Banjara textiles. To the casual observer, many of the embroidered designs look beautifully symmetrical, but upon closer inspection, there are often small areas of asymmetry or where a pattern briefly changes. Perhaps there’s one shape where the outline color doesn’t quite match the rest or a checkerboard pattern where two squares of the same color sit side-by-side. While these might look like careless mistakes or poor planning, in reality these bits are very purposefully placed. The Banjara believe that perfect cloth encourages hubris, and hubris is punished by divine forces. (This is a belief shared by many cultures; just look at the ancient myth of Arachne and Athena.) As a result, small imperfections find their way into these beautiful embroideries, adding to the intrigue. 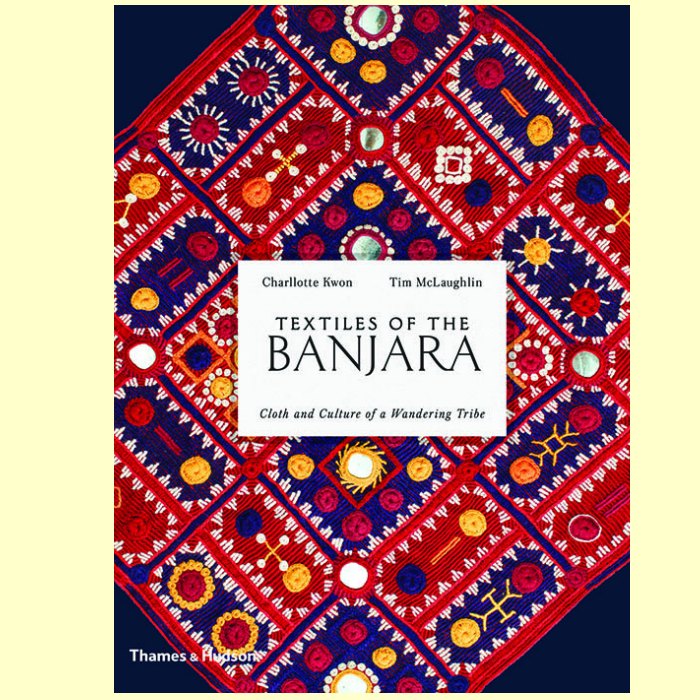 Perhaps this is a lesson all fiber workers can take to heart. Instead of lamenting over errors unseen until it’s "too late," think of them as ways to stay humble and, hopefully, avoid a smiting. If you’re interested in learning more about the Banjara people and their cloth, check out the book Textiles of the Banjara by Charllotte Kwon and Tim McLaughlin.