The Myth of the Aran Sweater

Through the years, the Aran sweater has developed quite the romantic backstory involving ancient family knitting patterns and shipwrecks.

Over the past few months, I’ve noticed an uptick in people talking about Aran sweaters, mostly thanks to the movie Knives Out and a particularly nice sweater worn by star Chris Evans. Along with the typical sweater appreciation, I began to see articles going around about the supposed history of Aran sweaters. According to these articles, families in the Aran Isles each had their own patterns they’d knit into sweaters for the fishermen. That way, if the worst happened while the men were at sea, the sweaters could be used to identify them after their untimely demise. While this is a great story, it is, I’m sorry to report, a myth. 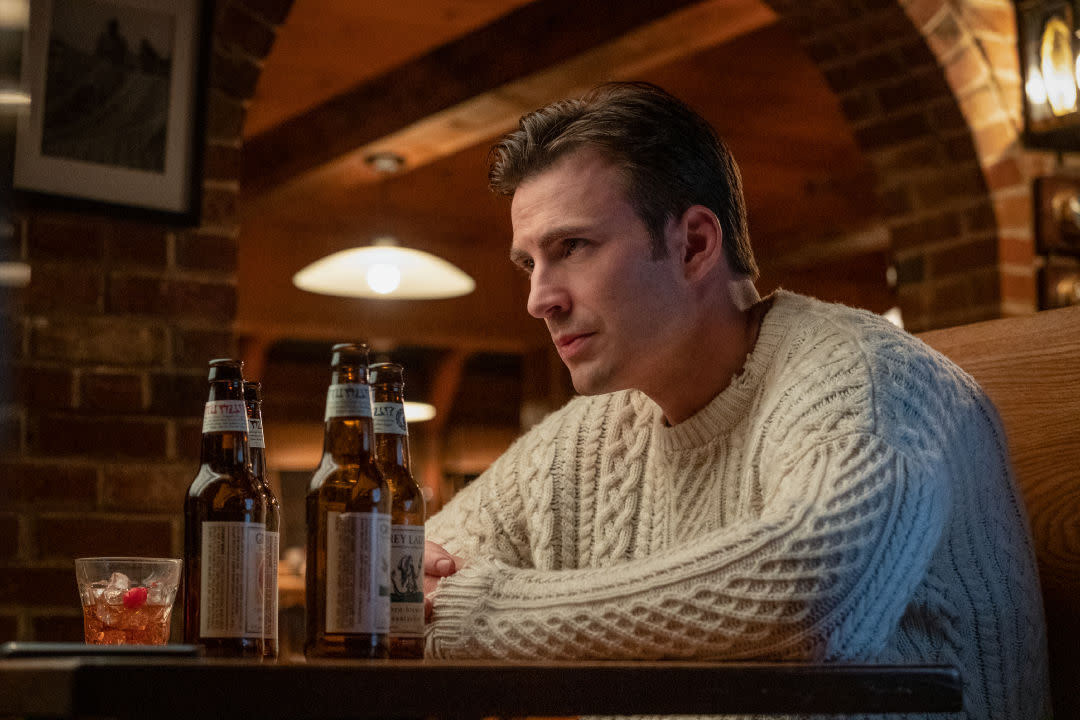 Chris Evans as Ransom in “Knives Out” inspired the recent uptick in interest in the Aran sweater. Photo Credit: Claire Folger; photo courtesy of Lionsgate Publicity.

What we think of as the traditional Aran sweater is actually fairly modern, according to Richard Rutt, author of A History of Handknitting (1987, Interweave). In 1940, one of the first published patterns for an Aran sweater was released by Patons of England, and in the ensuing years, demand grew for these handknit sweaters, and they became a staple of the local economy. Does all this take away from the beauty and romance of a traditional Aran Isle sweater? Personally, I don’t think so. Each sweater is a work of art in its own right and a testimony to the art and skill of the maker. The fact that so many people watched Knives Out in the theater and came out talking about a sweater is proof positive enough of the allure of these fabulous garments. 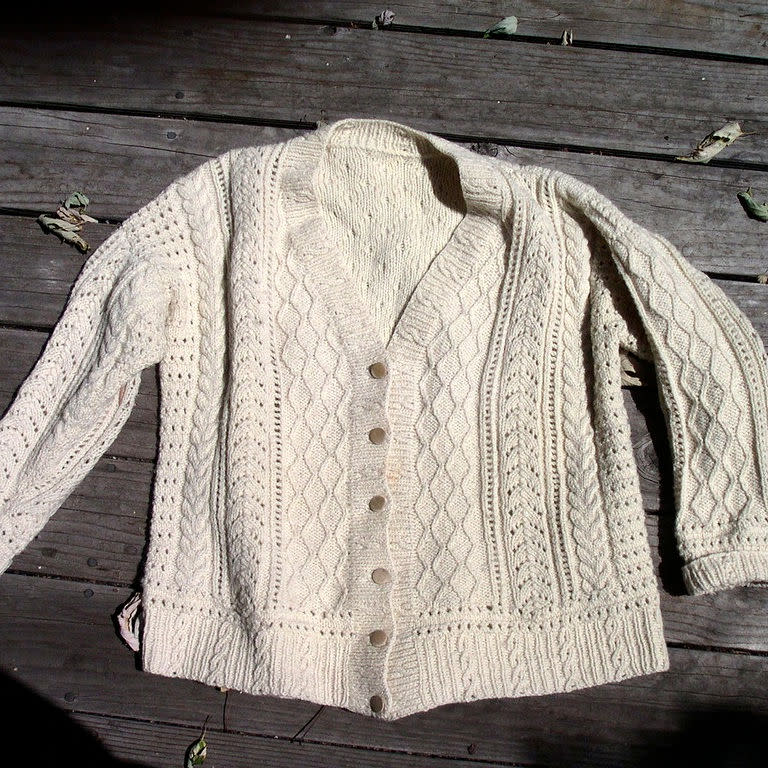 A modern Aran-style cardigan. Photo by Lisa Dusseault is licensed under CC BY 2.0.