“We hold these truths to be self evident . . .” from the Declaration of Independence and other famous American quotes are included in the “Stars and Stripes Sampler” designed by Nan Heldenbrand Morrissette. Photos by Joe Coca.

It is the Fourth of July, a day of national celebration! Two hundred and forty-one years ago, the United States won its freedom from British rule with the adoption of the Declaration of Independence. The PieceWork July/August 1999 issue features the “Stars and Stripes Sampler” designed by Nan Heldenbrand Morrissette, which perfectly captures the sentiment behind this American holiday. 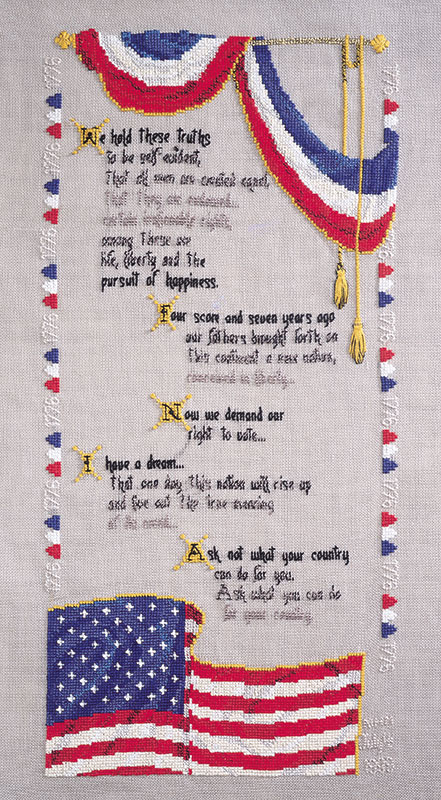 Although Independence Day is usually associated with fireworks and backyard barbecues, it is important to remember the principles on which this country was founded. Nan explains her impulse to create this patriotic embroidery sampler:

Patriotism has been part of my being since before memory. Christmas mornings at my grandfather’s house meant waking up to John Philip Sousa’s “Stars and Stripes Forever” rumbling and trumpeting and tumbling us from our beds. My parents brought us up to understand that it is a privilege to be American.

The snippets of famous speeches in this sampler are mementos of our great past. The lettering in the sampler was designed so that the words themselves disappear into the background—into the past. Although the complete speeches may fade into history, the opening lines are indelibly imprinted on our personality. These are speeches that, quite literally, changed our course in history. 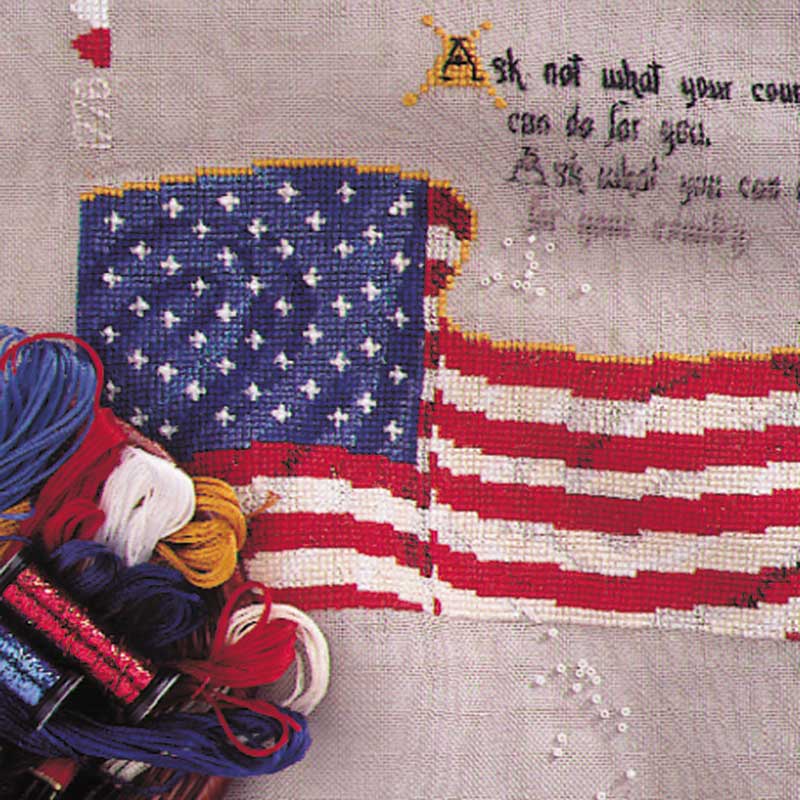 Nan included famous quotes from the Declaration of Independence, President Abraham Lincoln, Elizabeth Cady Stanton, Dr. Martin Luther King Jr., and President John F. Kennedy in the sampler. These words remind us of the many struggles our country has overcome and serve as a reminder to never waver in our pursuit of freedom, liberty, and happiness for all.

Commemorate American Independence with this moving sampler that showcases some of the most recognizable quotes in United States history. The PieceWork July/August 1999 issue contains this sampler plus other projects and stories in honor of our national heritage as told through needlework.

Happy Independence Day!
From all of us at PieceWork