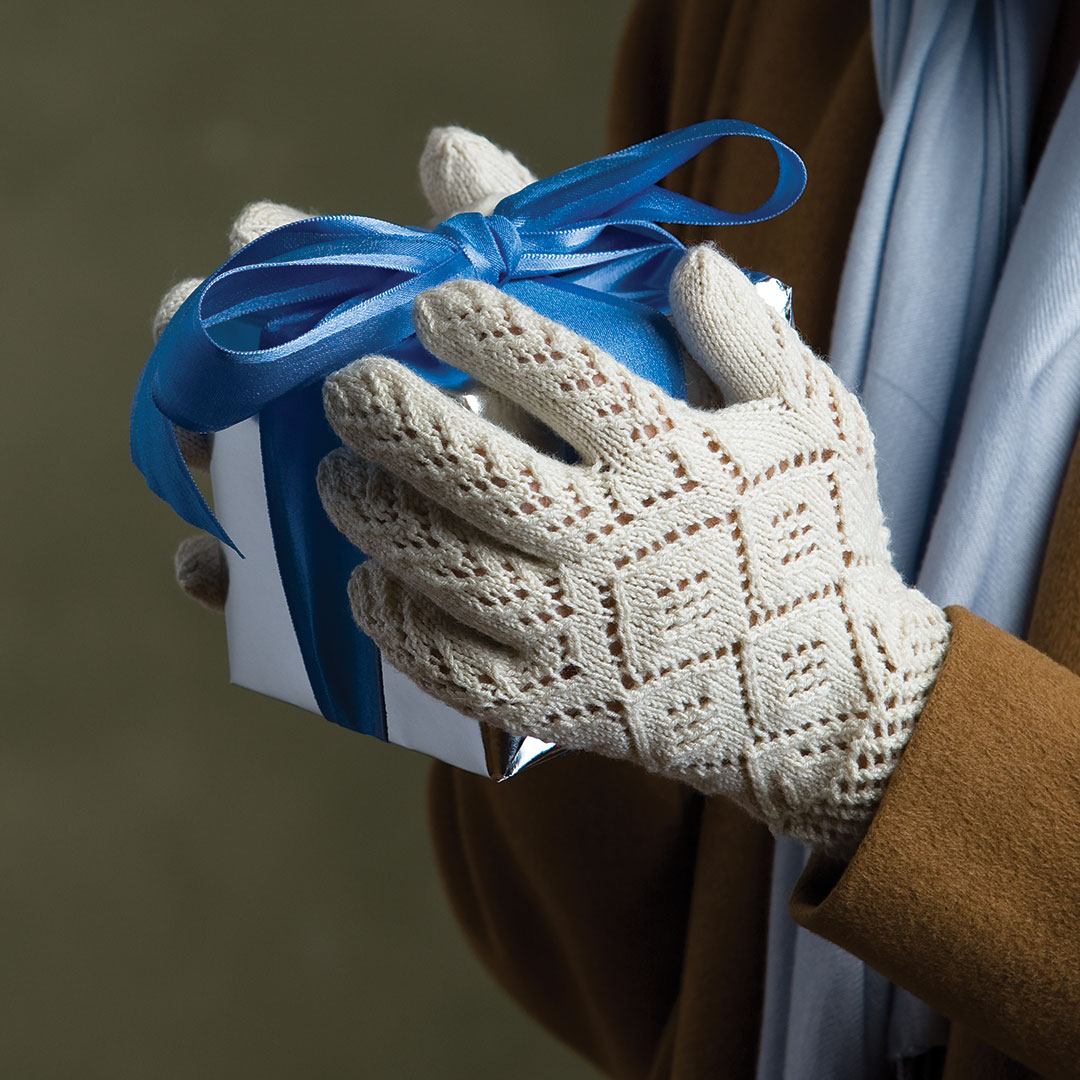 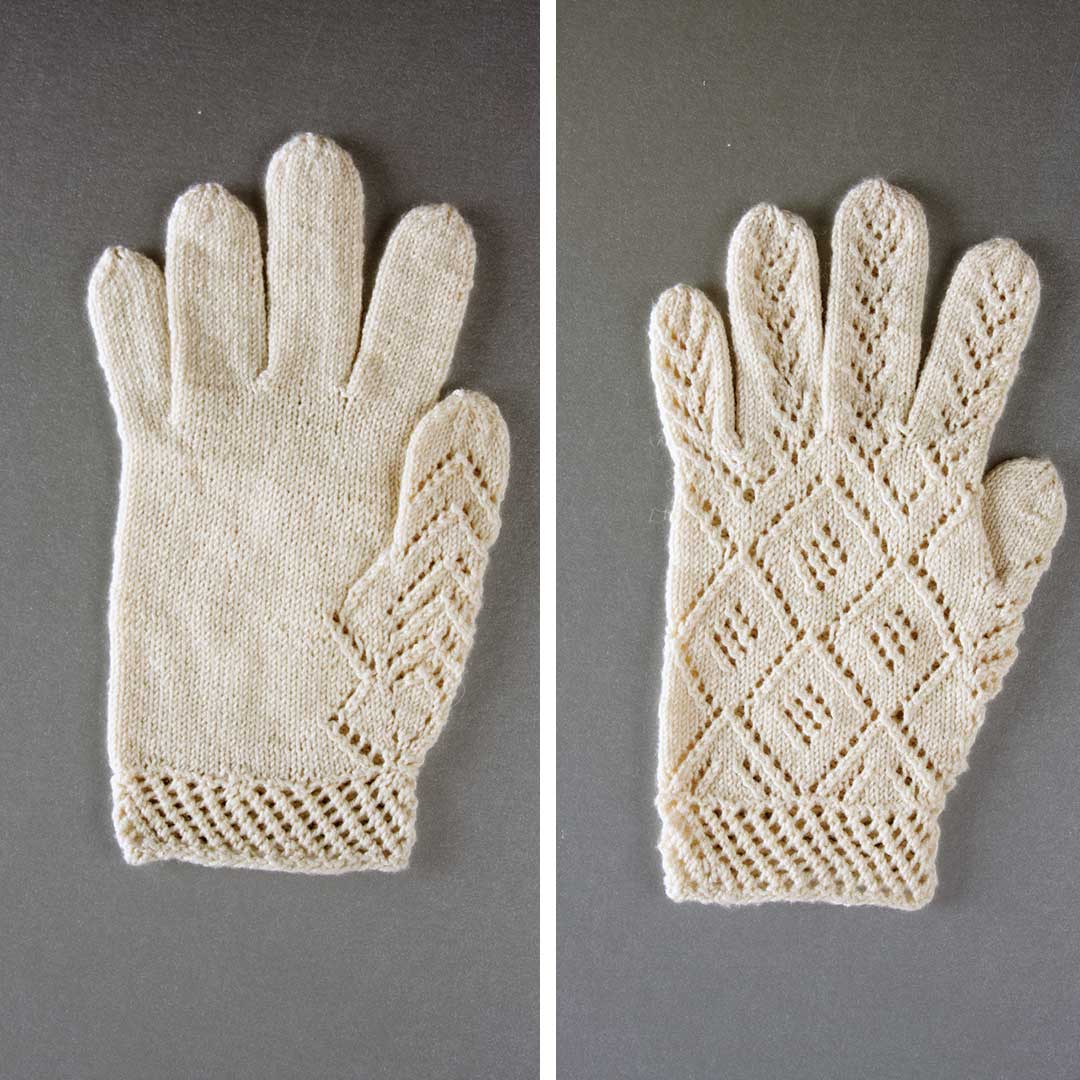 The palm and back sides of Nancy Bush’s Special Knits for Special Occasions—Norwegian Wedding Gloves. Photo by Ann Swanson.

Download a copy of the November/December 2008 issue of PieceWork to make Nancy’s charming wedding gloves for you or for someone you love.

To make these glorious gloves, download a copy of the January/February 2010 issue of PieceWork. Be sure to read Nancy’s fascinating article, “The Symbolism of Gloves,” from the May/June 2000 issue. Here are a few lines from that article: “The history of gloves is a long and rich tale of romance and intrigue, honor and chivalry, daring and deceit, but long before it acquired these associations, someone had devised gloves to provide warmth and protection to the hands from cold, heat, dirt, and other environmental insults.” Some of the world’s most extraordinary gloves illustrate the article.