Silk fabrics are incredibly diverse, varying according to weave, thread count, and weight of the fibers.

She found a cocoon, dropped it into her tea, and watched it unravel. So legend explains the discovery of silk by Lady Hsi-Ling-Shih, queen of China’s Yellow Emperor, some 5,000 years ago. With an apparent intuitive leap regarding the filament’s utility, Hsi-Ling-Shih then began raising the larvae of the silk moth (Bombyx mori) and designed a loom for weaving cloth from their fiber.

Whatever the genesis of the silk industry in China, by 2600 BCE, workers there were active in all aspects of silk production from harvesting the filament to spinning thread and weaving fabric. Slowly, silk fabrics made their way west, welcomed by all who encountered them.

Silk fabrics are incredibly diverse, varying according to weave, thread count, and weight of the fibers. Their surface may be further elaborated through dyeing, painting, embroidery, and other techniques. The following are a few of the countless fabrics that have been made from silk throughout the years. Many are still produced today.

Aerophane: a lightweight gauze that is dyed in a single color and cut on the bias.

Atlas or fagara: a brightly colored satin-weave fabric with a silk face and a cotton back. This silk, which comes from the Attacus atlas moth, originated in India and was first exported to Europe in the eighteenth century.

Bengaline: a shiny, lustrous cloth with raised cords created by heavier weft threads. The fabric is believed to have originated in Bengal, India. 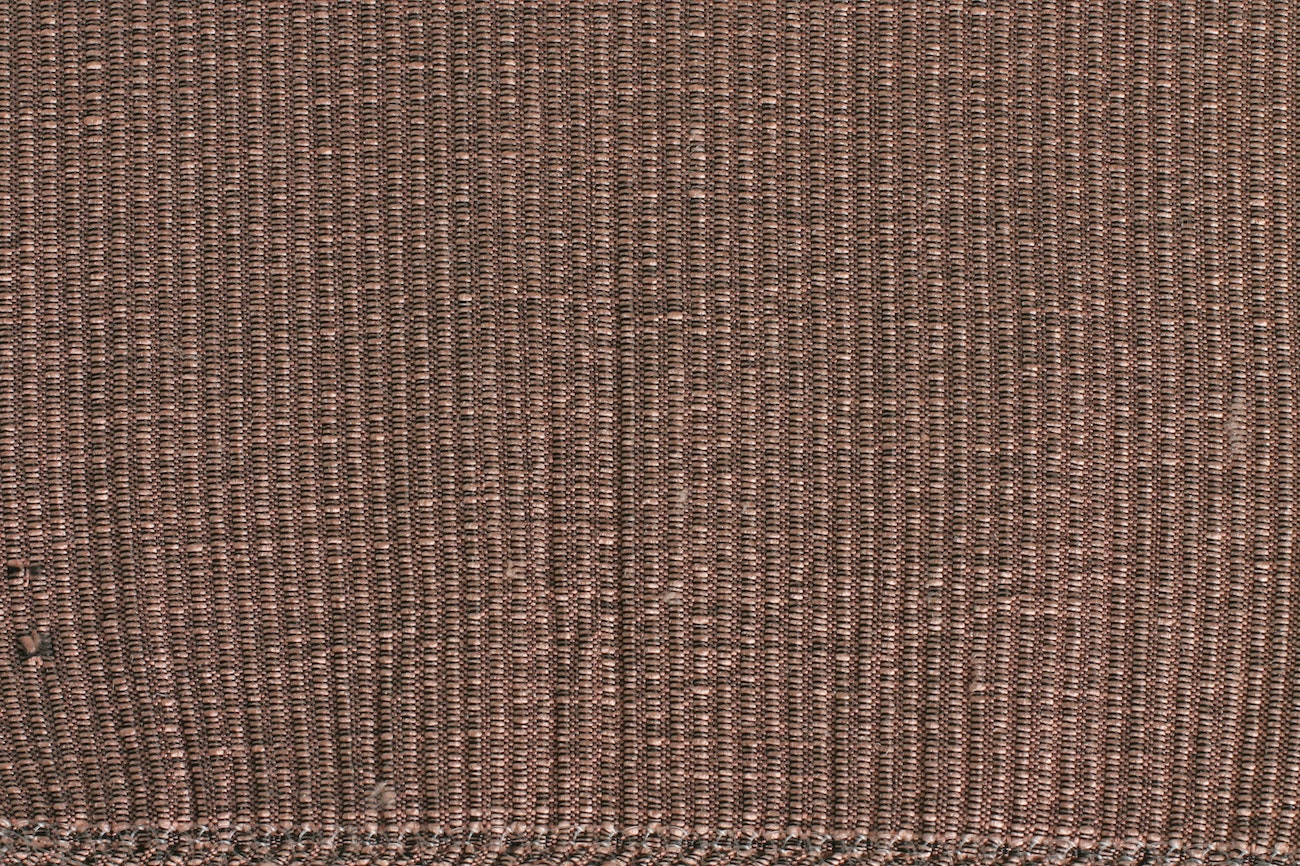 Bolting cloth: a sheer, plain-weave “working cloth” used by millers to sift flour and later as a foundation for wigs.

Broadcloth: a solid-colored or striped cloth made with many fine warp threads and fewer medium-weight weft threads, woven on a loom that was wider than standard looms of the time. 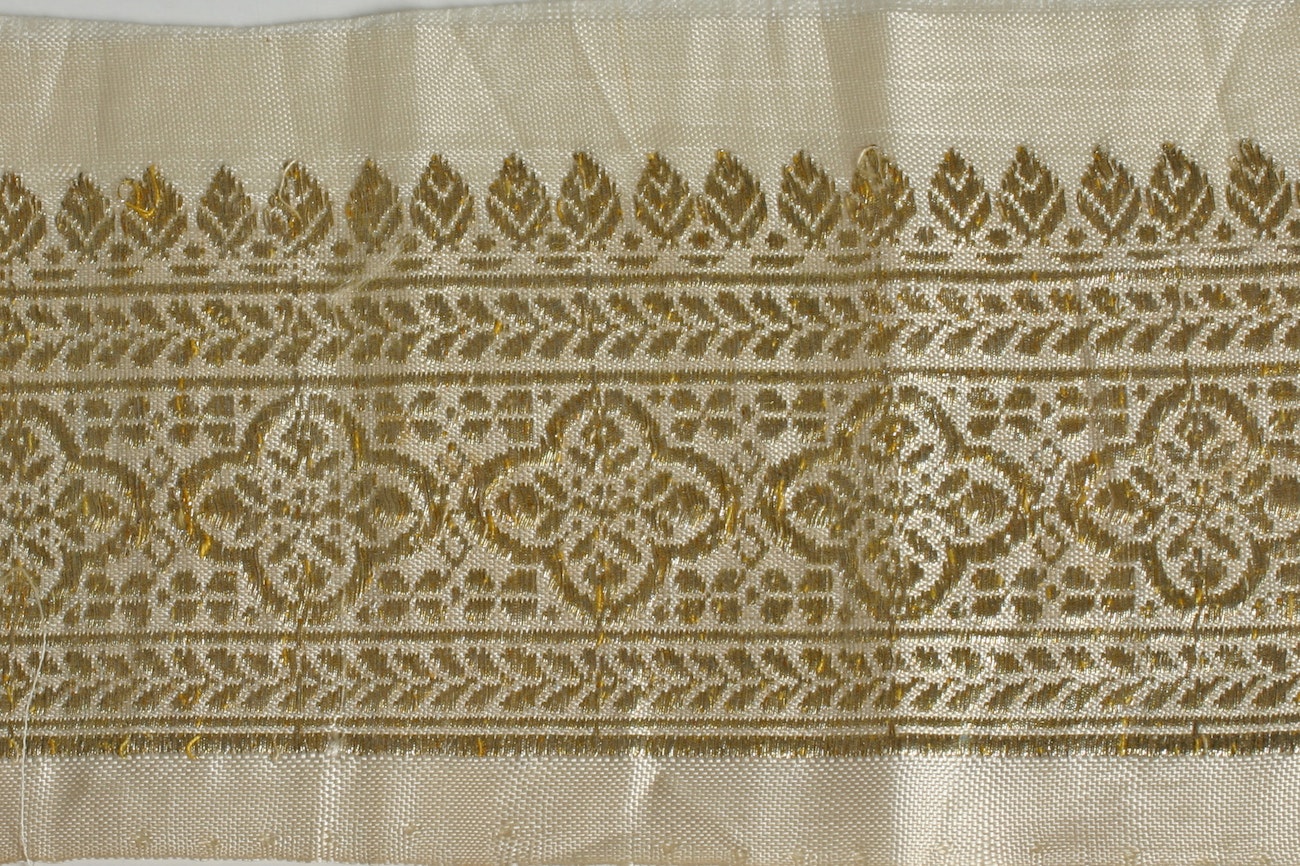 Corah or cora: a lightweight fabric created in India from an unwashed natural raw silk fiber.

Damask: a reversible fabric originating in Damascus, Syria, that is similar to a brocade but flatter in texture. It is said that Marco Polo (1254–1324) brought this fabric to the West. 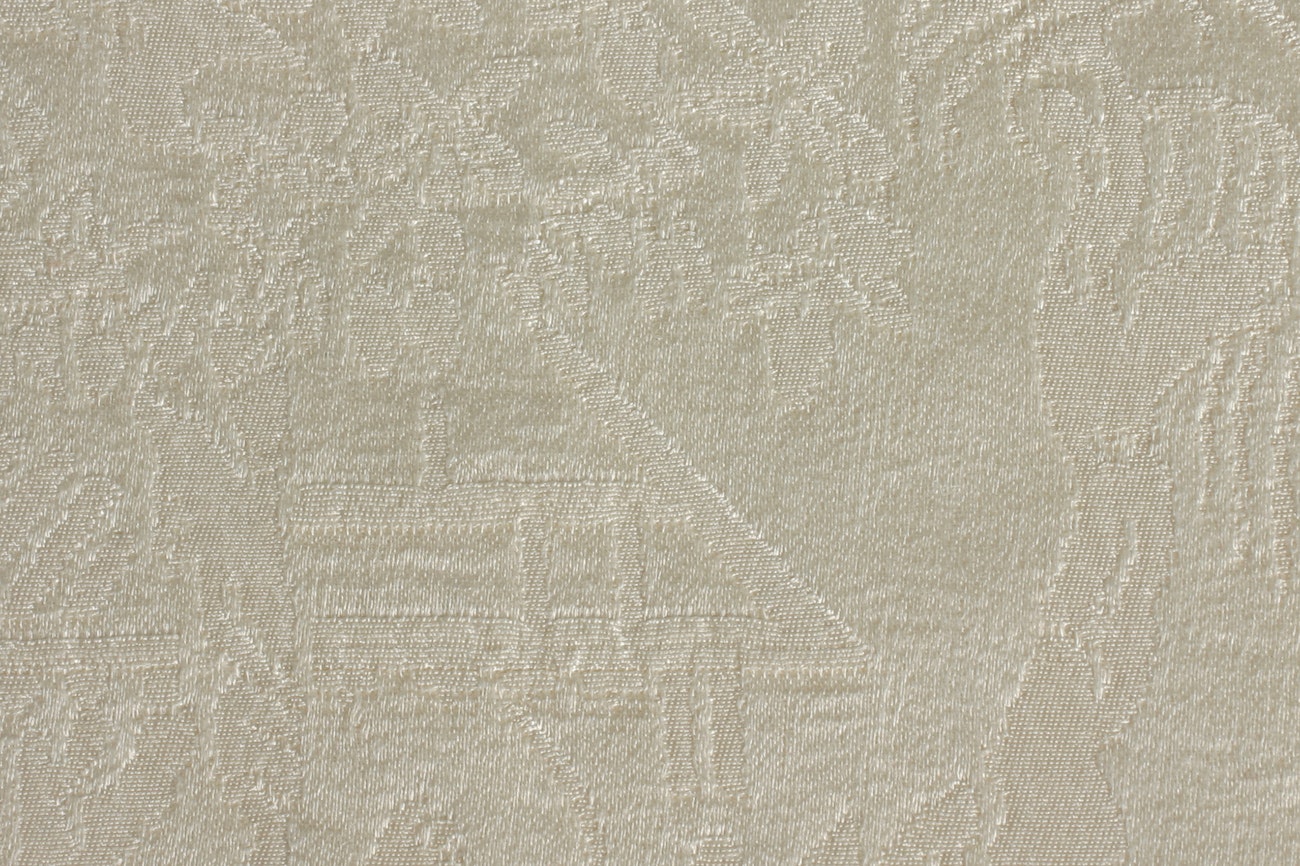 Faille: a fine, slightly lustrous fabric with horizontal ribs created by weft threads that are heavier than the warp threads.

Grosgrain: a fabric or ribbon with a horizontal raised cord produced by heavier weft threads.

Habutai: a lightweight Japanese silk that takes up dyes readily. It is used not only for clothing and household textiles but also for kites and airplane wings.

Ikat: a fabric in which the weft, warp, or both threads have been tie-dyed before weaving; also, the technique for coloring the threads. 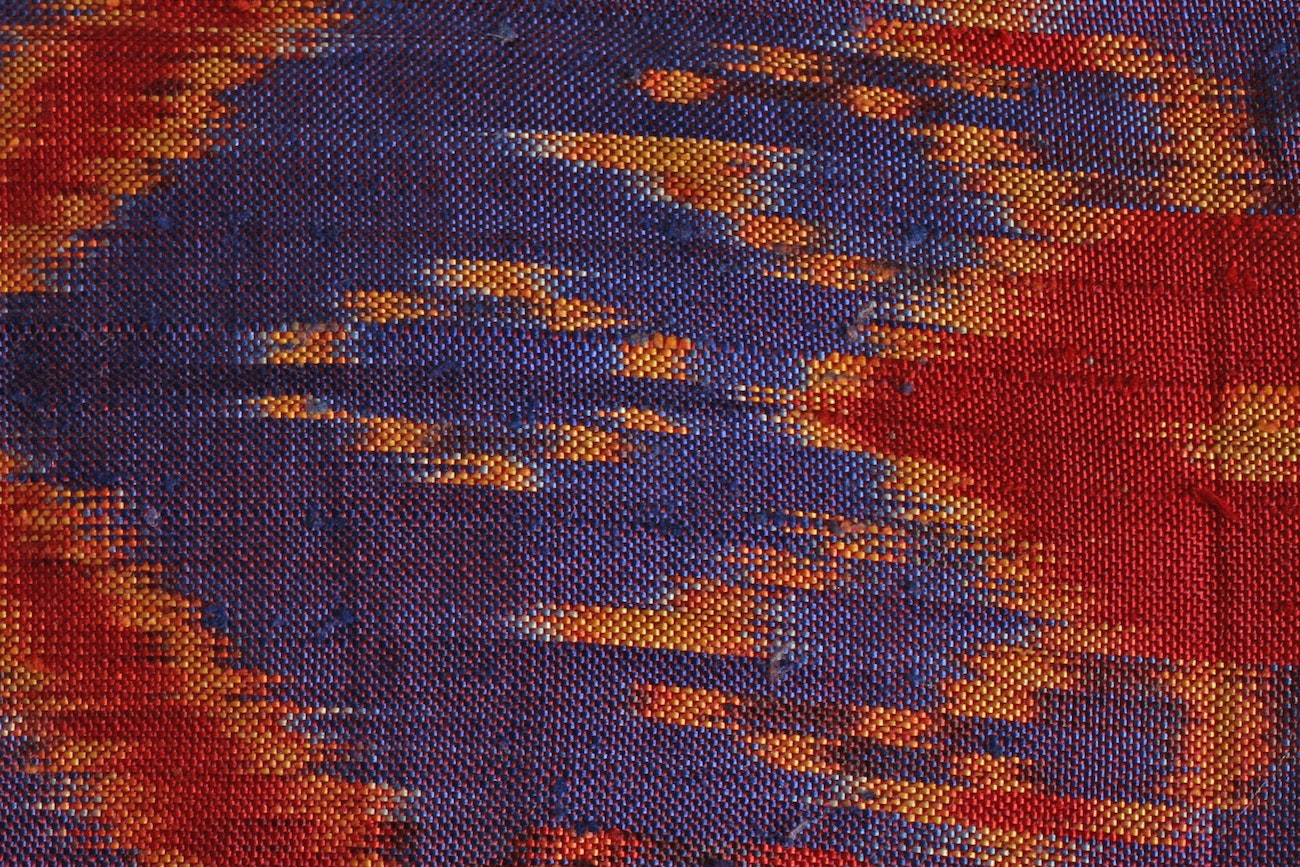 Marquisette: a very sheer, lightweight gauze originally made for mosquito netting or curtains.

Matelassé: a soft fabric with a quilted appearance woven on a Jacquard loom. 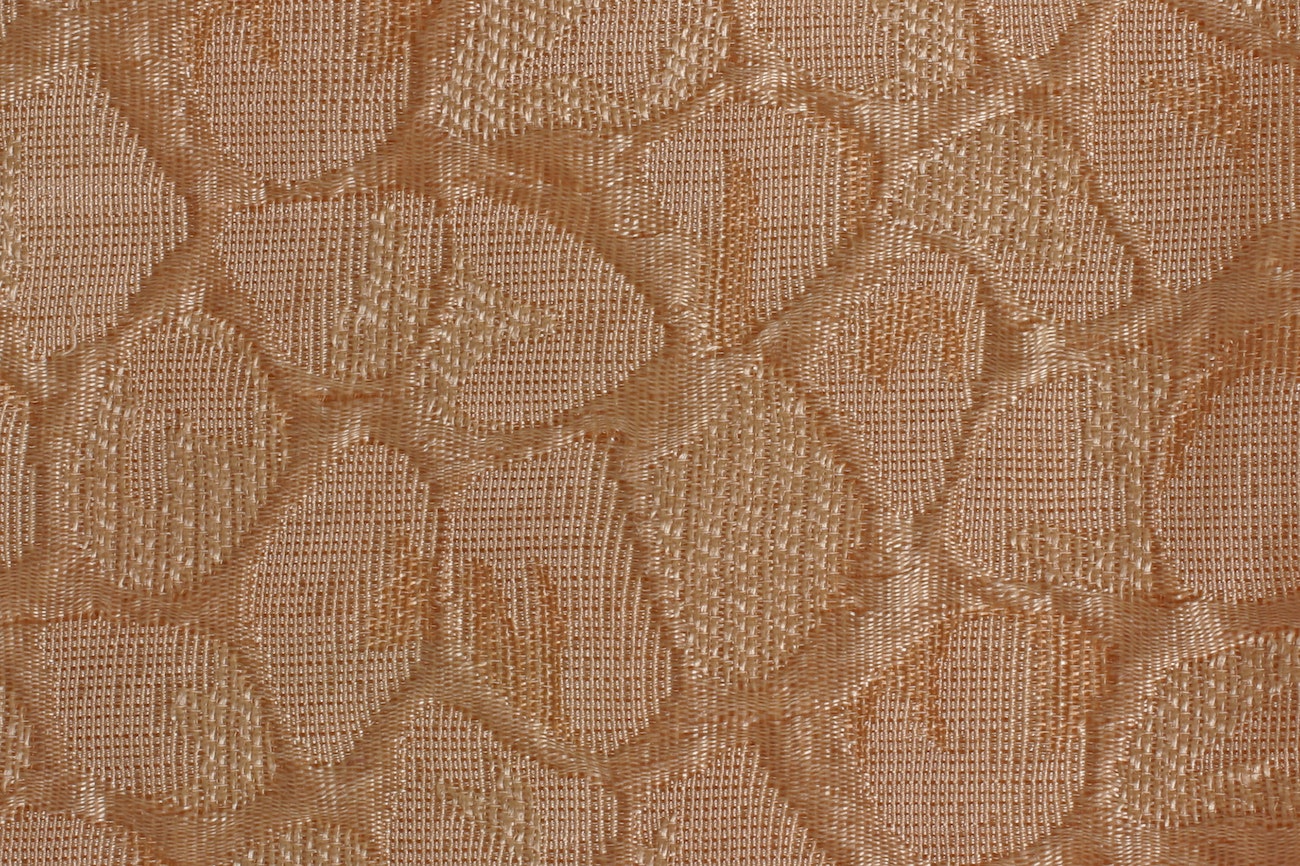 Moiré: a fabric similar to faille but with a “watery” look that is produced by the finishing process.

Mousseline de soie (French for “silk muslin”): a crisp, sheer, lightweight, plain-woven fabric that is similar to chiffon but with a more open weave; it is stiffened with sizing or a chemical agent.

Muslin: a lightweight fabric originally made in Mosul, Iraq, from silk or cotton but now made almost exclusively from cotton.

Noil: a soft fabric created from waste fibers and having a slightly nubby texture. 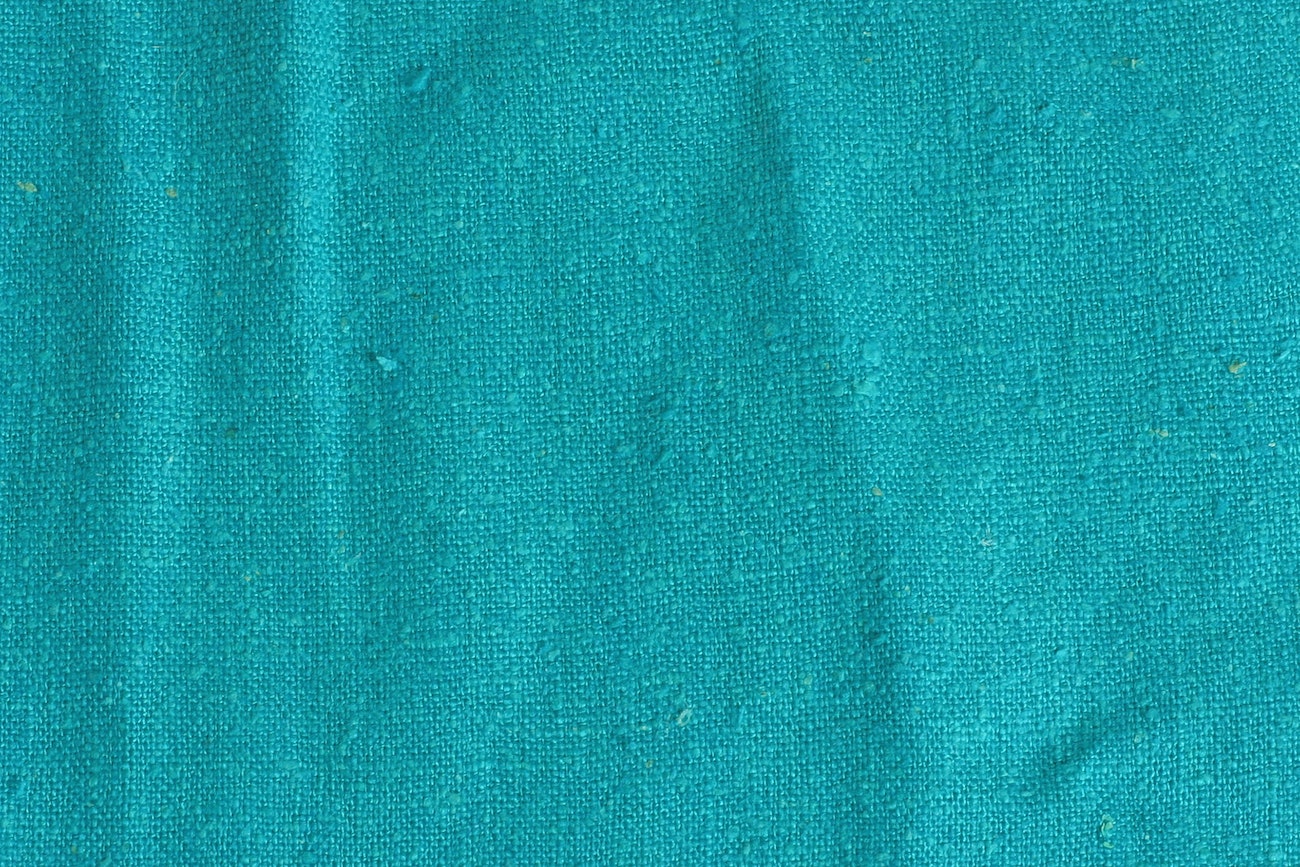 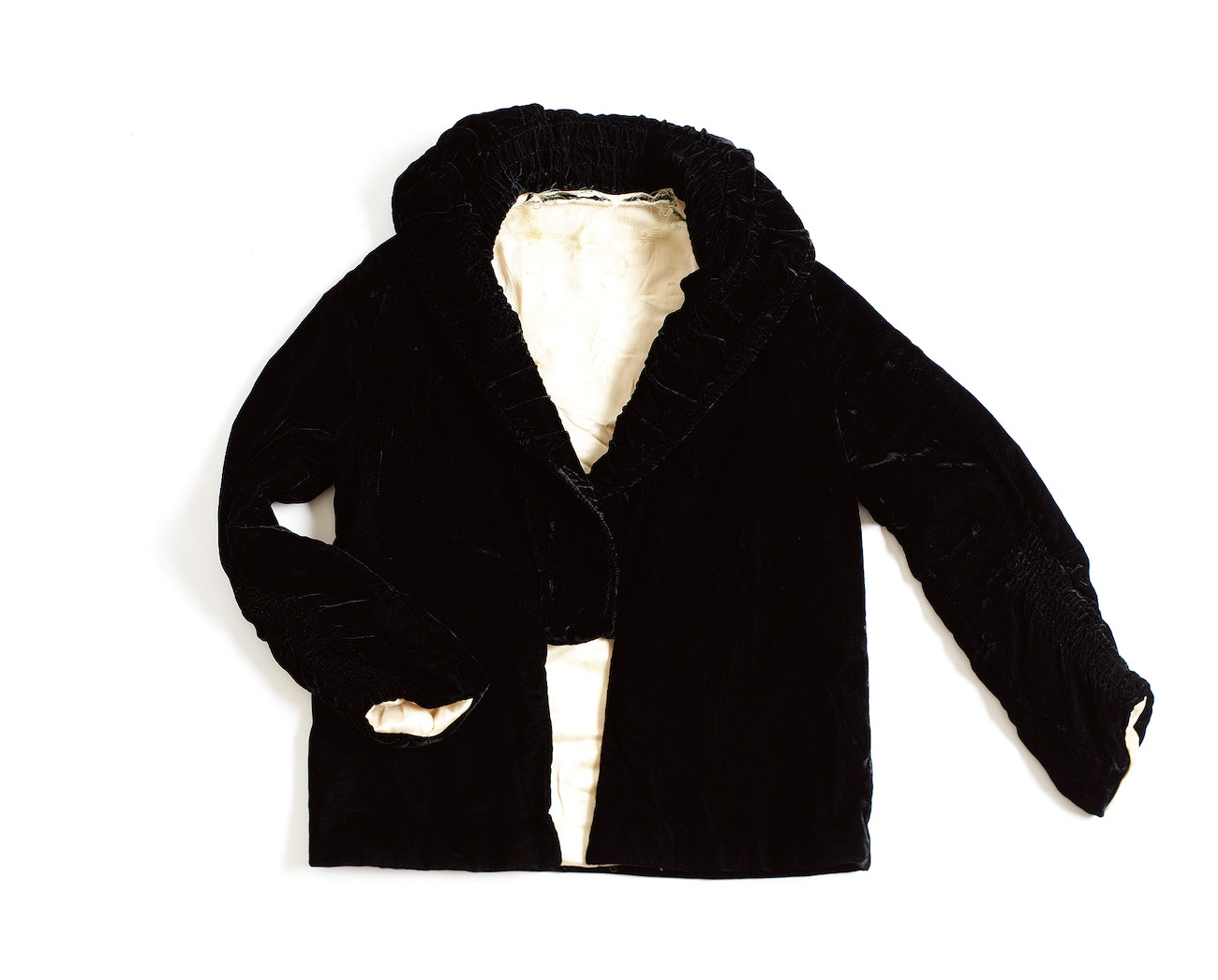 Pongee: a textured fabric originating in China with a fine warp and coarser, slubbed weft. The silkworms’ diet of oak leaves gives the silk a honey color.

Radium: a soft, smooth, firm, closely woven fabric; its tight weave and the use of different colors for warp and weft threads give it a shot effect. 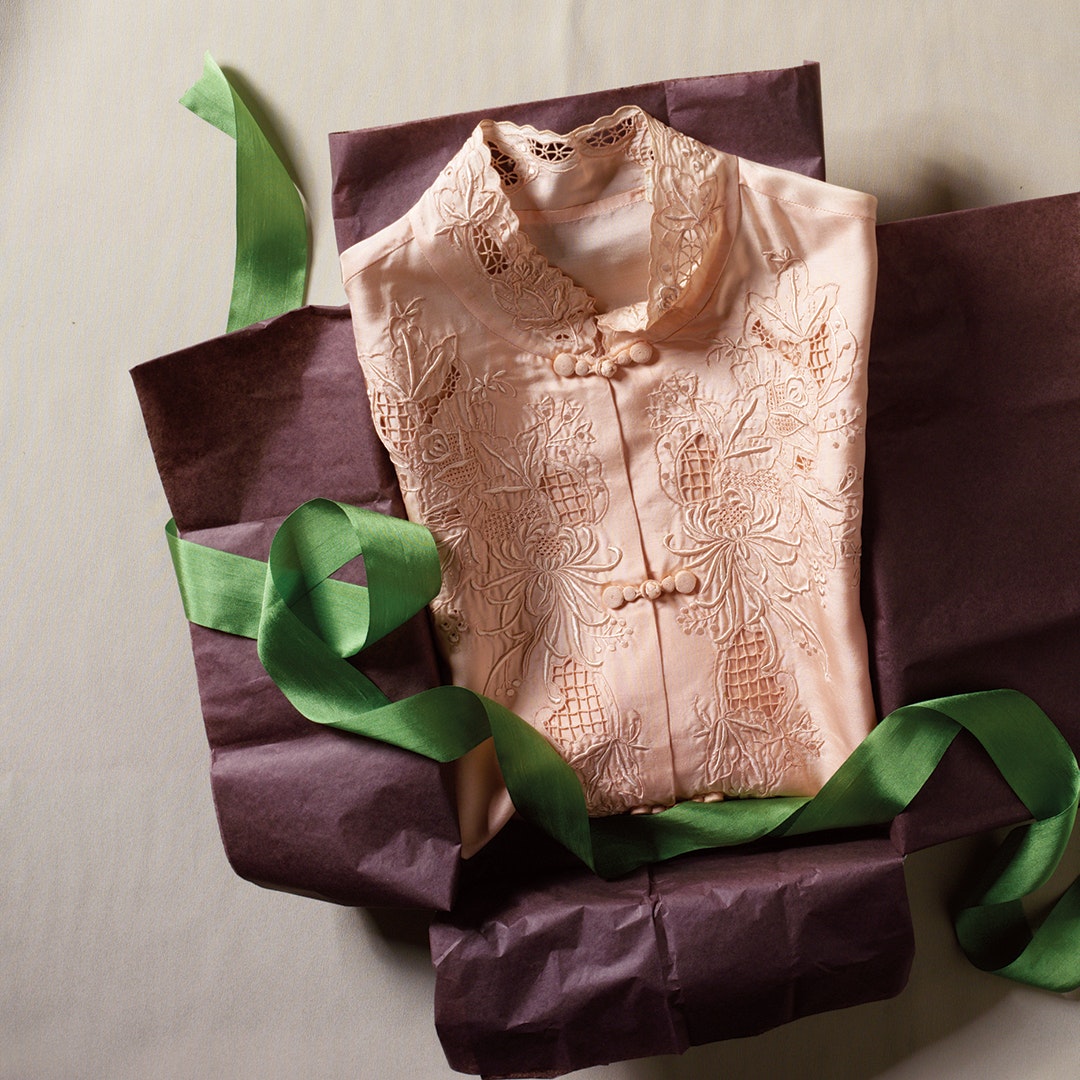 Satin: a thick, soft, smooth fabric with a shiny face and dull back. The warp threads are set so densely that they completely cover the weft threads. Variants include antique satin (a heavy cloth with a dull luster), charmeuse (with a fine, lustrous surface and matte back), ciré (French for “waxed”; stiff, leathery fabric, usually dyed in metallic colors, waxed, and heated), crêpe back (the front is shiny, the back is finished to make the surface look pebbly), duchesse or duchess (a luxurious satin with a great number of warp threads), panne satin (a stiff, high-luster fabric finished with heat and rollers), and satinette (a very thin, lightweight cloth).

Shantung: a crisp fabric originating in the Chinese province of Shantung with unevenly slubbed weft threads and excellent drape. 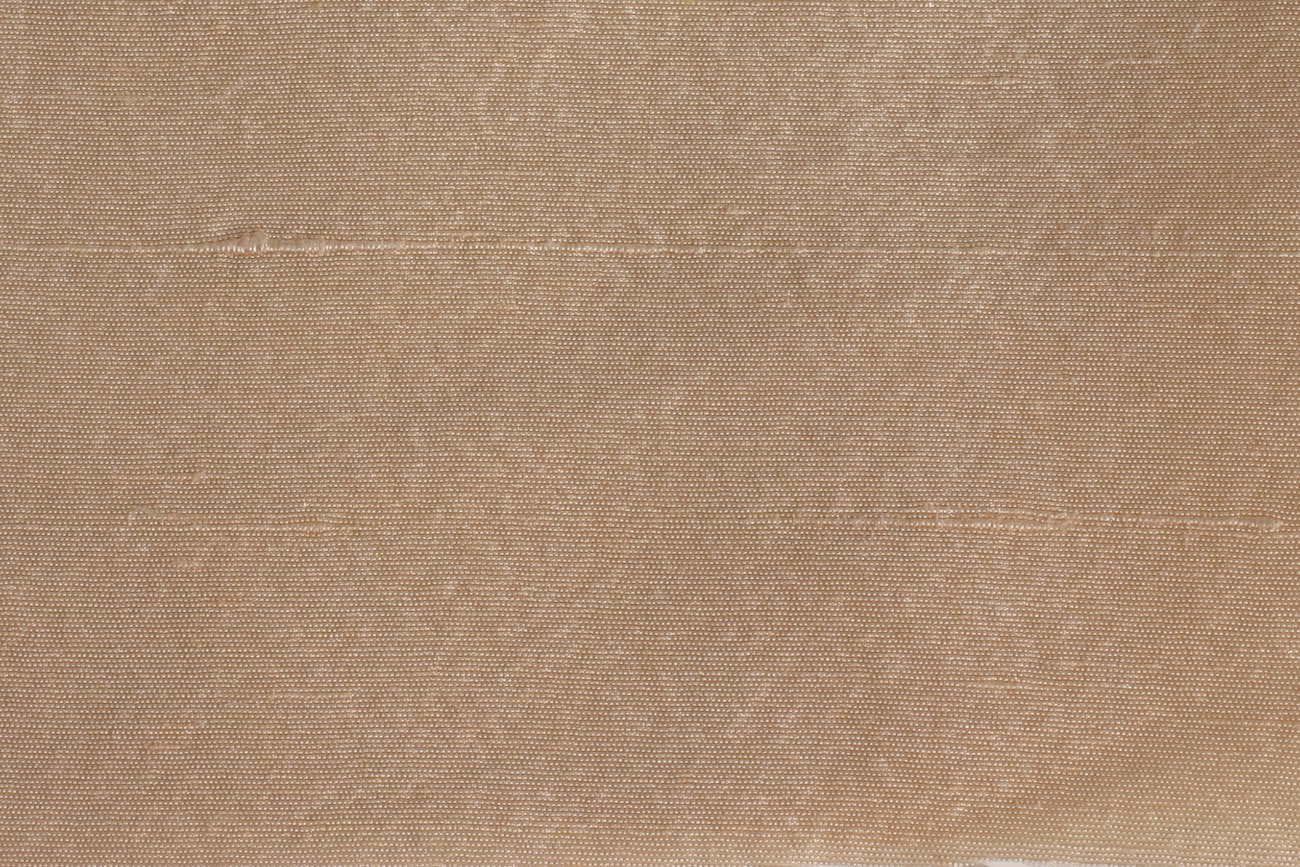 Taffeta: a smooth, crisp, plainwoven cloth with a lustrous finish. The term “taffeta” is derived from the Persian word tafta (glossy twist). 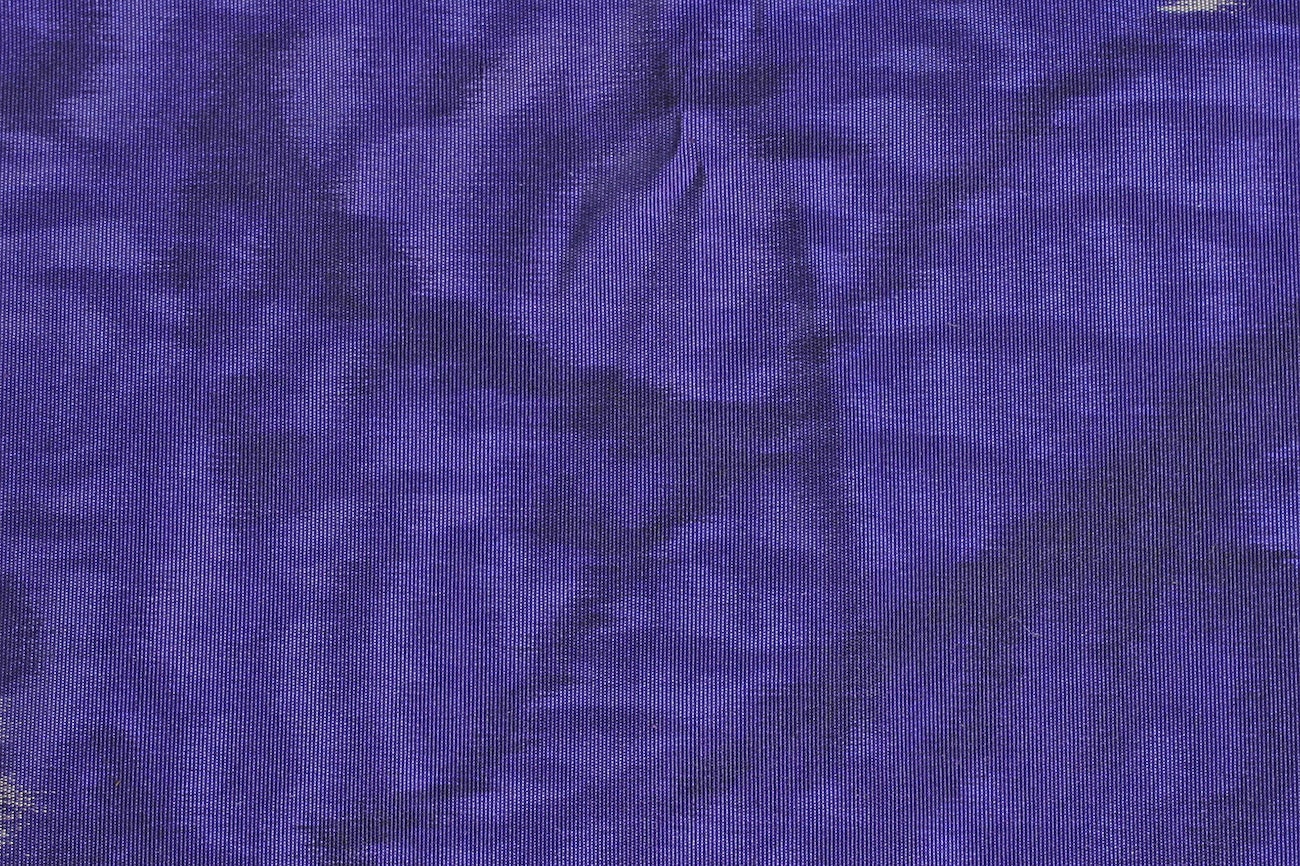 Tussah: a fabric made from filaments from the cocoons of wild silk moths and having a distinctive natural tan, brown, or ecru color. Used widely in India and China, it is stiff and durable and has a coarser hand than that of other silk fabrics. On its introduction to Europe in the seventeenth century, merchants thought that it was made from a plant and so referred to it as “herba.” 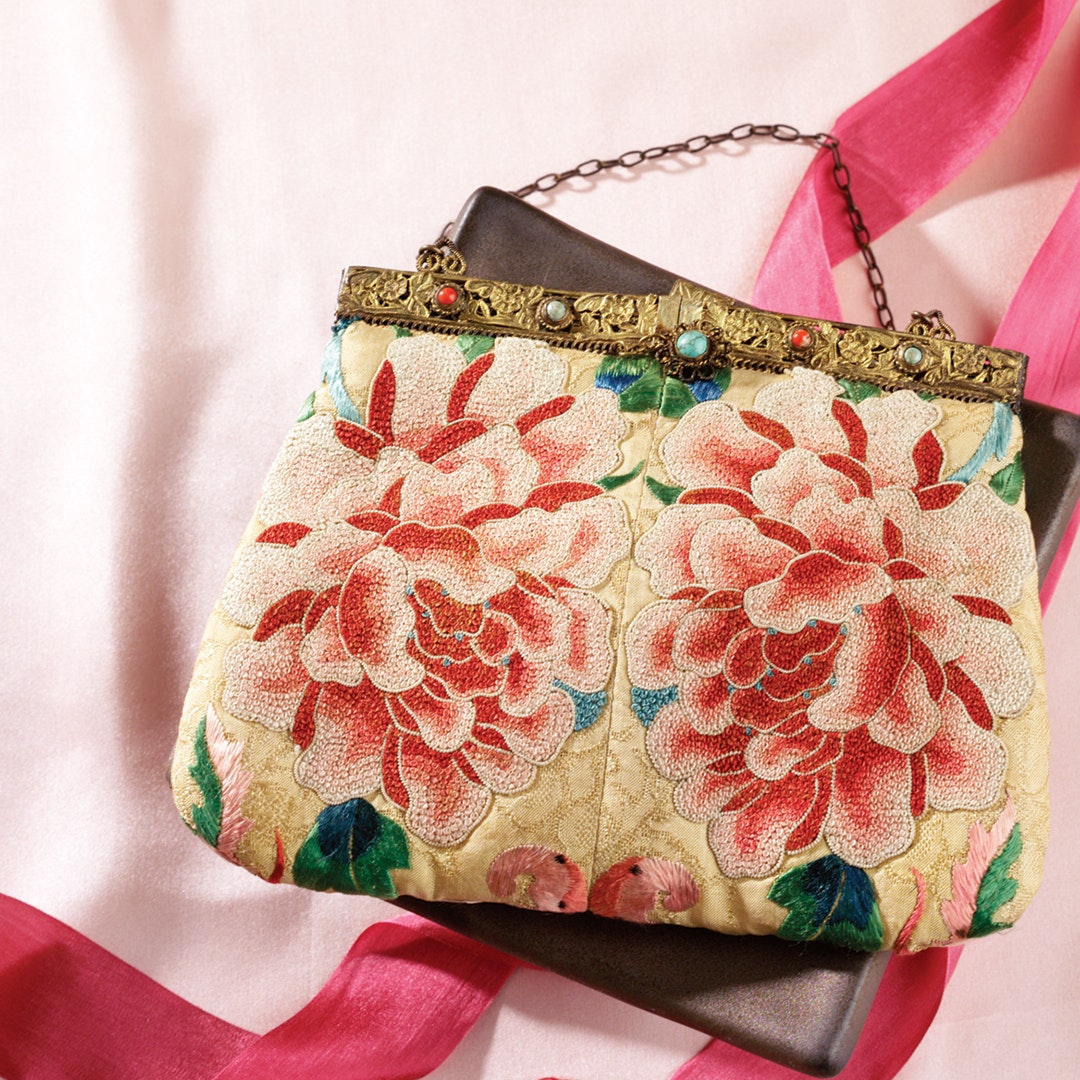 Velvet: a thick, soft, textured fabric made by cutting the warp threads in the woven goods to produce pile. The denser the threads, the higher the quality of the fabric. Originally, the warp was of silk and the weft, of cotton. Altobasseo, which originated in Genoa, had a high pile and a gold background. Other velvets include chiffon (lighter in weight with a short, dense pile and softer hand), dévoré (patterns are created by chemically burning away some of the fibers), Lyons (heavier, with a crisp hand), and panne velvet (with patterns created by pressing down the pile). 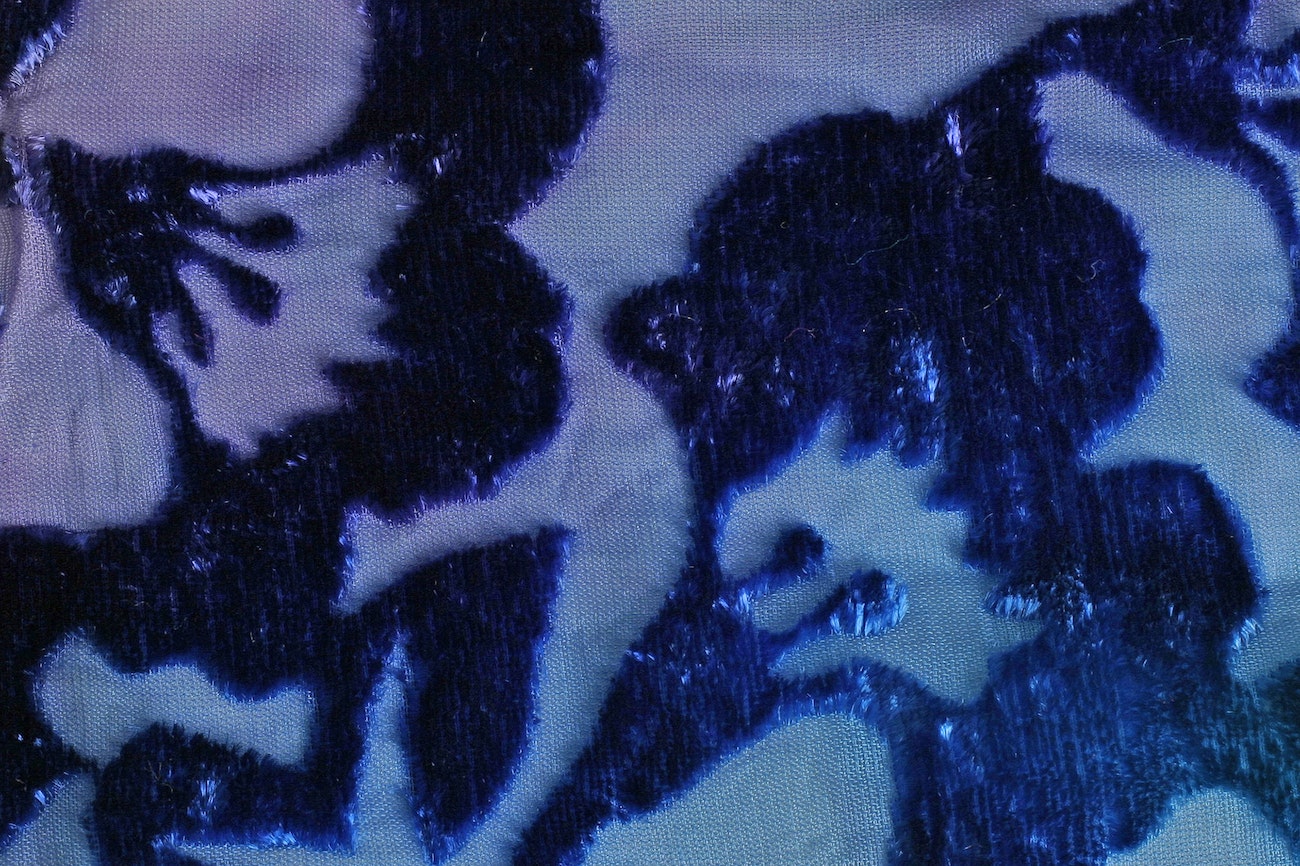 Interested in learning more about the history of silk? Find additional articles and projects in the March/April 2007 issue of PieceWork.

Also, remember that if you are an active subscriber to PieceWork magazine, you have unlimited access to previous issues, including March/April 2007. See our help center for the step-by-step process on how to access them.

Christen Brown is a needlework designer, retailer, and author. Visit her website at christenbrown.com.