The fashion doll was a popular portrayer of style in the eighteenth century and the predecessor of fashion plates and then fashion magazines.

Elisabeth Jenkins Baty’s entry in the PieceWork Miniatures Contest 2016—Miss Elisabeth’s Finery: An 18th-Century Lady’s Accoutrements—won an award and led to conversations with Elisabeth about the wonderful world of the fashion doll, a popular portrayer of style in the eighteenth century and the predecessor of fashion plates and then fashion magazines. The conversations, in turn, led to Elisabeth’s article and two projects (exquisite fashion accessories to embroider and sew) in the Spring 2019 issue of PieceWork!

The fashion doll from the collection of the Rijksmuseum in Amsterdam that is shown in Elisabeth’s article wears a robe à la Française (gown in the French style). I can’t explain why, but I have become somewhat obsessed with this particular style of dress. Most of the gowns are drop-dead gorgeous, the embroidery is exquisite, and the accessories are miniature jewels. But that’s not unusual for a variety of period handmade clothing. I think the reason I delved into robes à la Française was to see if I could understand why these incredibly impractical gowns became so popular.

The Metropolitan Museum of Art in New York has a number of these gowns in its collection. Here is some additional information on them from the Metropolitan’s website: 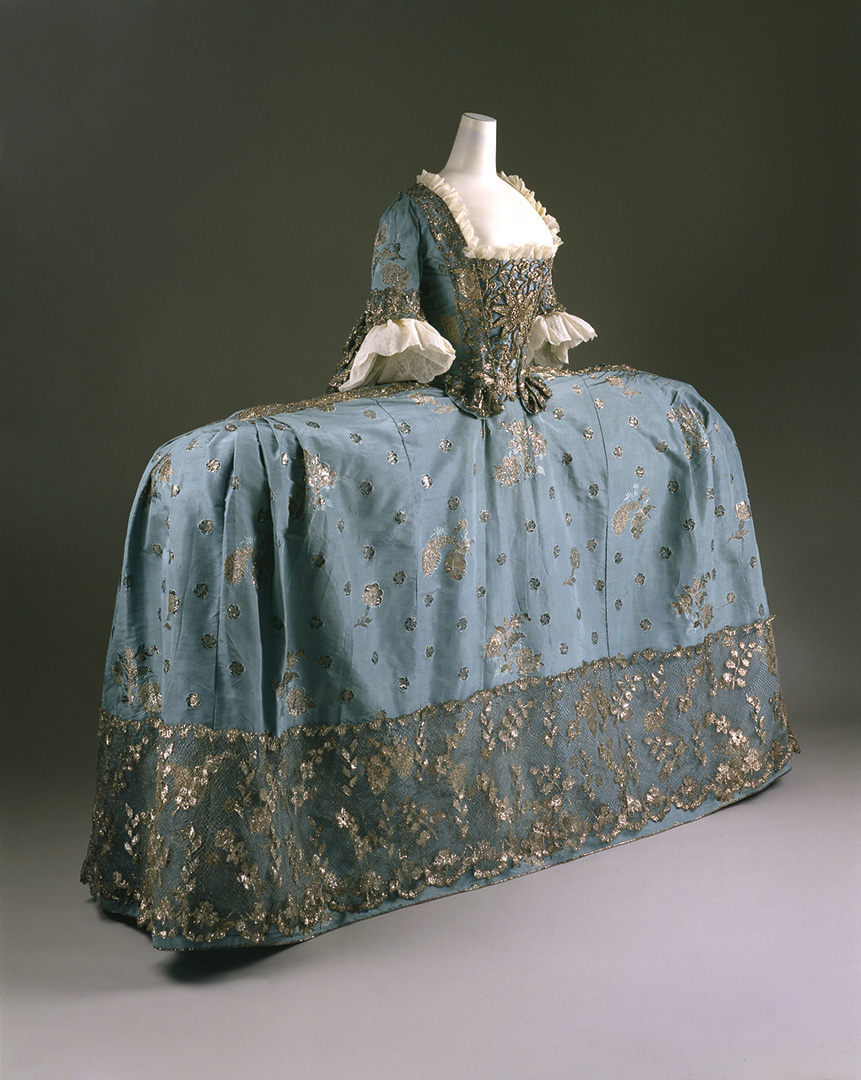 Above is an image of a life-size example from the Metropolitan’s collection. As noted, and surely applicable to this image, the wearer would have had to turn sideways to enter or leave a room—inconvenient at the very least. But I have other questions: Was it improper to rest one’s arms on the dress? Did people set plates and drinks on it at parties? Who thought this was a good idea? To view other examples of these gowns, visit the Metropolitan’s website. It appears that this style of gown started to become more wearable as the years progressed.

The fashion doll article and companion projects are only the tip of the iceberg; here are some other highlights from this issue of PieceWork: 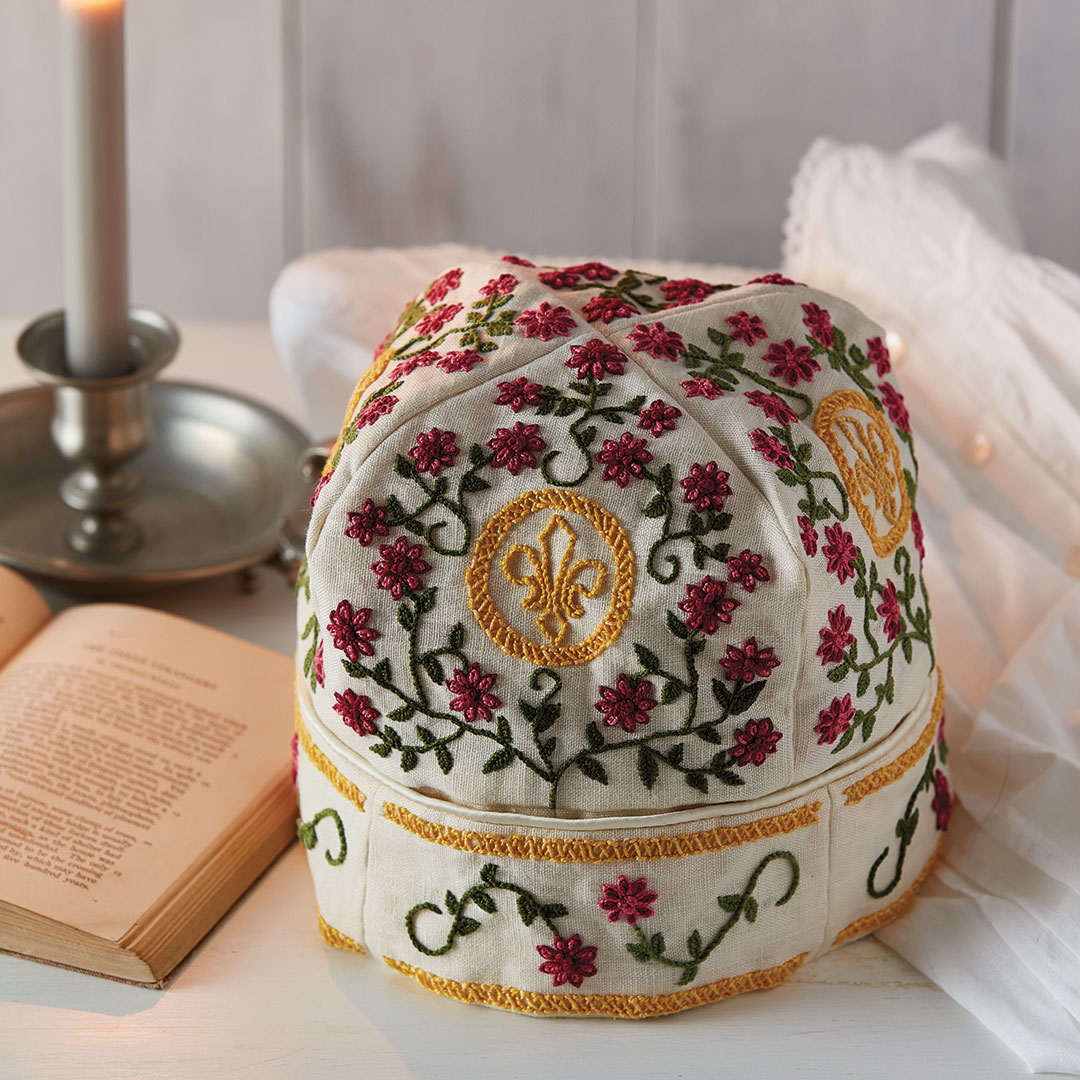 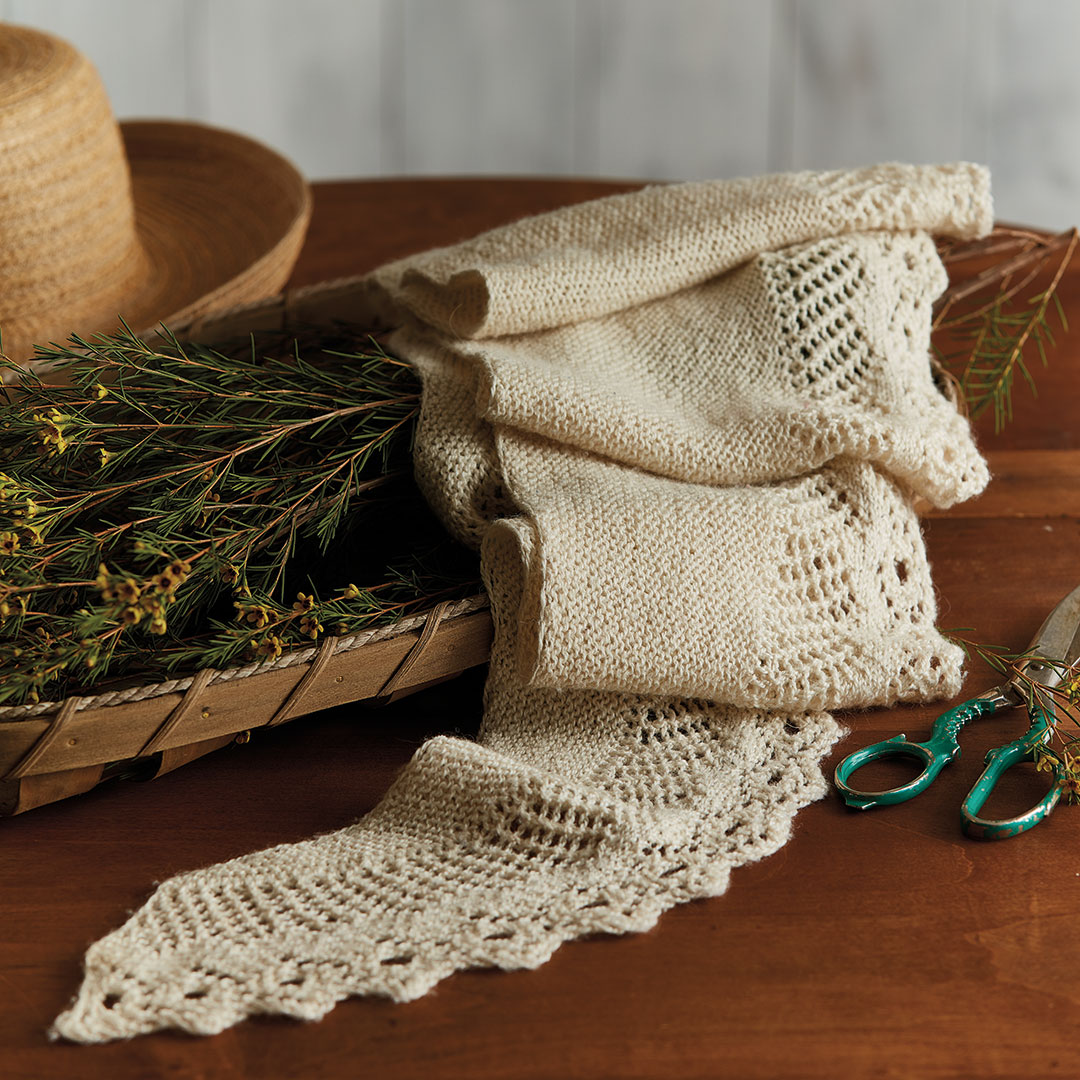 I hope you’ve enjoyed this sneak peek at our newest issue. There’s so much more!