The doily has been at the center of home décor fashion for more than a century.

Ava T. Coleman used Anna Marie Jensen’s pattern for The Queen’s Lace to knit this stunning doily. There is a royal connection. Photo by Joe Coca.

A PieceWork article that clearly resonated with our readers was Beverly Gordon’s “The Push-Pull of Doilies: Revered, Reviled, and Reconceived” in the November/December 2017 issue. And yes, some readers love doilies, but some clearly do not. Regardless of your position, the doily has been at the center of home décor fashion for more than a century.

In addition to Beverly’s article, a companion project was included in the November/December 2017 issue of PieceWork. We asked designer Daniela Nii to create a doily with the popular pineapple motif.

PieceWork readers won’t be surprised to learn that the doily has figured in many issues. (Full transparency—the PieceWork staff is firmly in the “love doilies” category!) Over the years, we’ve included doilies worked in crochet, knitting, multiple forms of needlework, and tatting. 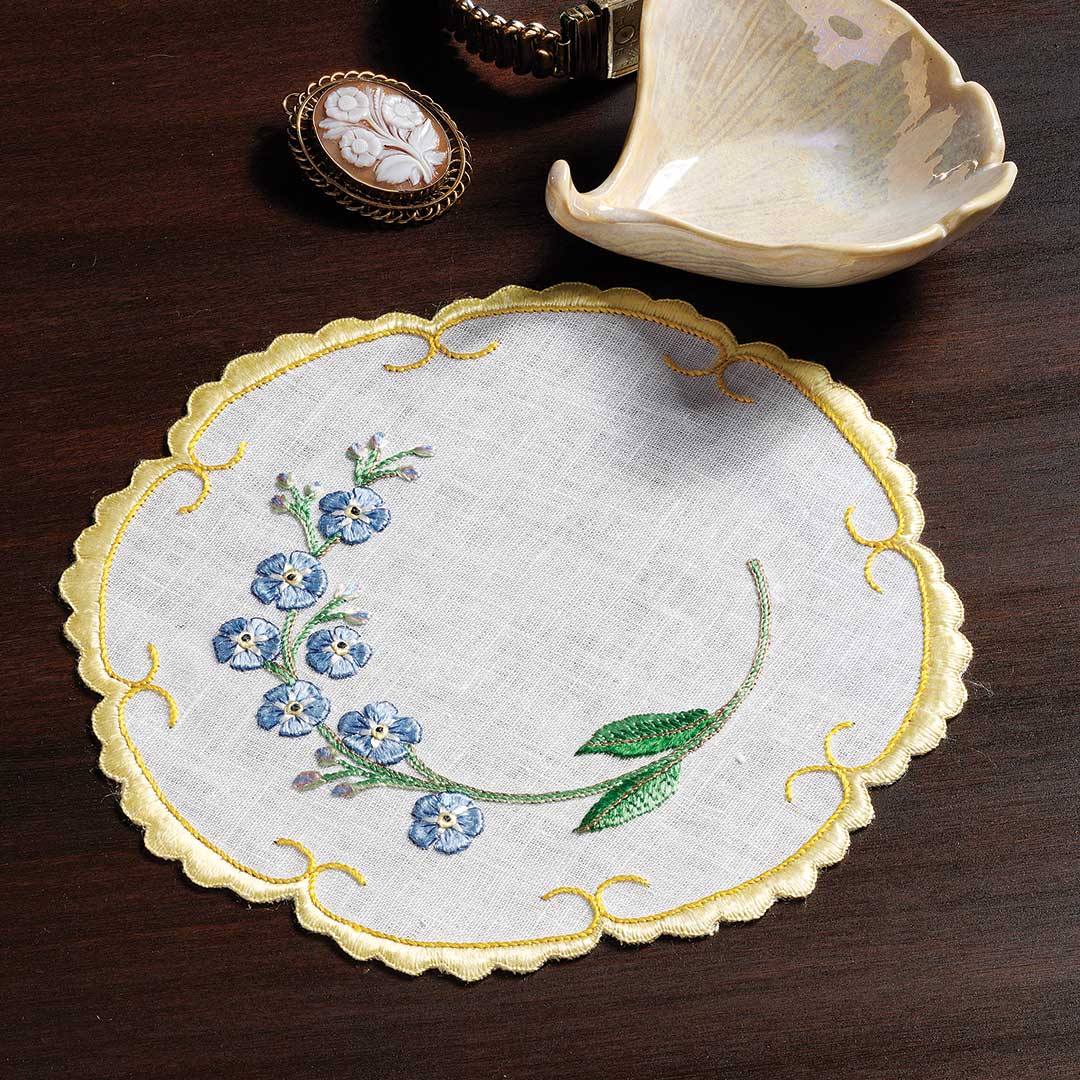 Mary Polityka Bush worked this lovely doily in silk art embroidery. It was featured in the November/December 2016 issue. Photo by Joe Coca.

And now back to Anna Marie Jensen and her Queen’s Lace pattern. As you can see from the photo above, the doily knitted from this pattern is exquisite. Ava T. Coleman became a passionate follower of Anna Marie Jensen’s lace knitting and shared information on her knitting and her life in the article “The Queen’s Lace” in the May/June 2011 issue of PieceWork. Here, you’ll learn how Anna Marie, born in Denmark in 1892, came to North America in 1919, became a registered nurse in Chicago, and in 1939, moved to Brush, Colorado, to work at Eben Ezer Lutheran Care Center. It was in Brush, that Anna Marie met Queen Ingrid of Denmark (1910–2000). Disney is definitely on to something—truly “It’s a Small World”!

I want to share one more doily story with you before I close. The theme for the January/February 2004 issue was “Needlework Gift of Love.” Shown below is the simply stunning doily that reader Diane Willett designed and knitted as a 25th-wedding anniversary present for her older sister and her husband. The work is just exquisite. 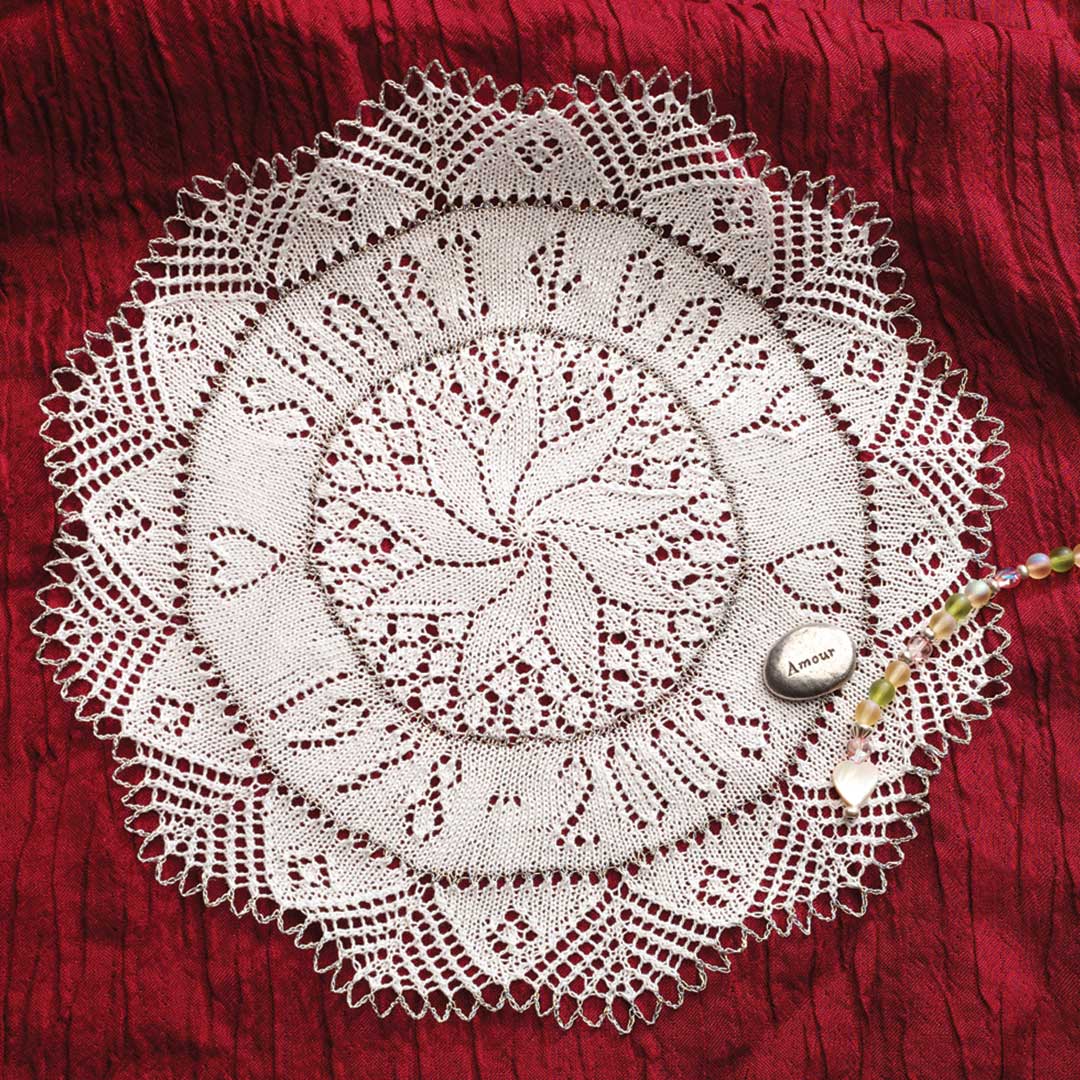