Here’s the story of how Linda Ligon's son got lost in Tunis and discovered a not-quite-magical cloak.

Close up of the front of Linda's tajira. Photos by Linda Ligon.

Our elder son spent half a day totally lost in the medina in Tunis, Tunisia. Wending his way along little alleys and around corners and up and down stairs, he eventually found himself in a small, remote room full of old textiles. Okay, that’s the back story, and I wish I had been there. 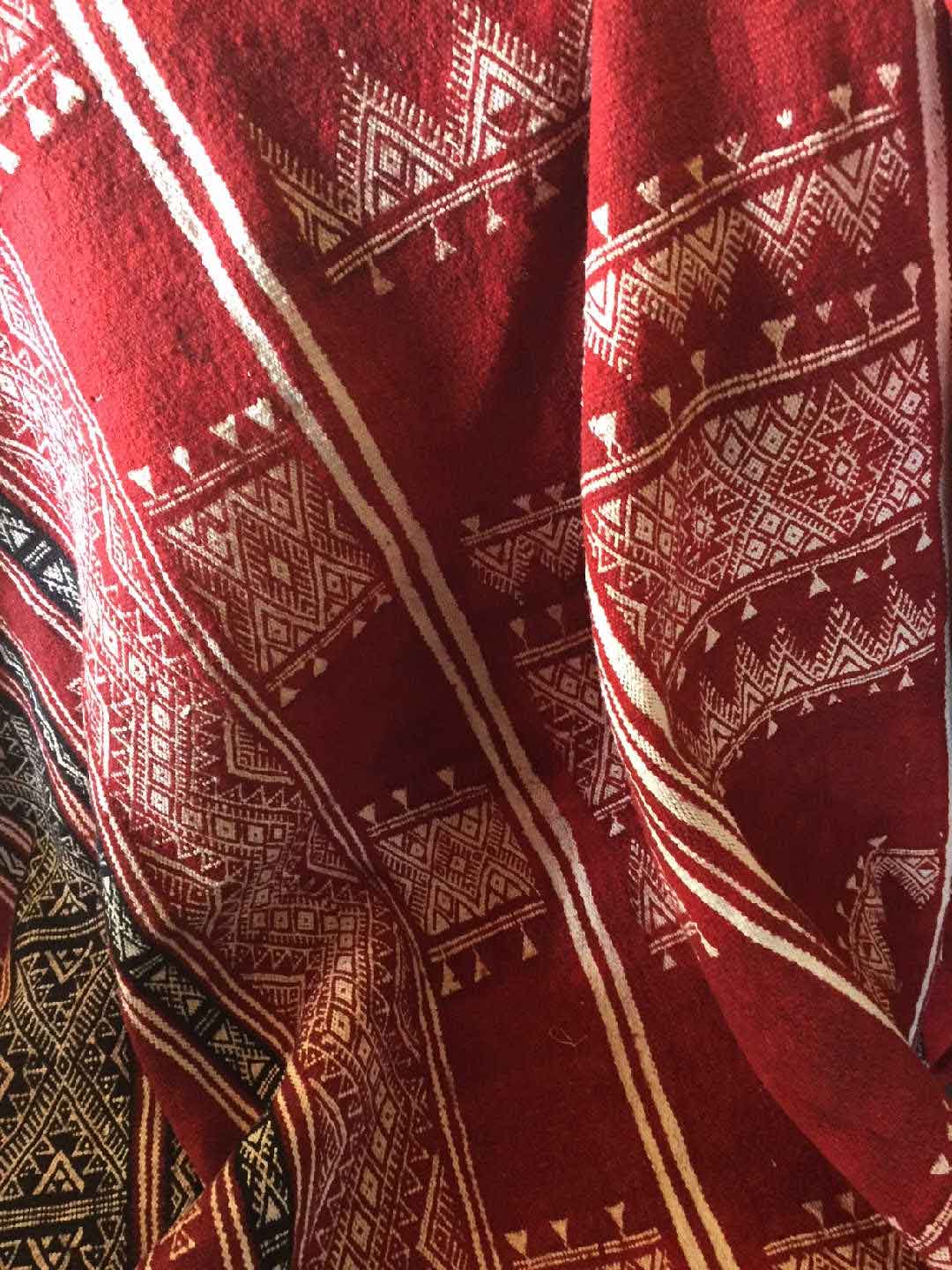 The tajira Linda’s son brought back from his adventure in Tunis.

As you can see, this particular tajira is crimson (cochineal) with distinctive black and white patterns, woven as supplementary weft. But the cool secret is, it spent many years as a pure, solid white cloak. At some point in the owner’s life, it was dyed red to show her change of marital status. And when it was dyed, the white pattern motifs appeared. Like magic.

Well, not really magic. The tajira is wool, but the patterns were woven of handspun cotton, and cotton doesn’t take dye in the same way wool does. In this case, it didn’t take the dye at all. (So how did some of the motifs end up white on black? This really is a mystery.) 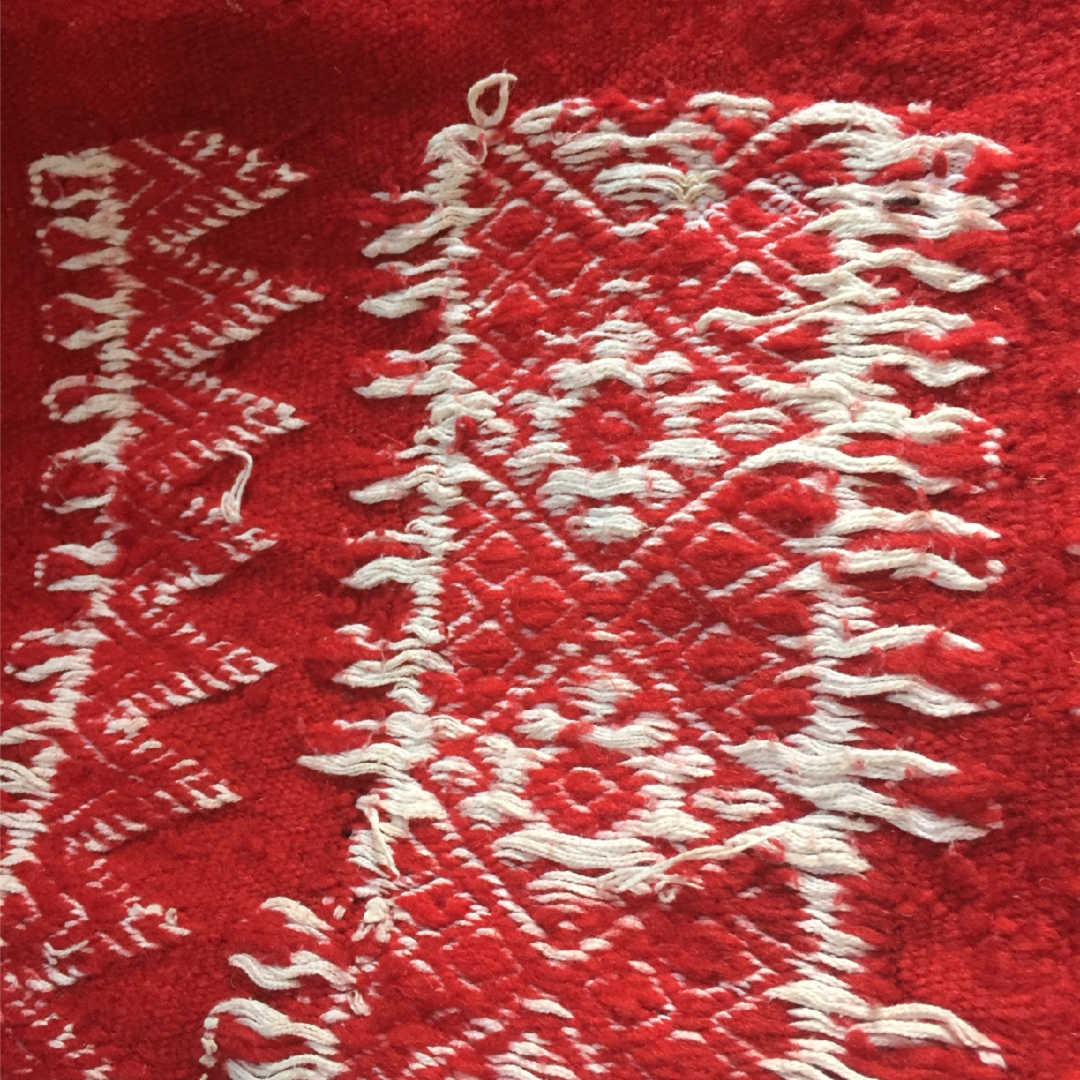 Close up of the backside of the patterning on the tajira.

Isn’t that a cool trick? And it’s easy enough to do. Any acid dye should work, as should many natural dyes that strike differently on protein and cellulose fibers.