In Appreciation of Pot Holders

After writing a story about a set of crocheted pot holders that I discovered, readers responded with a range of opinions about this needlework form.

Some years ago, I wrote about the set of brightly colored crocheted pot holders that I discovered in a hope chest among the otherwise exquisite needlework made by my genteel Danish grandmother (“Playful, Practical Pot Holders,” PieceWork, March/April 1997). The story drew a surprising number and variety of responses.

Some readers dismissed the pot holders as “schlock,” that is, of low value, while others began an appreciative search for pot holders among the handwork of mothers, grandmothers, or favorite aunties. 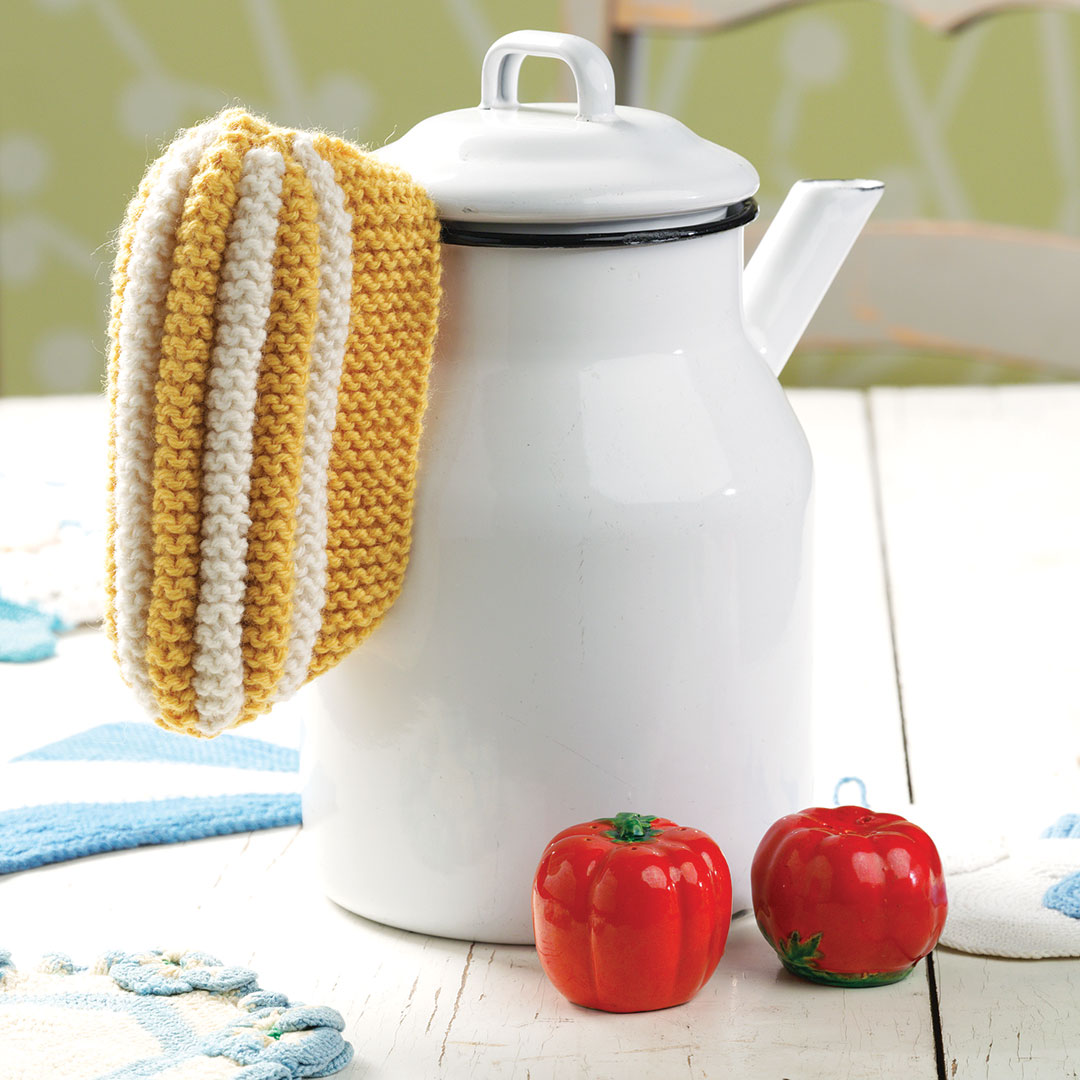 Susan Strawn’s “Kettle Holder,” which she adapted from Weldon’s Practical Needlework, Volume 3, and featured in the March/April 2010 issue of PieceWork. Photo by Joe Coca.

Curious that pot holders could spur such debate, I began to study and collect them. I now have about 500 examples. I also accumulated needlework magazines, pattern books, and related bits of information about pot holders as I explored their history.

Pot holders in museum collections date back no further than 250 years. Tongs, towels, rags, or apron corners have served to protect hands from hot dishes and cooking utensils. The occasional early “holders” in museum collections usually are not padded and probably were intended to cover teapot handles. Among the oldest is a crewelwork holder at the Henry Francis du Pont Winterthur Museum in Delaware. Embroidered in shades of blue, green, yellow, and brown on a diaper ground, it dates to between 1750 and 1800. A mid-nineteenth-century holder in the Chicago Historical Society collection has the cross-stitched slogan “Any holder but a Slave Holder.” Purchased at the Great Northwest Sanitary Fair in 1865, the holder is typical of the political souvenirs sold at antislavery fairs of the period.

Susan Strawn, an associate professor at Dominican University in River Forest, Illinois, teaches classes about textiles, including the history of dress, cultural perspectives of dress, and surface design of fabric. She is the author of Knitting America: A Glorious Heritage from Warm Socks to High Art (Minneapolis, Minnesota: Voyageur Press, 2007) and a member of PieceWork’s editorial advisory panel. She was formerly an illustrator and photostylist for Interweave.

Download the March/April 2010 issue of PieceWork to knit Susan Strawn’s “Kettle Holder,” which she adapted from Weldon’s Practical Needlework, Volume 3, and read the rest of her article, “In Appreciation of Pot Holders.” To learn more about how to interpret Victorian knitting patterns, such as the one Susan adapted from Weldon’s, read our blog post, “5 Tips for Reading Victorian Knitting Patterns.”