How Did They Do That? Lucet Braid

Looking for a strong and different type of cording technique? Try lucet braiding!

The Vikings did it, Medieval and Renaissance Europeans did it, tall-boat sailors did it, proper Victorian ladies did it. The firm, square lucet braid so handy for lashing and tying—and eventually for embellishing—was ubiquitous throughout the Western world until the industrial revolution of the late eighteenth and early nineteenth centuries replaced it with cheap, machine-made substitutes.

Check the mitten strings on old Scandinavian mittens; they're probably lucet braid. Once you’ve tried making one, you’ll see them everywhere, and you’ll know why they became so common. They’re easy, portable, quick to make, and tough. Make one of string, crochet cotton, well-twisted wool, or even silk. Once you’ve mastered the basic braid, you can extend your skills to making multi-colored, fancier versions. Or make a great fat one out of rope on a tree branch. And you don’t even need a tool, really—just take a look at your hand, that space between the thumb and forefinger. Perfect. 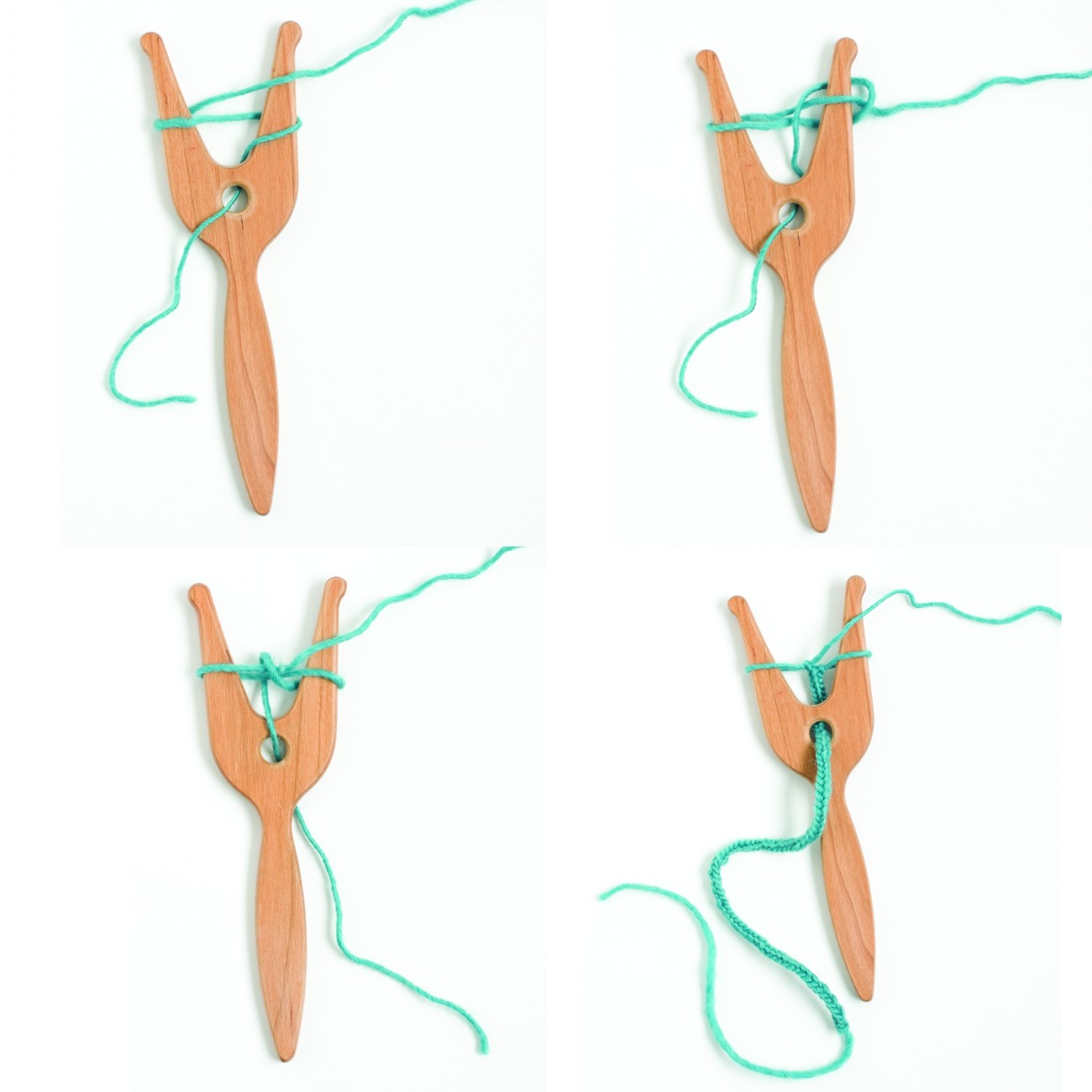 How to form a lucet braid using a lucet tool

Step 1: Pass the end of the yarn through the hole in a lucet tool from back to front. Wrap the yarn around the tines as shown.

Step 2: Pass the lower right-hand loop up over the upper strand. Turn the lucet over from right to left as if turning the page of a book.

Step 3: Repeat the same move as in Figure 2, slipping the right-hand loop up over the upper strand. Turn the lucet from right to left again. Gently snug the knot in place.

Step 4: Continue looping and turning the tool, gently snugging the knots in place to form a square braid.

Find this and other great articles in the March/April 2009 issue of PieceWork.

Also, remember that if you are an active subscriber to PieceWork magazine, you have unlimited access to previous issues, including March/April 2009. See our help center for the step-by-step process on how to access them.