L. Frank Baum, as a clever spinner of stories, while writing a magical tale for children was also using Jinjur and her army as an allegory for the women’s suffrage movement, to which he was no stranger.

Pages 84 and 85 of The Land of Oz by L. Frank Baum with illustrations by John R. Neill (Chicago: The Reilly & Lee Company, 1904), showing General Jinjur’s all-girl Army of Revolt with knitting needles protruding from the backs of their heads. Collection of Christina Garton. Photograph by Ann Swanson

L. Frank Baum (1856–1919) is widely known as the author of The Wonderful Wizard of Oz, which was published in 1900 and in 1939, as The Wizard of Oz, made into the most watched film of all time. Nonetheless, nearly every publisher in Chicago refused the book initially because of its fantastic subject matter and extensive color plates, which were very expensive to print. George M. Hill was finally persuaded to take a gamble on it, and the modern American fairy tale became the best-selling children’s book of 1900.

I first discovered this and the thirteen other Oz books in Baum’s original series (published between 1904 and 1920) as a girl while exploring the children’s nook of our small town library. Located at the top of a shaky, open-backed staircase in a damp old grist mill, the library housed a musty collection of fabulous books. Reading through the original Oz books time and again, I was captivated by Baum’s bizarre fantasy world and by the stunning Art Nouveau–inspired illustrations by W. W. Denslow (1856–1915) and John R. Neill (1877–1943). Among the characters introduced in the second book of the series, The Land of Oz, are a living Saw-Horse, Jack Pumpkinhead, Mombi the witch, the elklike Gump, the Woggle-Bug, and Tip, the story’s young hero.

Journeying on foot to the Emerald City, Tip comes upon a girl sitting by the side of the road. She is General Jinjur, the commander of the all-girl Army of Revolt, whose aim is to defeat the Emerald City, which has been ruled by men “long enough,” and pilfer the beautiful gems to sell and use for fine jewelry. Upon meeting the other girls, “Tip thought this strange army bore no weapons whatever; but in this he was wrong. For each girl had stuck through the knot of her back hair two long, glittering knitting-needles.”

Baum, as a clever spinner of stories, while writing a magical tale for children was also using Jinjur and her army as an allegory for the women’s suffrage movement, to which he was no stranger. In pre-Oz days in Aberdeen, South Dakota, he edited the Aberdeen Saturday Pioneer and wrote an editorial in its very first issue (January 25, 1890) entitled “Equal Suffrage Notes.” He was the secretary of Aberdeen’s Equal Suffrage Club, and state and national suffrage speakers were often guests of the Baums. His wife’s mother, Matilda Joslyn Gage (1826–1898), spoke at the Women’s Rights Convention in Syracuse in 1852 and later wrote, along with Elizabeth Cady Stanton (1815–1902) and Susan B. Anthony (1820–1906), History of Woman Suffrage, which they published in four volumes from 1881 to 1902. 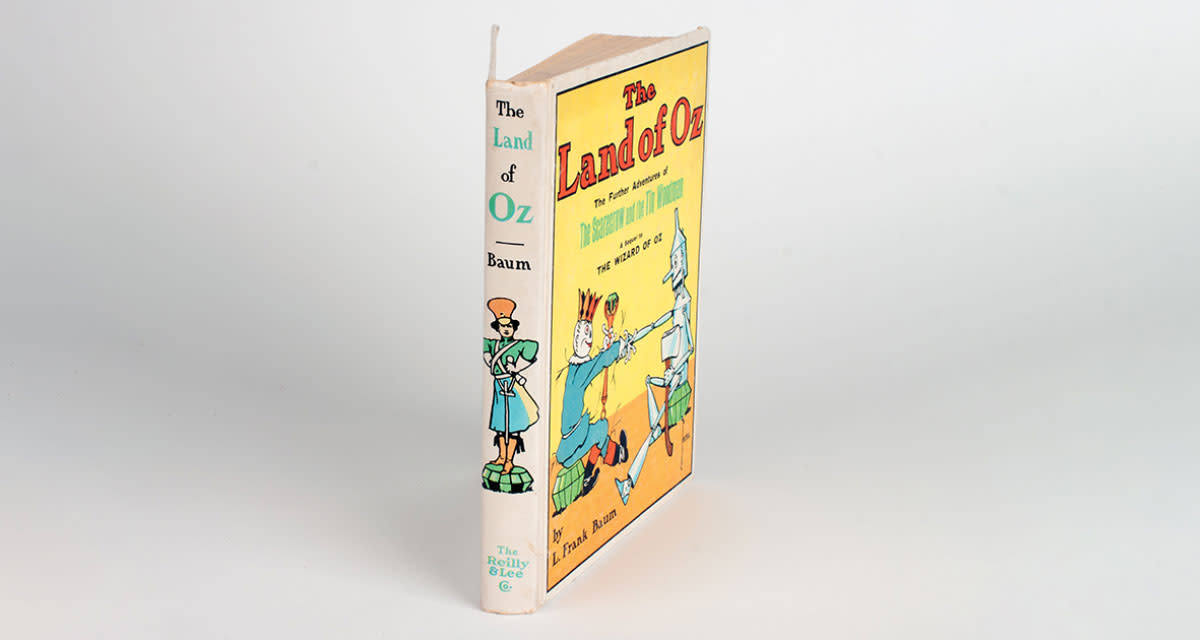 The cover and spine (showing General Jinjur) of The Land of Oz by L. Frank Baum with illustrations by John R. Neill (Chicago: The Reilly & Lee Company, 1904). Collection of Christina Garton. Photograph by Ann Swanson

General Jinjur and her knitting minions made their literary debut in 1904. Teddy Roosevelt had just been elected president, J. M. Barrie’s Peter Pan debuted as a stage play, and Puccini’s Madame Butterfly premiered in Milan; Marie Curie published the second edition of Recherches sur les substances radioactives, the Louisiana Purchase Exposition and first American Olympics were held in St. Louis, and the Broadway subway opened in New York City. Knitting was in an interesting place in history as well. Queen Victoria, who died in 1901, had established knitting and other handwork as desirable activities for ladies of class and leisure. In 1904, books of knitting patterns were in their infancy, but pattern newsletters such as Weldon’s Practical Knitting were very popular.

With these glimpses of 1904 in the background, I imagined myself as a knitter, a woman, and a mother sixteen years before ratification of the Nineteenth Amendment (which prohibits denying the right to vote to a United States citizen based on sex). What would General Jinjur (who, by the way, does conquer the Emerald City, steals the gems, and frees the women from their household chores) wear? What kind of dress would I choose to knit for my own daughter? [Joanna Johnson designed General Jinjur’s Jumper, featured in the eBook Victorian Times eBook: 8 Projects To Knit, for her daughter, Laurel.] 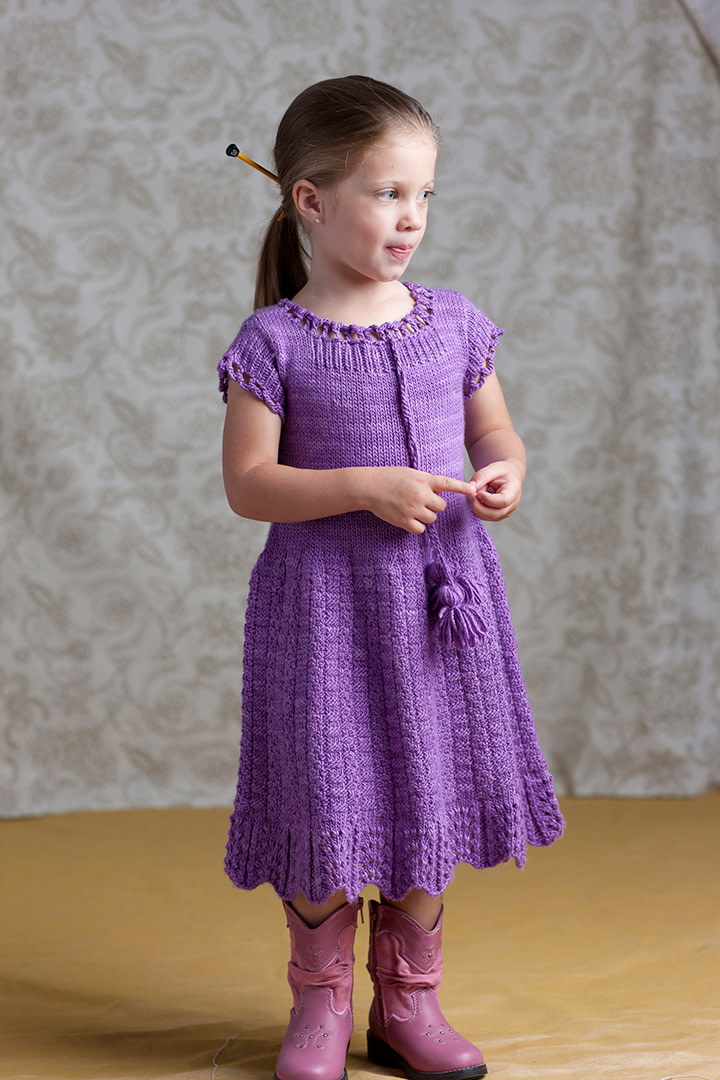 Joanna Johnson’s knitted General Jinjur’s Jumper. Our model donned knitting needles in the back of her head just for this shot. Photo by Joe Coca

Joanna Johnson is the owner of Slate Falls Press, which she operates with her husband, Eric, in Loveland, Colorado. Together they publish knitting storybooks and literary pattern collections, including Green Gables Knits. Find their books at www.slatefallspress.com.

This article was originally published in the September/October 2011 issue of PieceWork.