A look into the popularity of macramé during Victorian times.

Ends of scarf worked in Macrame. Photo by Joe Coca

European and American women in the late nineteenth century were mad for macramé, or macramé lace as it was known in instruction books for Victorian fancywork, which recommended it for embellishing every conceivable edge and surface. Sylvia’s Book of Macramé Lace (1882) termed the technique an “exceedingly fashionable occupation” that produces “a beautiful and effective lace, costing little difficulty to the worker, and useful in a variety of directions.” Among these “directions” were “to work rich trimmings for black and colored costumes both for home wear, garden parties, and seaside rambles—fairylike adornments for household and underlinen—fringes, edgings, and insertions for towels, pillows, antimacassars—covers for sofa-cushions, etc., etc.” 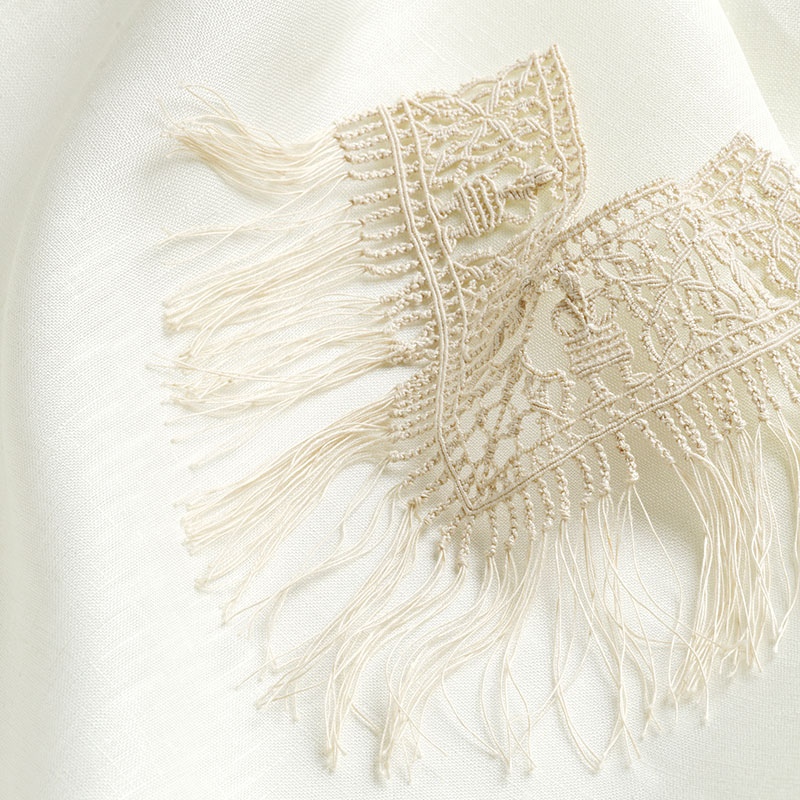 “Rich” and “fairylike” are not adjectives that resonate with those who remember the hemp plant hangers and owl-shaped wall hangings of the 1960s and 1970s, a revival of macramé that masked its more delicate and ancient origins. Even though the foundation of macramé is knotting and knotting is one of the oldest and most practical manipulations of threads, the progression from the knotted game and fishnets of ancient times to ornamental use is not clear. It is made even more obscure by the abundance of synonyms used for macramé over the years, among them punto a groppo (knotted stitch), knotting, square knotting, and string work. 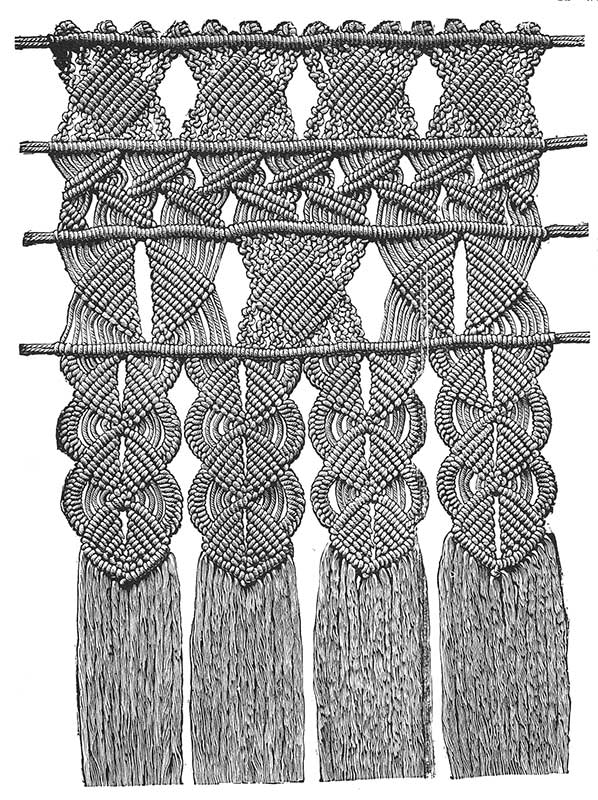 The Willow pattern in macramé from Weldon’s Practical Needlework, Vol. 2.

The name itself is attributed to the Arabic word migramah (ornamental fringe), suggesting a possible origin in the practice of decoratively knotting the unfinished warp threads of shawls, towels, and other linens woven in the Middle East during the thirteenth century. From that region, the technique likely spread to countries bordering the Mediterranean Sea, especially Italy and Spain. Victorian-era sources claim that it was known as punto a groppo in sixteenth-century Italy, but in her Dictionary of Lace (1984), Pat Earnshaw maintains that punto a groppo and macramé were entirely different techniques.

Kris’s complete article and her step-by-step instructions for making a knitted scarf with a macramé trim are in the July/August 2011 issue of PieceWork.