While we don’t know if President Franklin Delano Roosevelt’s wife, Eleanor, was knitting while he gave this first fireside chat, we do know Eleanor was a consummate knitter.

President Franklin Delano Roosevelt presents his first “fireside chat.” Over the course of his presidency, he broadcast 30 “chats” with the American people; the last was on June 4, 1944. 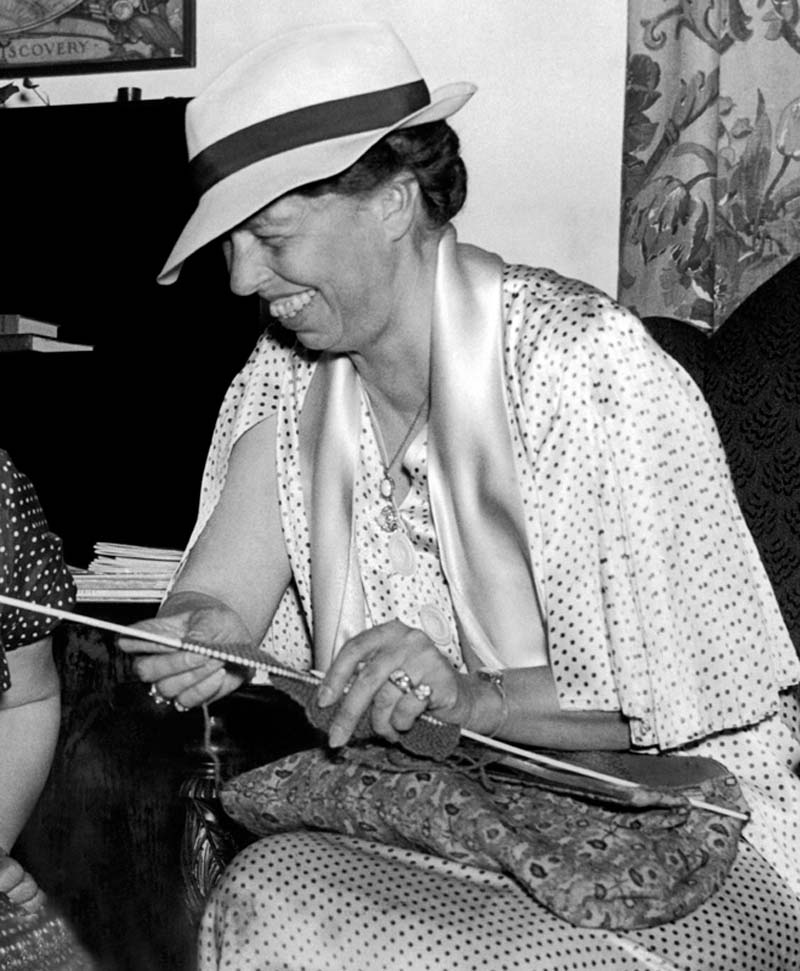 While we don’t know if President Roosevelt’s wife, Eleanor, was knitting while he gave this first fireside chat, we do know Eleanor was a consummate knitter. Mary Ann Colopy provides the details in her enchanting article, “Never Just Sit: Eleanor Roosevelt and a Life of Knitting,” from the January/February 2009 issue of PieceWork. Here are some highlights from Mary Ann’s article: 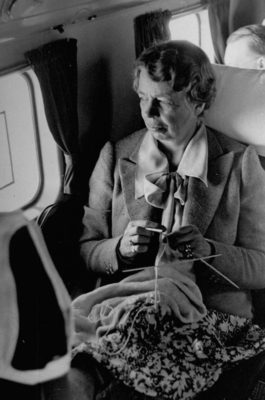 Read the entire article in the January/February 2009 issue. Enjoy the images that accompany this showing Eleanor knitting and learn more about her life off stage at her beloved Val-Kill in Hyde Park, New York, at www.nps.gov/elro.

Thanks to Franklin for delivering his fireside chats; they made a difference. Thanks to Eleanor for being one of the most formidable and courageous women in history. That she accomplished all she did, with her knitting always close by, is inspiring.