Hernán Cortés Pizarro (1485–1547), in a report to the king of Spain, marveled at the artistry of New World dyers and weavers. “Moctezuma [1466–1520] gave me a large quantity of his own textiles,” he wrote, “which, considering they were made of cotton not silk, were such that there could not be fashioned or woven anything similar in the whole world for the variety and naturalness of the colors and for the handiwork.”

The indigenous peoples of Mayan descent who live in Mexico and Central America still create exemplary textiles in the traditional designs and techniques. During our travels in these regions, my wife and I have collected beautiful examples, each with its own distinctive patterns and colors, which identify the village in which it was made. 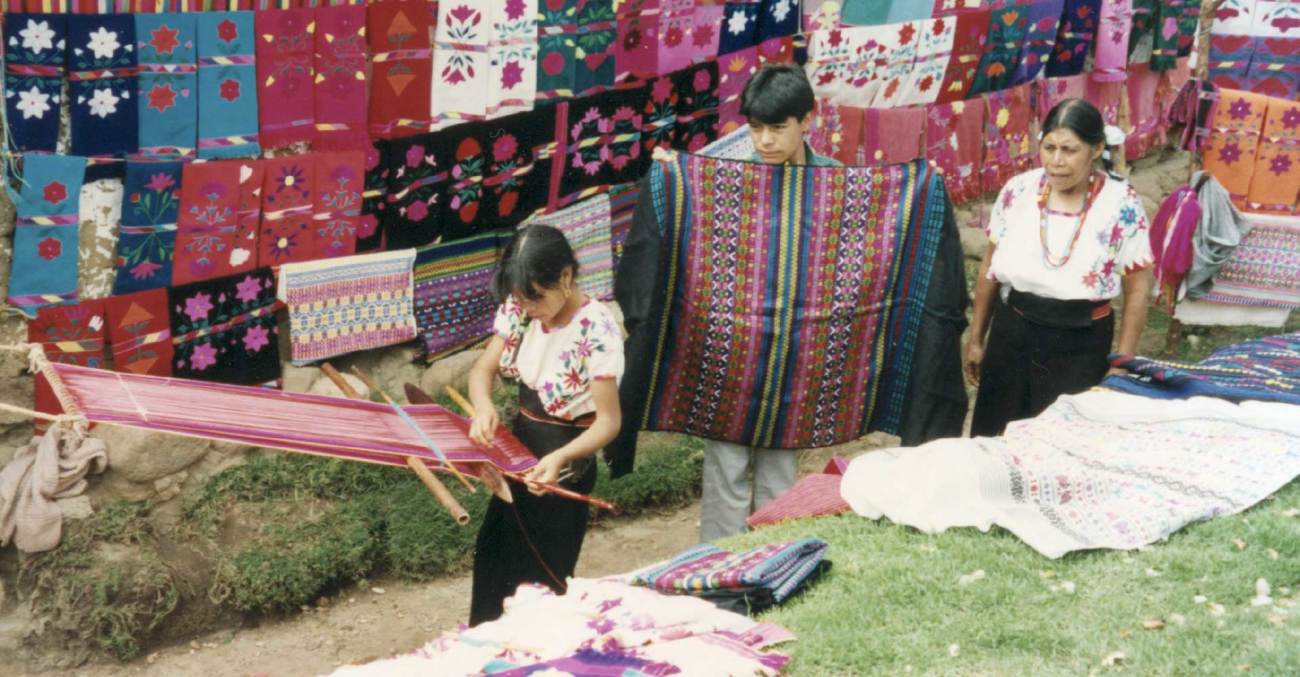 Outdoor market in the village of Zinacantán in southern Mexico; young woman at left is weaving on a backstrap loom. Early 1990s. Photograph by the author.

Men in the village of Santiago Atitlán on the shore of Lake Atitlán, southwest of Guatemala City, wear unique calf-length breeches of handwoven cotton striped in black or red and white. On the lower 12 inches (30 cm) or so of many of the pants, Mayan symbols are embroidered between the stripes. We persuaded a surprised needleworker to sell us one leg of the pair of pants that she was embroidering (the embroidery is worked before assembling the pants).

The small rectangles of brightly colored woven cotton that we saw for sale in a Huehuetenango market were a mystery to us until we saw one folded double to form the collar of a boy’s shirt. The women in Huehuetenango wear woven shawls of multicolored stripes decorated at each end with 3-inch (7.6-cm) pom-poms in the same colors. They are 5 to 6 feet (1.5 to 1.8 m) long and also serve variously as cradles, shopping bags, and slings to hold valuables. 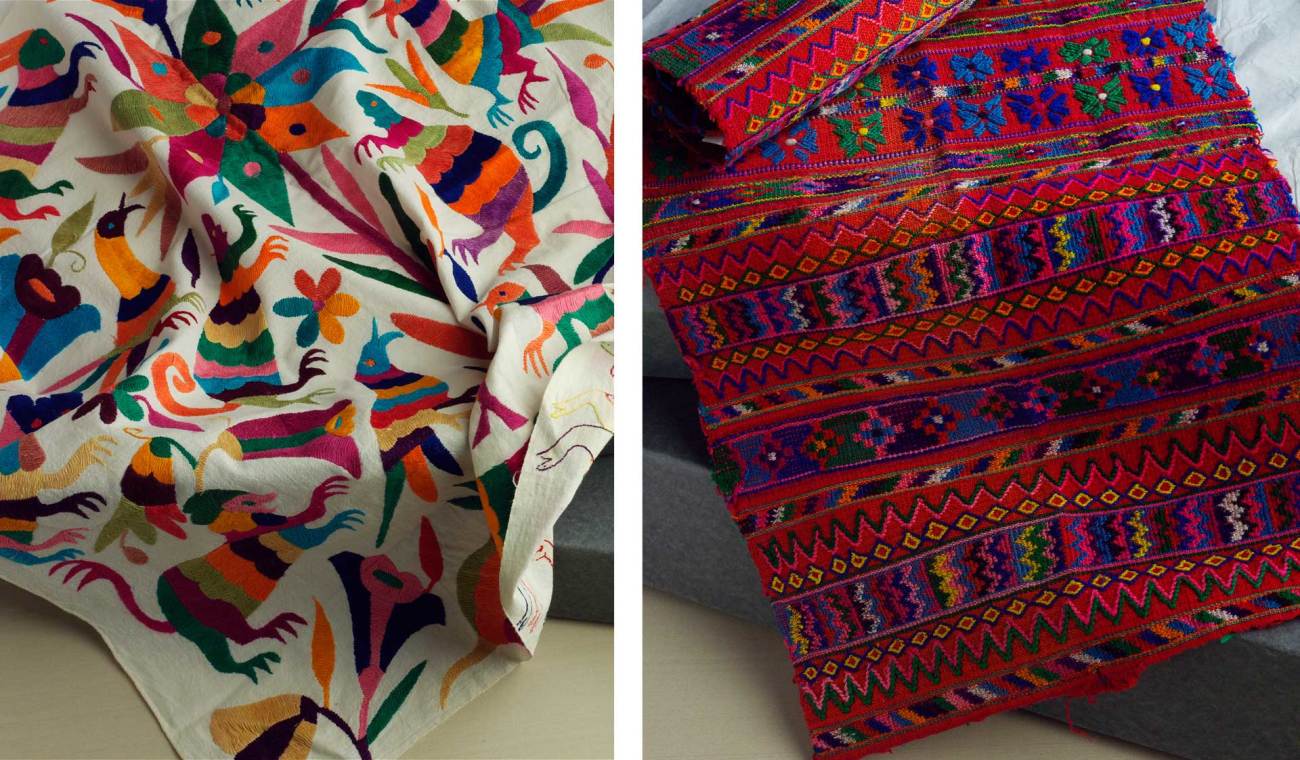 The embroideries of Uruapan in central Mexico are whimsical depictions of everyday life randomly arranged on rough cotton cloth. One can see cemeteries where the dead are honored with elaborate displays of food and flowers on All Soul’s Day, corn being ground for tortillas, men stacking kilns to fire pottery, and children flying kites. Most are embroidered skillfully with a combination of satin, chain, and straight stitches. Farther north in Mexico near Puebla, Otomi women cover factory-made cotton cloth with bewitching figures of mythical and real animals and flowers embroidered in satin stitch. 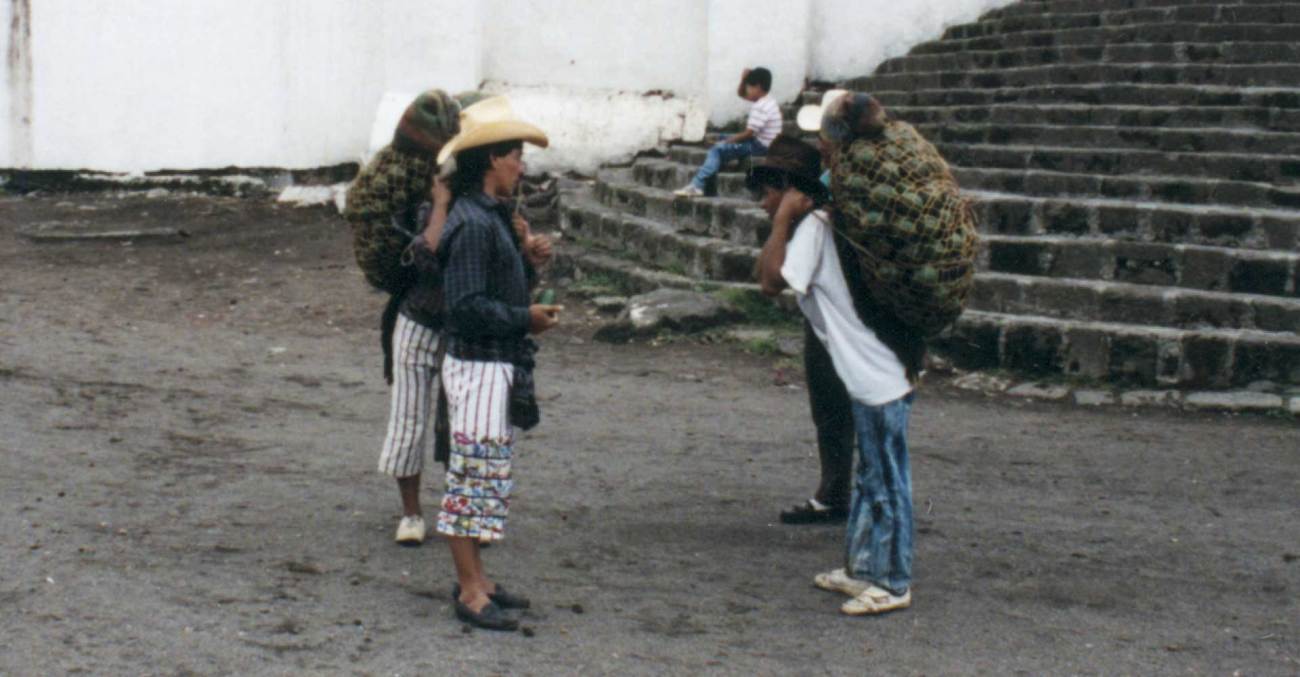 The huipils worn by many indigenous women in Mexico and Guatemala are blouses fashioned from a single piece of fabric. The ones with traditional designs tend to be the most heavily embellished. A Nebaj-Quiché woman in Guatemala had several huipils for sale. We had difficulty persuading her that we preferred the slightly faded ones woven of cotton over the pretty new ones made with synthetic yarns. 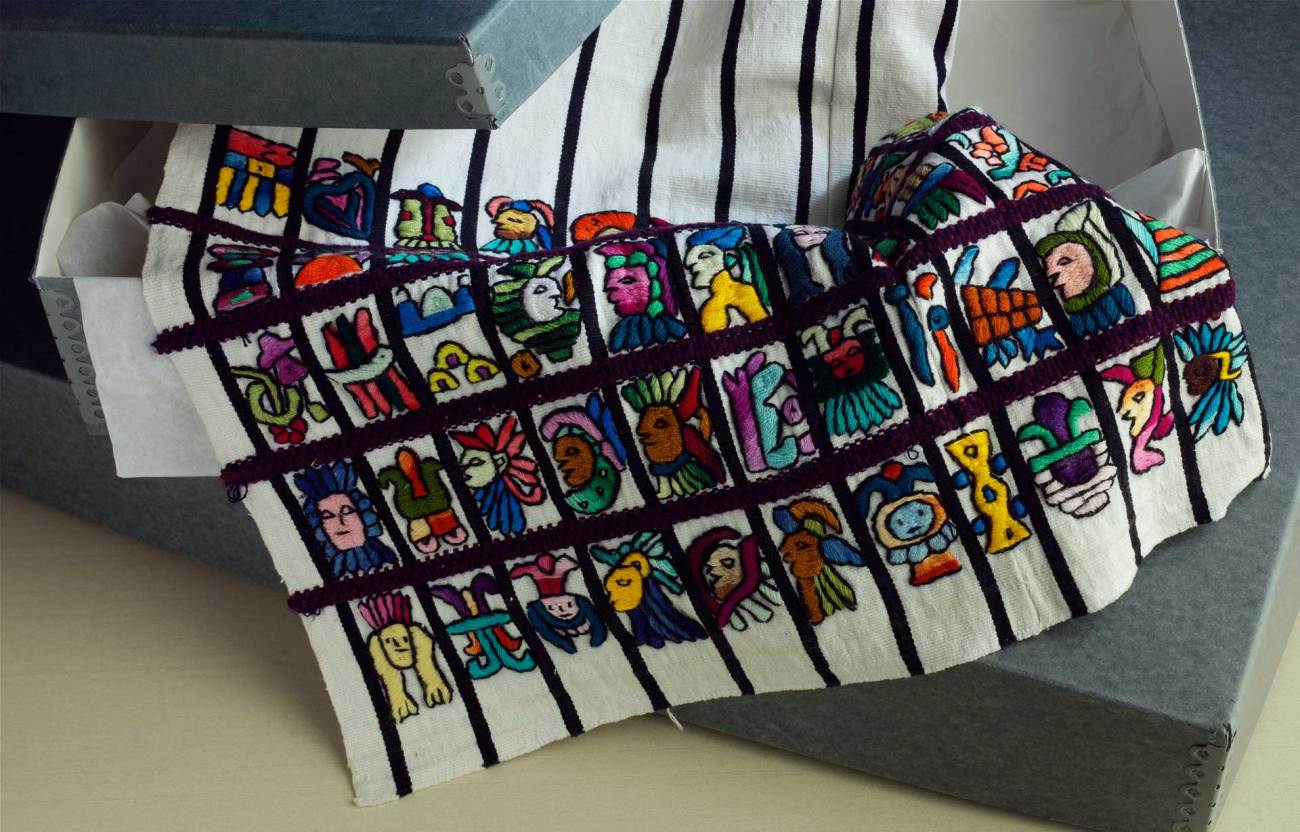 Men, in both Guatemala and Mexico wear large shawls called serapes for both warmth and fashion. Saltillo in northeastern Mexico is well known as a center for the production of handsome serapes made of fine wool.

We treasure the beautiful handmade objects that we have collected so far and are anticipating other trips and other remarkable textiles that await our discovery in Guatemala and Mexico. 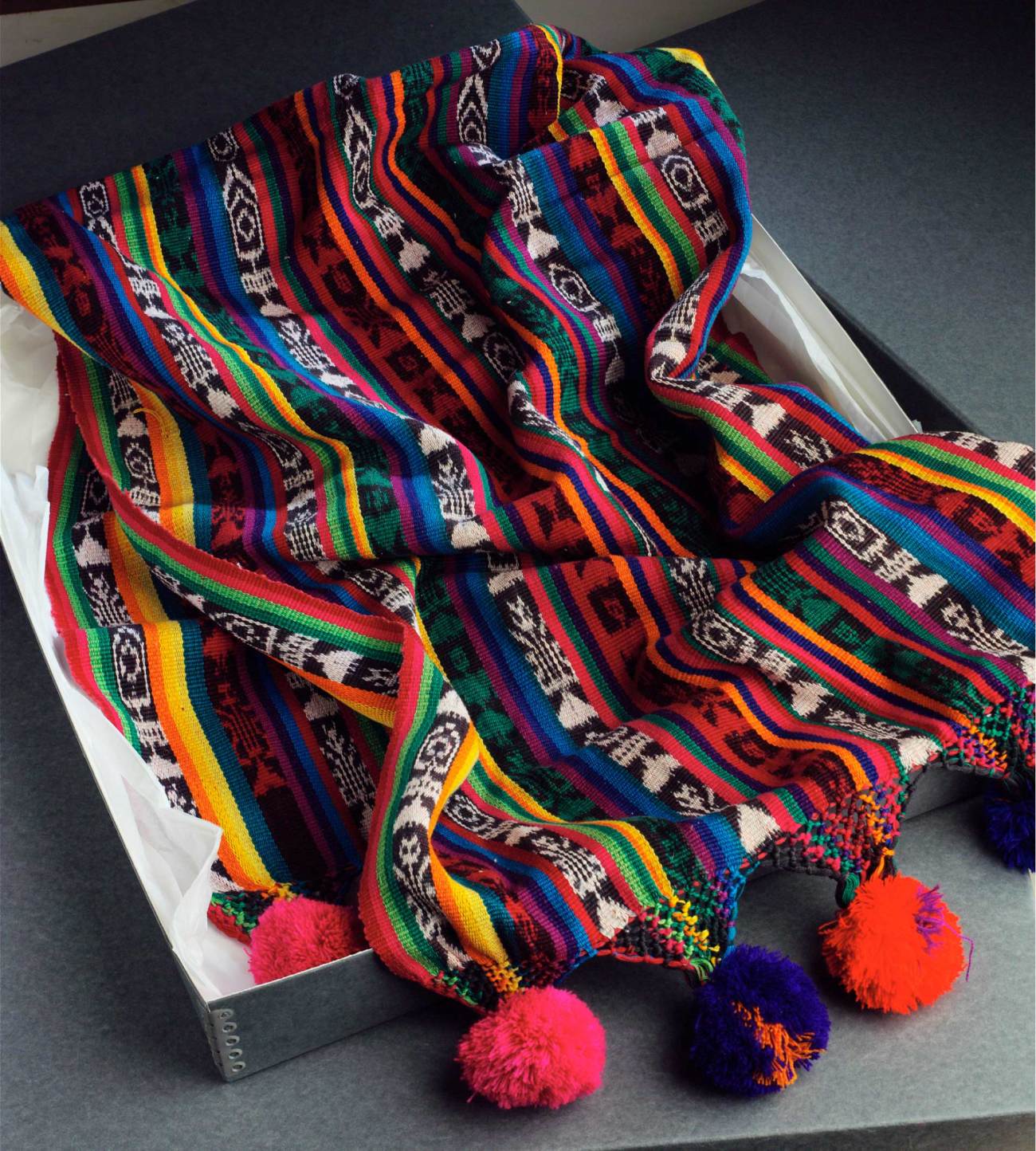 Gary McGregor, a graduate of the University of Cincinnati with a degree in design, is an interior designer in south Mississippi.