The embroidery technique that cheered them was known at the time as Depression Lace, Hoover Lace, or Hoover Star embroidery (the last two after President Herbert Hoover (1874–1964).

The Great Depression (1929–1933) bankrupted countless people not only financially but emotionally as well. For many women, humble gingham fabric, inexpensive thread, and simple embroidery stitches combined to nourish and comfort tattered spirits. The embroidery technique that cheered them was known at the time as Depression Lace, Hoover Lace, or Hoover Star embroidery (the last two after President Herbert Hoover (1874–1964). Among its many other names are Gingham Lace, Chinese Pinwheel, Tic Tac Toe and Amish embroidery, Mountain Lace, Gingham Tracks, Snowflake Lace, Snowflaking or Chicken Scratch for its resemblance to a chicken’s footprint in the dirt. Sometimes incorrectly called Teneriffe, it does borrow needle-weaving elements such as multispoke petals and spider-web stitches from that style of needle lace. 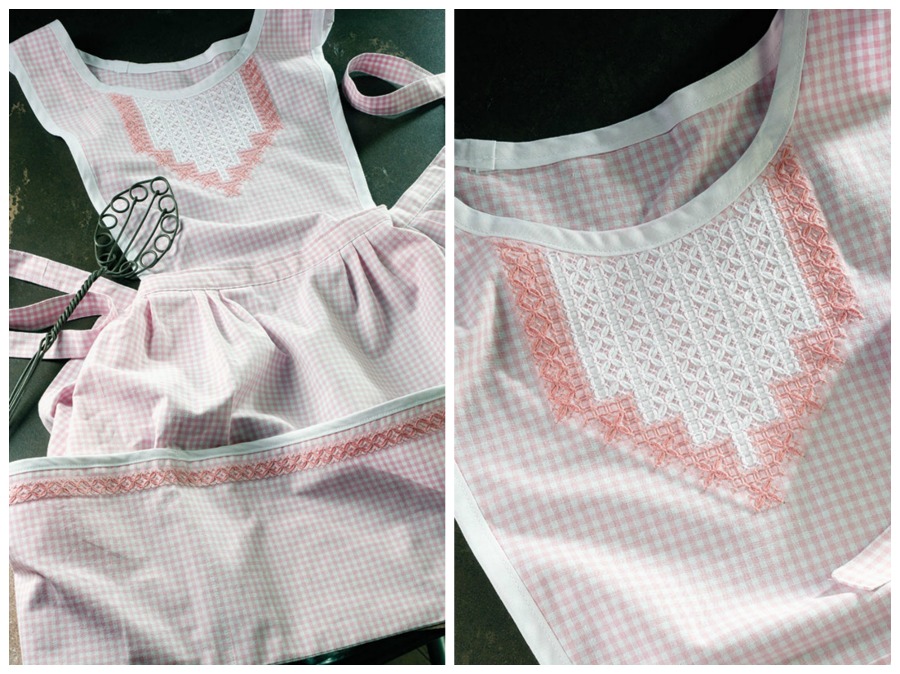 Needlework always has played a pivotal role in enhancing the quality of life and one’s environment, adorning clothing and enriching home furnishings. In earlier centuries, the finest needlework, lace in particular, was also an undisputed, envied mark of wealth, rank, and prestige. Only the noble and wealthy classes could afford fine handmade laces. The less fortunate, however, can be credited with using cheaper materials and basic needlework skills to mimic fine lace. Dresden Lace (see “The Great Pretender: Dresden Lace Embroidery,” PieceWork May/June 2010) is one such innovation; Depression Lace is another. Depression Lace is cross-stitch embroidery taken to a higher level. Its gingham ground fabric and a wrapping technique borrowed from needle weaving that creates a lacy appearance give it a definitive cachet. Traditionally, white thread is used for stitching on the solid-colored squares of the gingham and vice versa so that the design stands out against the background. The technique is probably less than 260 years old.

MARY POLITYKA BUSH of Piedmont, California, stitched her first Depression Lace projects—a facial-tissue holder and a miniature Christmas stocking—more than twenty years ago. She has enjoyed renewing her acquaintance with the technique in preparation for this article. She thanks Laurie Latour for sharing her knowledge of and enthusiasm for Depression Lace. Mary’s complete article and her step-by-step instructions for making a Depression Lace apron are in the May/June 2012 issue of PieceWork.