I wanted to take a moment to break up the usual holiday routine and talk about Bulgarian kukeri, a textile-rich tradition going back thousands of years.

A group of kukeri pose during the Masquerade Festival in Yambol, Bulgaria. PHOTO BY DARKWEAVERR

It’s the first week of December, and I’m sure everyone is getting deluged with ideas for last-minute holiday gifts, crafts and recipes. I don't want to talk about that today, instead I wanted to take a moment to break up the usual routine to instead talk about Bulgarian kukeri, a textile-rich tradition going back thousands of years.

Every year, hundreds of people in Bulgaria dress in elaborate monster costumes, often with large bells attached, and parade through villages and into people’s homes to scare off evil and bring good luck. These “monsters” are called kukeri, and boy, oh, boy, are they spectacular. The costumes vary from region to region: Some are covered in long fur that streams in the wind as the kukeri dance; others are elaborately embroidered and embellished with beads, glass, and bone and topped off with an equally adorned mask. Many costumes have leather belts with dozens of large bells attached to them. Subtle the kukeri are not. 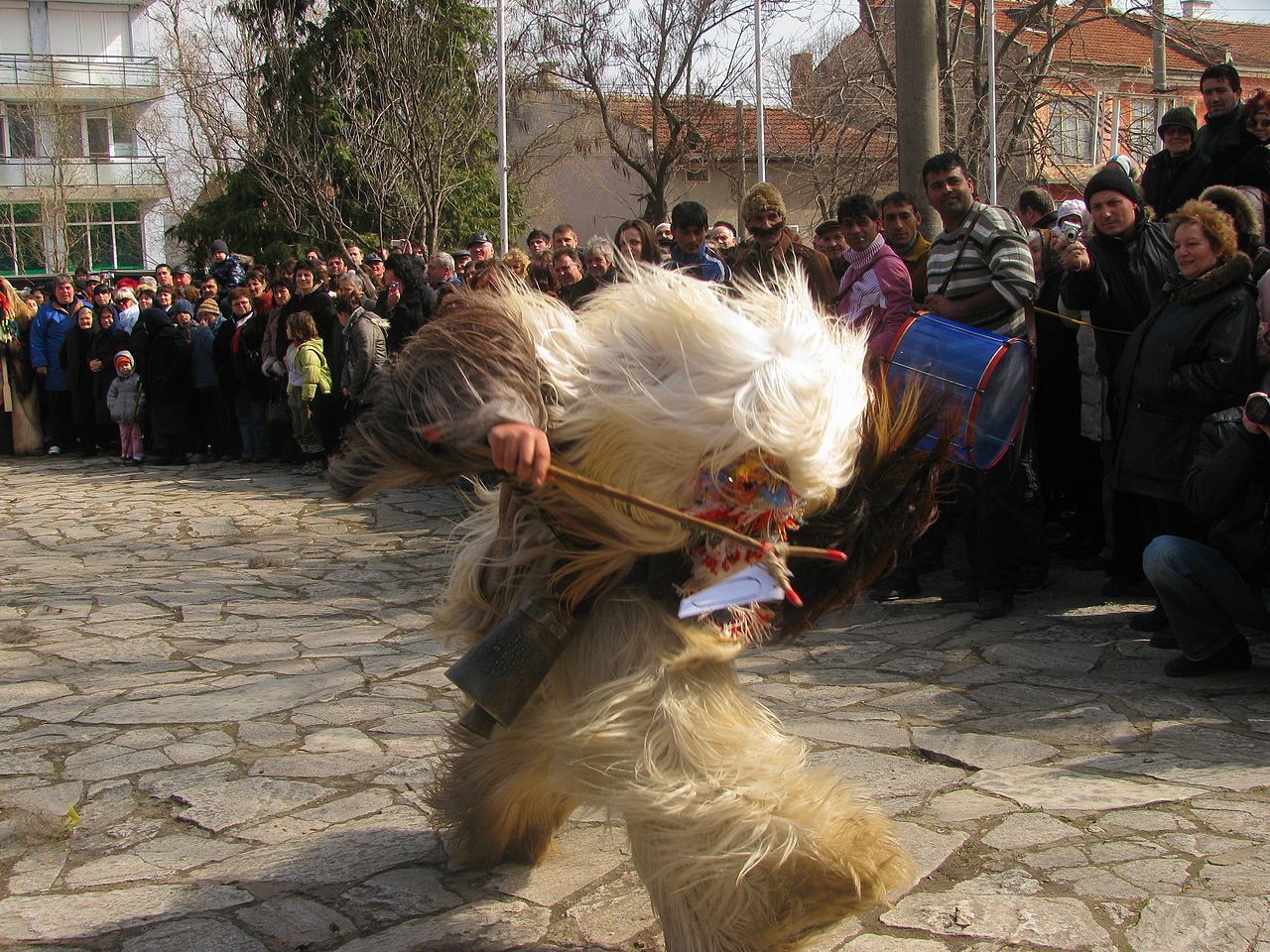 A kuker from Kalugerovo, Pazardzhik District, Bulgaria. PHOTO BY KALUGEROVO.

According to Gerald Creed, who wrote a book on kukeri, the costumes are designed to scare away evil with their loud clanging and monstrous appearance. Traditionally, these costumes are either inherited or carefully sewn and embellished by the owner. Until recently, all kukeri were men, and, in many places, taking part in the kukeri dance was seen as a rite of passage. Often, costumes are passed down from one generation to the next and new costumes are made by the owner, possibly with help from local craftspeople. While needlework in Bulgaria was considered women’s work, the kukeri were an exception: Men would work on their costumes throughout the year. 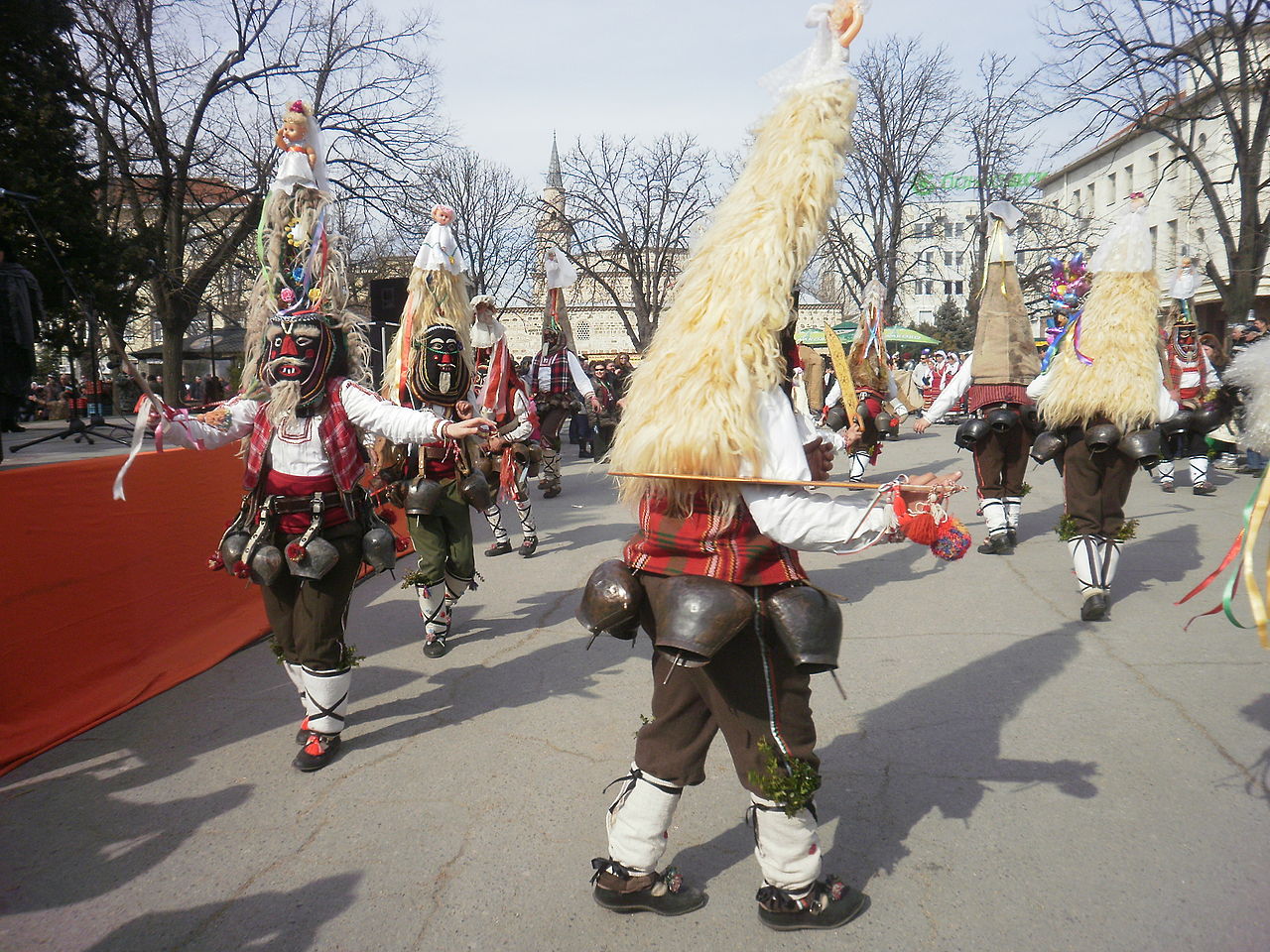 Kukeri at the Masquerade Festival in Yambol, Bulgaria. PHOTO BY SPASIMIR.

Kukeri costumes are incredible pieces of folk art and are a unique glimpse back in time because the tradition of the kukeri is quite old, so old, in fact, that we don’t know when it started. Some estimates even suggest that the kukeri originated more than 4,000 years ago. While they’re pagan in origin, the kukeri now appear around important Christian holidays. In some areas of Bulgaria, you can find the kukeri between Christmas and the Epiphany (January 6), and in other areas, the kukeri come the Sunday before Lent. 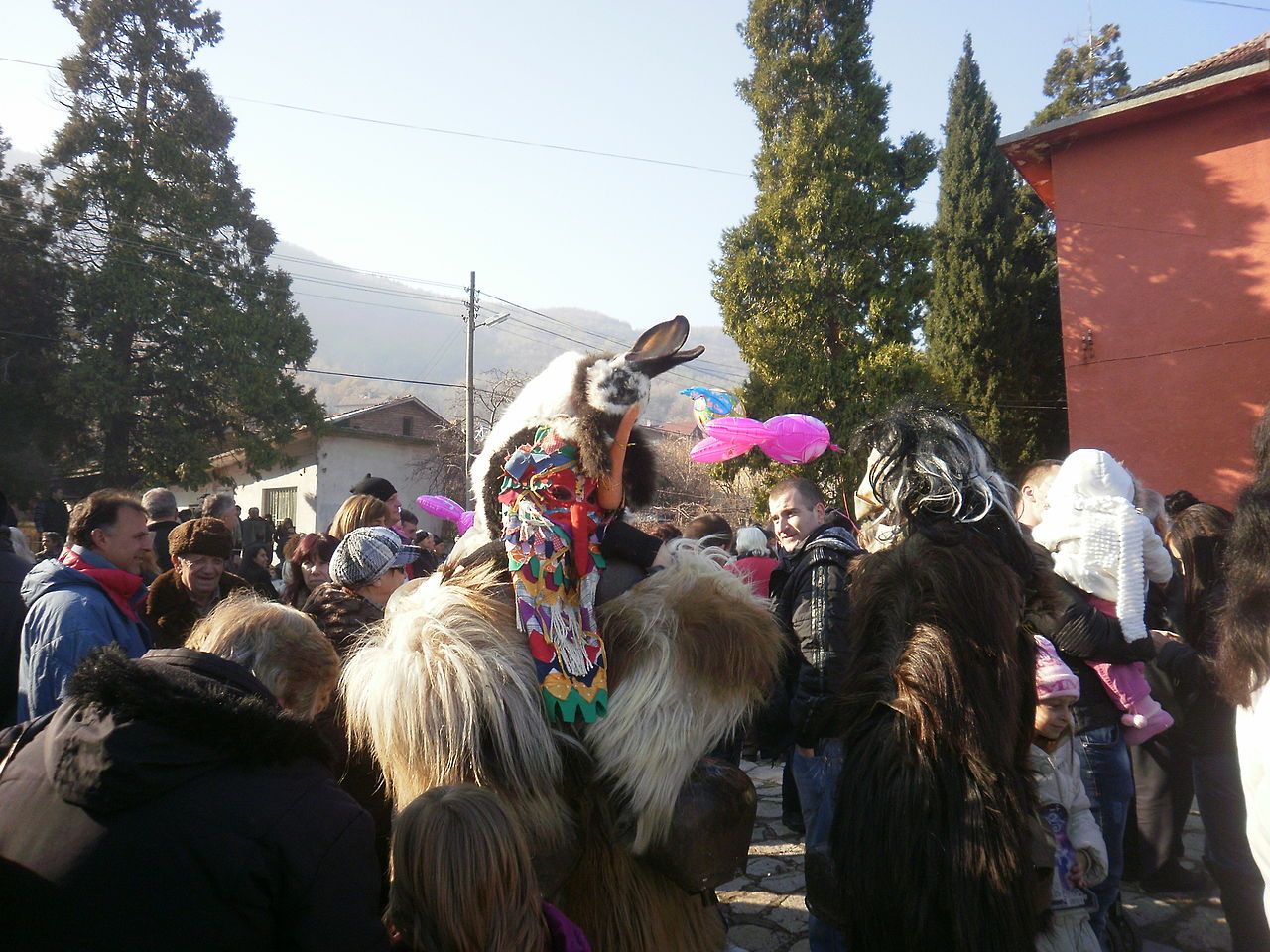 A kuker in a brightly colored mask in Varvara, Bulgaria. Note the rabbit complete with carrot on top of the mask and the extra-large bell at their waist. PHOTO BY SPASIMIR.

Today, the kukeri tradition is alive and strong in Bulgaria, although large parades are replacing the individual home visits of the past. If you’re so inclined, the annual Surva Festival of Masquerade Games[www.surva.org] is held in January and features kukeri from all around Bulgaria, so you can book your tickets to Bulgaria now and glimpse these amazing outfits in person. Just know that since the kukeri are associated with fertility, some of their dances and productions are—to put it mildly—on the bawdy side. For a PG look at the kukeri, check out this video from National Geographic.

Featured Image: A group of kukeri pose during the Masquerade Festival in Yambol, Bulgaria. PHOTO BY DARKWEAVERR