And He Called It Macaroni

If you’ve ever wondered at the meaning behind the lyrics of “Yankee Doodle,” it might surprise you to learn that the “macaroni” in the song referred not to a noodle, but to a rather odd fashion trend.

When I was a child, I never thought too much about the lyrics of “Yankee Doodle.” It was fun to sing, and the idea of a man putting a feather on his head and telling everyone it was a noodle was absolutely hilarious to 5-year-old me. It wasn’t until decades after I first sang the song that I learned from none other than Hamilton creator Lin Manual Miranda that macaroni actually refers to a very particular style of fashion and the men who wore it.

Back in the mid-eighteenth century, the men of the English aristocracy used to take what was known as the “Grand Tour,” on which they visited various famous sites throughout Italy as they indulged in art, wine, and of course, pasta. The favorite noodle of many was macaroni, a particular type of pasta not well-known in England at the time. These predominantly young men then returned to England with a love of all things macaroni.

They didn’t stop at pasta. These same young men of means also began dressing in what most considered an outlandish manner: tight trousers, short coats, and large wigs. To tie it all back to pasta, they would call things they loved and felt were stylish “macaroni” as in “Oh Edwin, those trousers of yours are simply macaroni!” 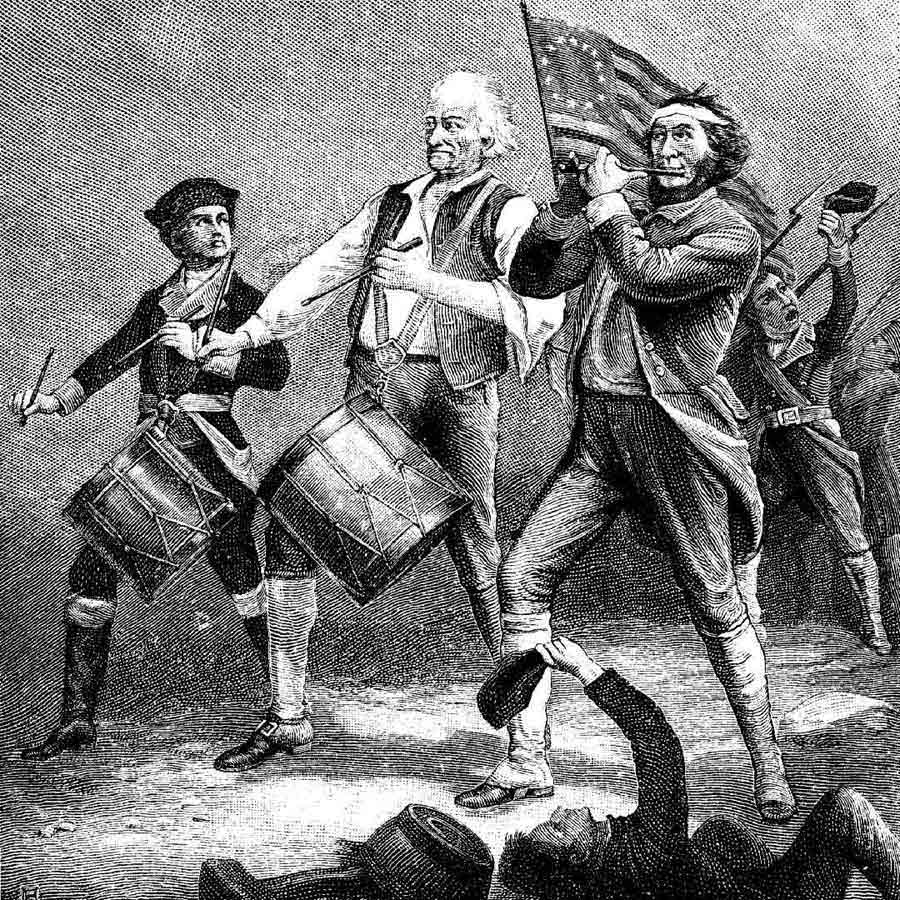 Though the song “Yankee Doodle” was meant as an insult, Americans made it their own, and the term Yankee Doodle became synonomous with national pride. Case in point, the patriotic image shown above, from the 1904 The Beginner's American History by David Henry Montgomery, is simply titled “Yankee Doodle.”

After about a decade, however, macaroni fashion eventually found its way beyond the aristocracy and, as so often happened, became no longer truly fashionable. Macaroni fashion also changed to become even more ostentatious. The tight pants and short coats remained but were now joined by fancy walking sticks, striped stockings, and even bigger wigs. Macaroni, as the men sporting this sort of dress were known, were now ridiculed for their clothing and seen as being less than manly. (Some modern historians posit that the macaroni should actually be lauded for their bravery because dressing so outlandishly during that time period was not for the weak.)

While Americans might sing “Yankee Doodle” with pride, it was originally sung by British troops in the late 1700s as an insult to the Americans. Yankee Doodle, in the song, was a dullard who thought putting a feather in his hat would make him fashionable. Once they’d heard the song, the American troops immediately took it and made it their own, singing it as a point of pride. Little did they know that more than 200 years later, children all over America would still sing that song with pride and, often, with a bit of a giggle at the end.