A Tribute to Samplers from 1929

The following is an excerpt from the November 1929 issue of Needlecraft —The Magazine of Home Arts' full-page article on samplers.

The illustrations seen here are the cover and an interior image from the November 1929 issue of Needlecraft—The Magazine of Home Arts (published by Needlecraft Publishing Company, Augusta, Maine). The following is an excerpt from that issue’s full-page article on samplers.

Almost priceless to-day, and but yesterday the work of little girls, the sampler presents perhaps the most charming story in all the history of needlework. How frightened and stage struck those same children of long ago would be if they could but come back to us to-day, and see with what awe and veneration we handle their childish efforts! What a justification of maternal admonitions towards industry and the reward of virtue! For this almost universal form of needlework, so unassuming in purpose and so naïve in execution, is no less a form of art than are the famous Elgin marbles or the treasures in our own museums.

The three oldest dated samplers are in the Victoria and Albert Museum in England, marked 1643, 1667 and 1969; and our own American Wing at the Metropolitan Museum of Art in New York City would be incomplete without its collection of samplers.

The earliest samplers were actually a sort of handicraft notebook, made of linen and containing samples of the needleworker’s art. Here were recorded patterns, stitches and color combinations. The word in all its forms – sampleth, sam - cloth, saumpler and samplere—was derived from esampler and examplier—an example.

Earliest samplers seem merely to have been a means of trying out or recording designs in embroidery and lace work. Pattern books were scarce. But as books became more prevalent, samplers began to be more a means of trying out patterns than of an actual record. The numerals and the alphabet became frequent. The young aspirants for honors in needlework killed three birds with one stone, learning their letters, stitches and figures at the same time.

Viewed as a comparatively recent art, which has been born and which achieved an apex in the not far distant past, declining within the memory of most of us, the story of the sampler can teach us many things.

Certainly it proves at least, that art flourishes sometimes in unexpected places, and springs from the most humble hands. 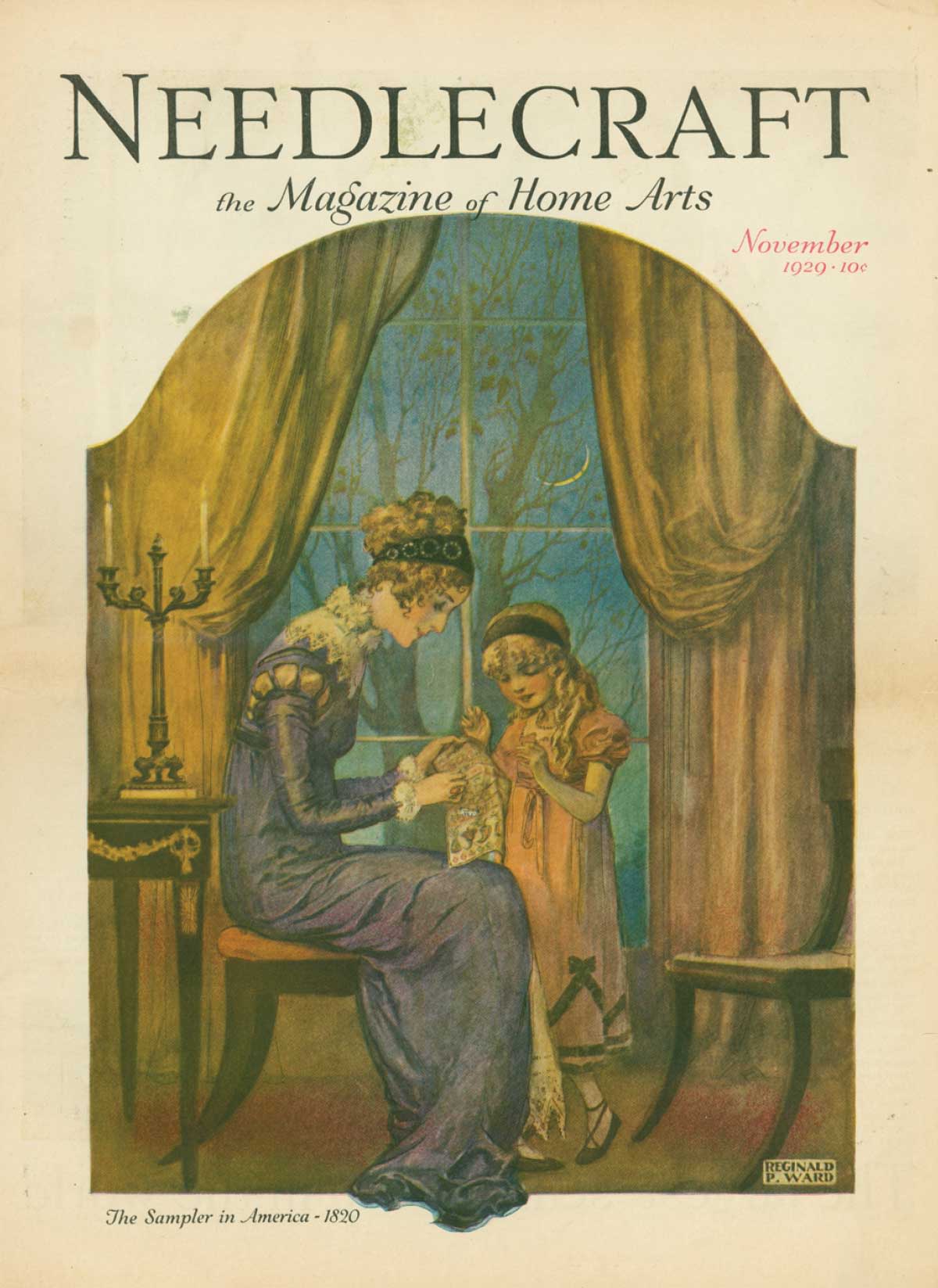 The front cover of the November 1929 issue of Needlecraft—The Magazine of Home Arts (published by Needlecraft Publishing Company, Augusta, Maine). 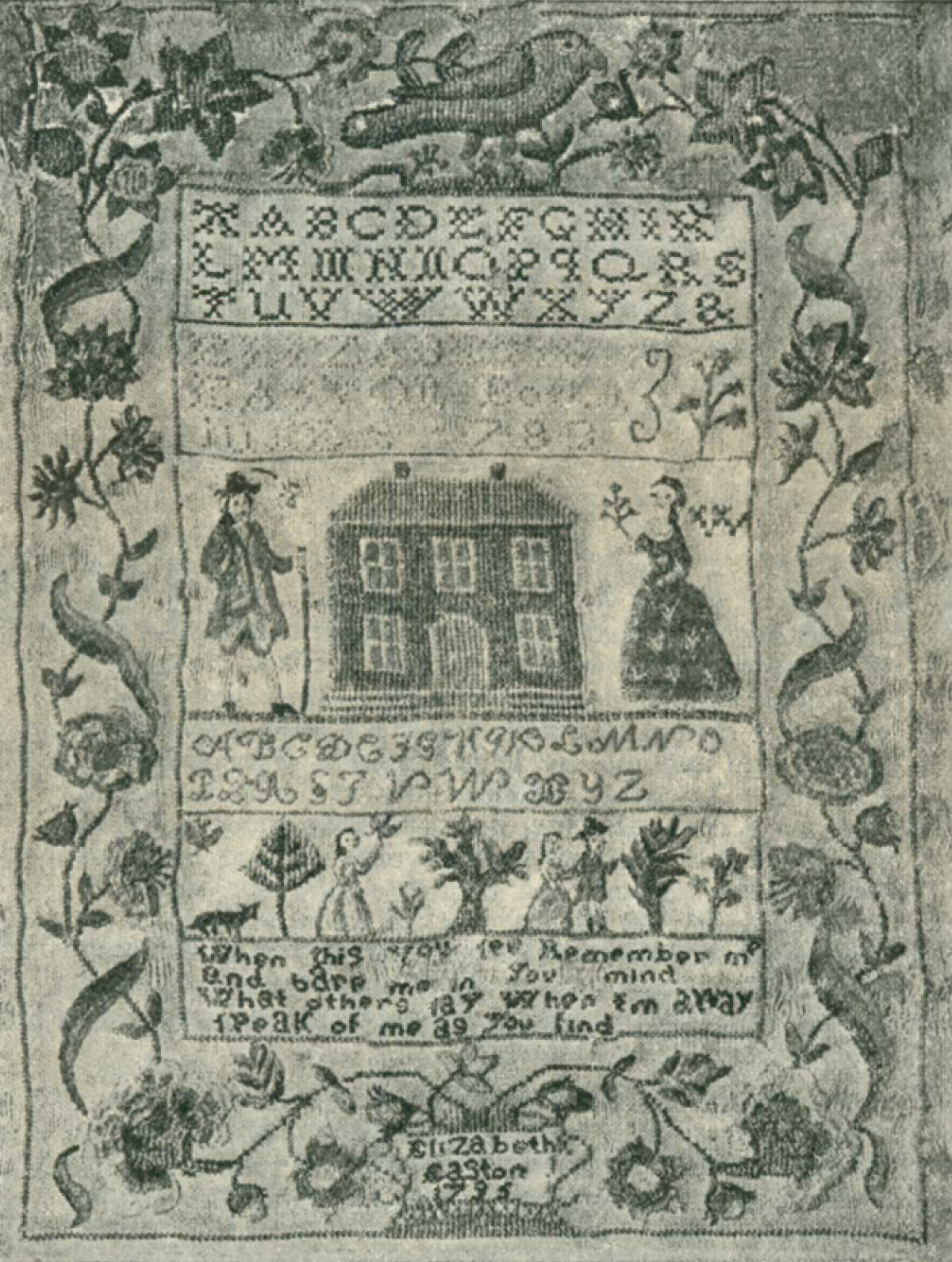 “Elizabeth Easton’s Sampler, 1795” from the article on samplers in the November 1929 issue of Needlecraft—The Magazine of Home Arts (published by Needlecraft Publishing Company, Augusta, Maine).

This article was published in the July/August 2010 issue of PieceWork.