Pearl Buttons: From England to the Czech Republic to Muscatine, Iowa

Until the day of zip fasteners, the button was king, and the most popular buttons of the wide range available were pearl buttons, manufactured in billions.

Until the day of zip fasteners, the button was king, and the most popular buttons of the wide range available were pearl buttons, manufactured in billions and remembered not only for their prettiness but also for the colorful cards on which they were sold.

Buttons appeared in Persia (Iran) in about 3000 B.C., not as fasteners, but as a method of identifying personal property. Over time, buttons became a component of items used to fasten garments. However, it was not until 4,000 years later that the buttonhole was invented, and buttons of many materials—wood, bone, metal, ivory, leather, woven material, and knotted thread—became popular.

In the nineteenth century, pearl buttons captured the public’s fancy. A combination of factors contributed to their popularity, including the availability of raw materials, mechanization, skilled labor, and a fashion demand for refined fastenings. Factories opened in the United Kingdom, the United States, Australia, India, Japan, and across Europe. 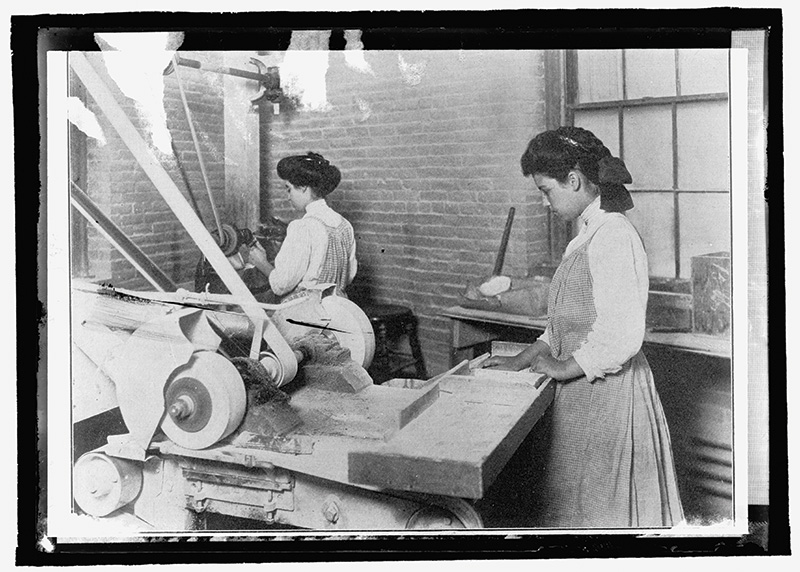 In England, small establishments in Birmingham and London increased the number of their employees and became more mechanized; by 1859, some 2,000 tons (about 1,000 kg) of mother-of-pearl shell was being imported into the United Kingdom. The majority and best-quality shells initially came from Macassar in the Celebes; lesser-quality shells came from Bombay, Alexandria, Panama, the Persian Gulf, Australia, and New Zealand. In the 1850s, 152 pearl-button manufacturers employing 1,700 workers flourished in Birmingham, England. Skilled workers, predominantly male, cut out circular blanks from the shells with a tubular saw; the blanks were split to the required thickness. Workers then drilled two, three, or four holes for sewing and then executed any required shaping or decorative work. Buttons were immersed in dilute acid, which cleaned them, enhanced their luster, and removed any minor imperfections. For many buttons, the last operation was to sew them onto display cards. 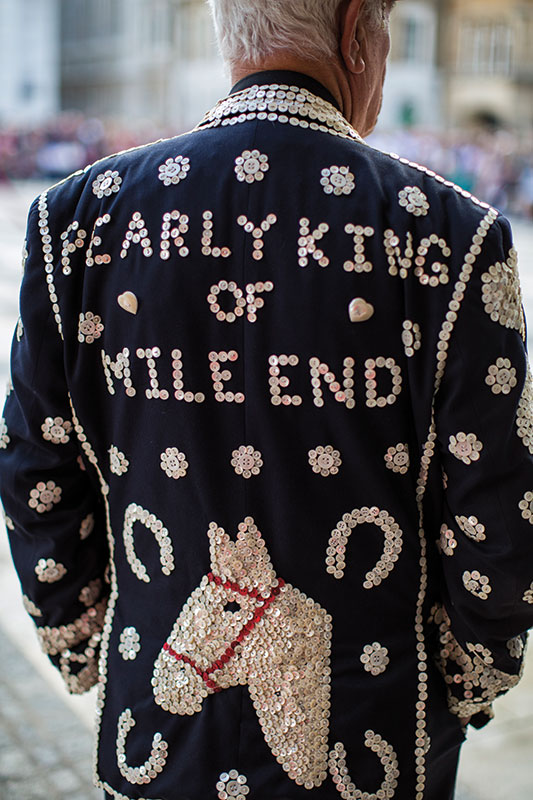 The Pearly King of Mile End pictured at Guildhall Yard during Harvest Festival on September 25, 2016, in London, England. The Harvest Festival features dancing and entertainment by participants in traditional costumes and concludes with a service at St Mary-le-Bow Church, home of the renowned Bow Bells. Dressing as a Pearly King or Queen, by wearing clothes adorned with pearl buttons, originated in the nineteenth century when London street sweeper Henry Croft decorated his uniform and began collecting money for charity. Learn more about the Pearly King and Queens in PieceWork’s July/August 1997 issue. Photograph by Jack Taylor/Getty Images.

By the end of the nineteenth century, there were more than 200 factories in London, and between 4,000 and 5,000 people were employed in Birmingham. It was the heyday of the pearl button, with output worldwide counted in billions. Wherever there was industry or a ready supply of shells, manufacturing flourished.

To read the rest of Christopher John Brooke Phillips’s fascinating article, “Pearl Buttons: From England to the Czech Republic to Muscatine, Iowa,” pick up a copy of PieceWork’s September/October 2017 issue.

Christopher John Brooke Phillips was born in England and now lives with his wife, Patricia Ann, near Valencia, Spain. A retired businessman, he researches and writes on matters of historical interest. Two historical novels set in the twentieth century are in the works.